Song Time with Eddie Gaisie was the first major concert put together by the tenor soloist in 15 years. It was hosted at Ablaze Chapel International, near Dzorwulu, on the 8th of November 2020. The concert featured the African Glorious Chorale and soprano soloist Mary Horlu. It was supported by PPlus Events and SingAfriChorale, an organisation founded by George Mensah Essilfie, the soloist’s mentor at Winneba Youth Choir.

The event was graced by Mama Biana Dadzie I, queen mother of Srogboe, Mr. James Varrick Armaah, founder of Harmonious Chorale and Very Rev Fr Labi, who has been instrumental in localising Orthodox music in the country.

Song Time with Eddie Gaisie began shortly before 5:30pm, with a lengthy introduction by the soloist himself, after which Kafui Smart took over the ceremony in his characteristic, energetic style. Eddie Gaisie provided some exposition on the rationale behind the repertoire of the first part of the concert: a series of popular works concert-goers will be familiar with. His choice of pieces reflected his desire for his guests “to be part of the singing”, since the selection was made for them.

Some of the works included in this part were the largo from Handel’s “Xerxes”, sang to the words “Holy art Thou”, performed as a duet by Eddie and Mary and accompanied by Gramophone Chorus’ Kwasi Twum Ndur; Franck’s “Panis Angelicus” and an English translation of “Ave Verum Corpus”, set to the music of WA Mozart.

The choice of English translations of the Mozart and Handel seemed to add weight to the desire to make the music more accessible to the audience.

The second part of the concert featured hymns from Ghanaian composers and the Methodist Hymnal. It began with George Mensah Essilfie’s “Lord I Hear of Showers of Blessing”, sung as a duet by the two soloists. This arrangement, in which each soloist sang their verses in turn, finally allowed the different characters of their voices to blend more coherently.

The second hymn performed was Holy, Holy, Holy, sung to a tune by Harvey Essilfie, a celebrated organist and departed brother of George, led by Eddie Gaisie and backed by the African Glorious Chorale, with a thrilling finale that included Daniel Binah from the Ghana Police Central Band. 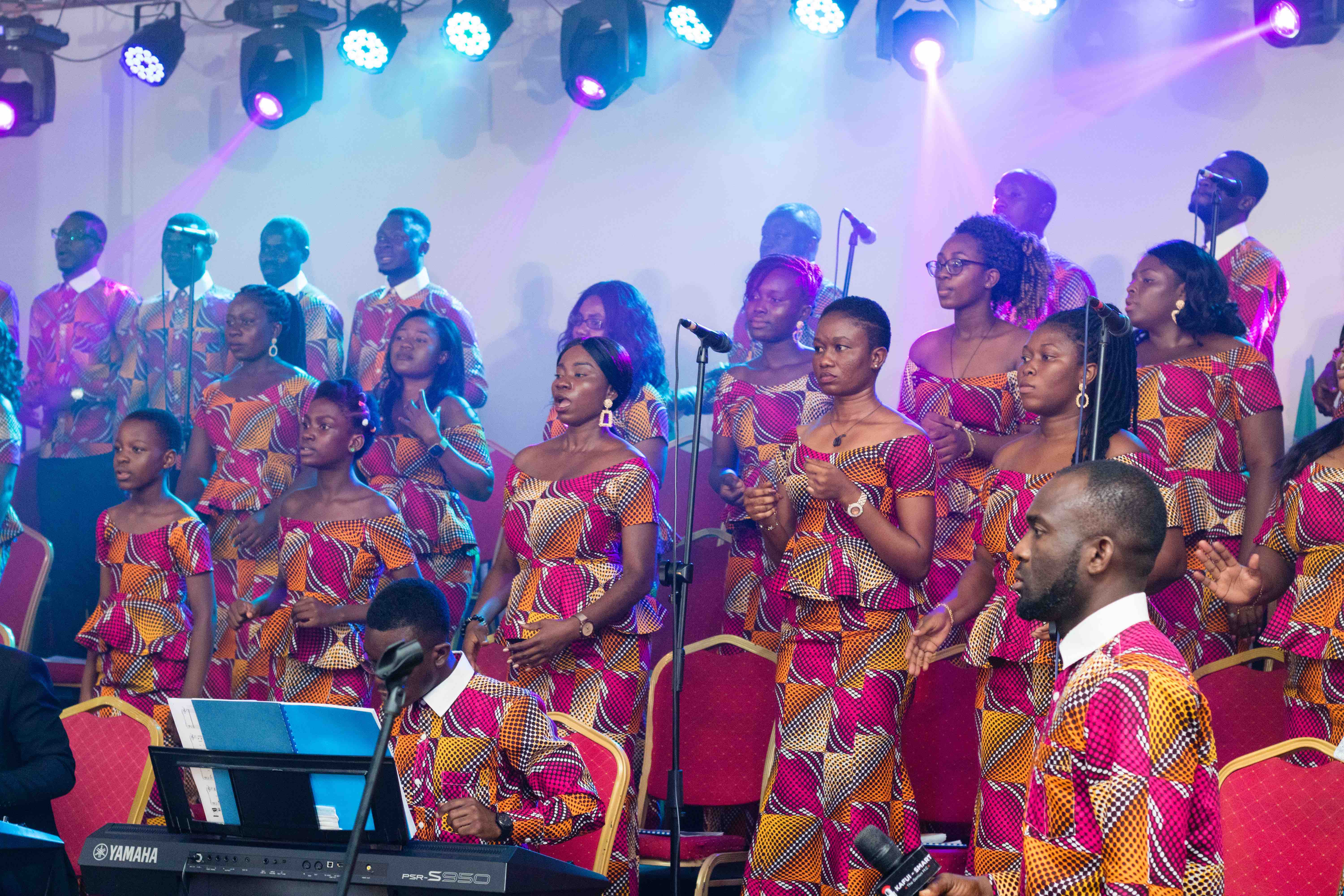 The final part of the concert was dedicated to works by Ghanaian composers. Mi Ye Gbomo Ko, by Pappoe Thompson, was the only piece performed by the choir without soloists. Perhaps one of the most exciting takes of the night was on Newlove Annan’s “But They That Wait”. From Ndur’s unconventional introduction to the piece, to the syncopated melodies sung by the two main soloists in contrast to the choir’s more original rendition, the infusion of innovation into this anthem breathed new life into the work, while maintaining the spirit of the Newlove classic.

Eddie Gaisie was extremely jovial and immensely grateful for the acceptance of his performance, and their generosity in being present for his first major concert. He teased them with two concert proposals, one themed around Christmas, and another that may be held in the new year.