Happy New Year!
2016 was an eventful year for us at Choral Music Ghana, and Ghanaians in general. In this editorial, we will highlight our best and most challenging moments, taking a look at those who inspired us with their dedication to the musical arts, as well as look forward to an exciting 2017.

We began the year with a small recognition of one year of service to you, our cherished audience. If there's one thing I'm grateful for, it is the enduring enthusiasm you have for our work, which constantly pushes us to do better and push the boundary on critically acclaimed commentary on Ghana's art music.

In February, our organisation held its first event, an international collaboration with the help of the Nigerian Philharmonics Company, which saw Andrew Egbuchiem, Alfred Patrick Addaquay and award winning pianist Geir Henning Braaten perform African and European piano music to a small audience at the British Council in Accra. 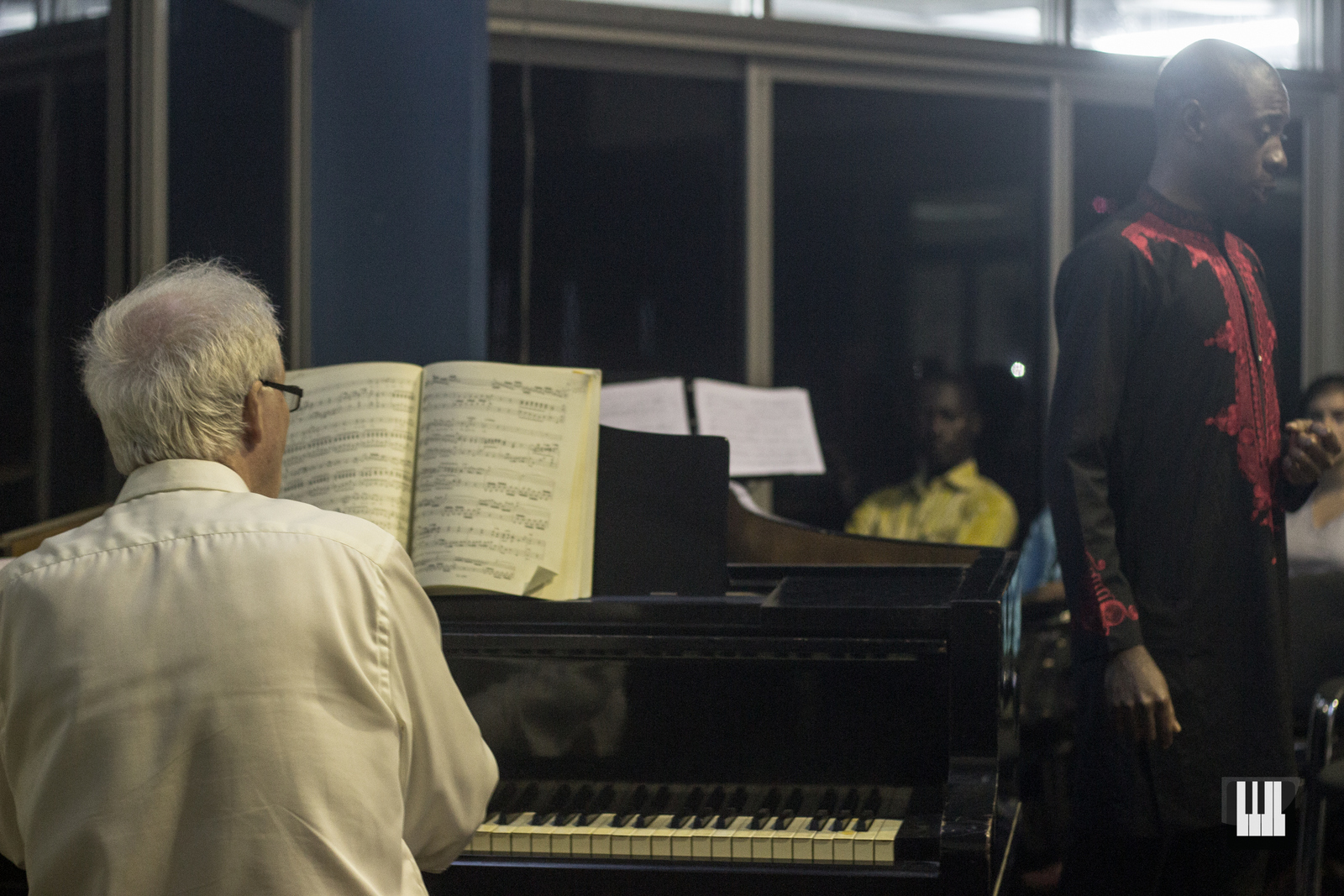 Our concert, titled "Promoting Classical Music in Ghana", was geared towards just that end: improving the state of music appreciation in Ghana by having performers engage their audience with thrilling recitals with the intention of leaving everyone entertained and educated. Later this year, we hope to bring you another concert in the spirit of the first, featuring some of the many musicians we have come to know (and admire) over the last twelve months.

Early last year, we introduced Elikplim Adzroe, the most musical man in Ghana's police force. Eli has been a friend of Choral Music Ghana since its earliest days. Finding out he was an experienced and forward-looking musician piqued our interest the first time we met at the Laudateur Christus premier, and we have since followed up on his work as he tries to carve a niche for himself in Ghana's vibrant choral music scene.

In another inspiring first, Choral Music Ghana's Enam Akpalu brought us a round up of albums released in 2015. It's always a good thing to keep up with the latest recordings of our favourite choirs, especially those that churn out CDs with every event (Gramophone Ghana, we're looking at you!). Although there have been less productions in 2016, we will do the same and give you highlights of the best productions of the year.

Another big day for Choral Music Ghana was the addition of Nii Adjetey to our editorial team. Nii is a hardworking writer/student of Swahili who is very active in Ghana's choral music space. His feature, "Role Modelling in Music" was met with a lot of praise and helpful suggestions which we're taking very seriously in later features.

Last year was also the year of book launches. We attended three such events: the first was the launch of Miss Joyce Aryee’s “Inspirational Stories behind our Best-loved Hymns”. The book, in the spirit of her weekly radio show on Sunny 88.7 FM, looks into the lives of the composers and circumstances that gave rise to hymns we’re all familiar with.

Our second and third book launches were of composers who form the bulk of the repertoire of most choirs in Ghana: Kenn Kafui and James Varrick Armaah. Both books were collections of scores compiled for musicians. A theme that was constant through all events was the need to patronize the works of living musicians in ways that will benefit them, since most of them have to eke a livelihood from their creative output that is threatened by the ease of piracy today.

With a general election looming, our May editorial focused on the flurry of activity themed around local politics. The most significant (in terms of sheer interest) was the "peaceful elections" theme, which saw several major choral groups in the country organise concerts promoting a non-partisan, nationalist agenda.

While we commend our favourite ensembles for the effort they made at insisting Ghanaians do not resort to violence to sort out their political differences, we found some of the "political" work of our musicians more newsworthy:

Of course, one of the biggest stories we published this year was on Witsfield Kwablah's "Dumsor" song, which hit social media the weekend prior, and went viral by the start of the next week. The song was so popular, it aired on Joy FM's Weekend City Show, and did a lot to prove that art musicians in Ghana are very much on the ground and aware of contemporary social issues.

Speaking of which, we briefly mentioned Samuel Yawson's composition that marked the anniversary of the tragic floods and fires that plagued Accra in mid 2015, as well as Celestial Evangel Choir's continuing advocacy on Childhood Cancer awareness. This year, as our focus turns to musicians, we're sure to bring you more personal stories of how art musicians converse with the world around them. 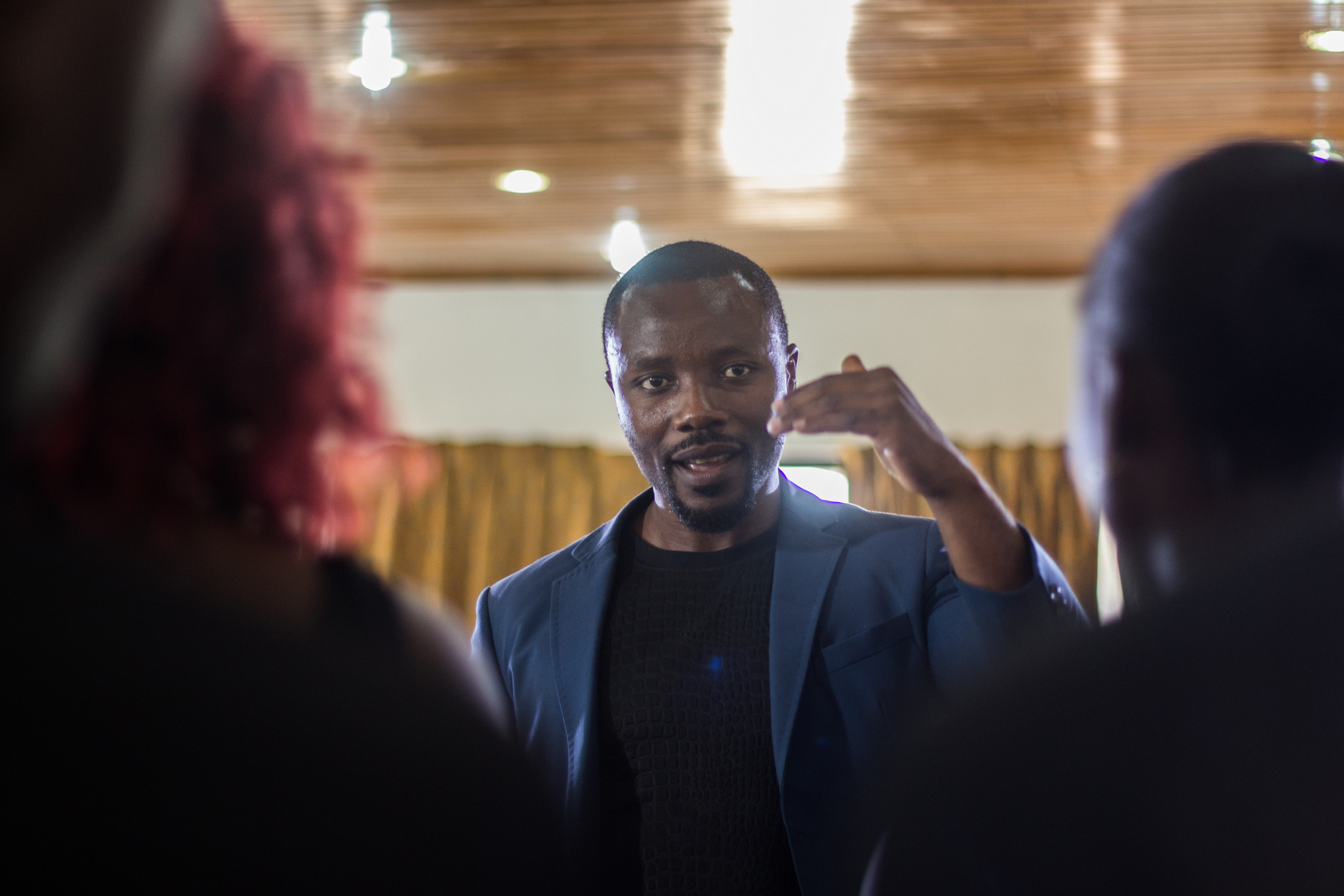 In mid November, Grace Chorale starred in a Frutelli ad that featured the stunning voice of Guy Bertrand, the leader of the choir. I spent the whole morning/afternoon of the shoot with the choir at Miklin Hotel, and I found renewed appreciation for his vocal range.

This brings us to our biggest discovery of the last year: Lumina and the Accra Symphony Orchestra.

We missed Endless Love in February, but looked forward to "Accra goes to the Opera", which was eventually held in late September. The concert featured a stunning display of operatic and orchestral music backed by ICGC's Pastor Mensa Otabil and others. It was, by far, the best concert we have attended since this project started, and is probably the most significant we have seen since Addaquay premiered his oratorio in 2015. 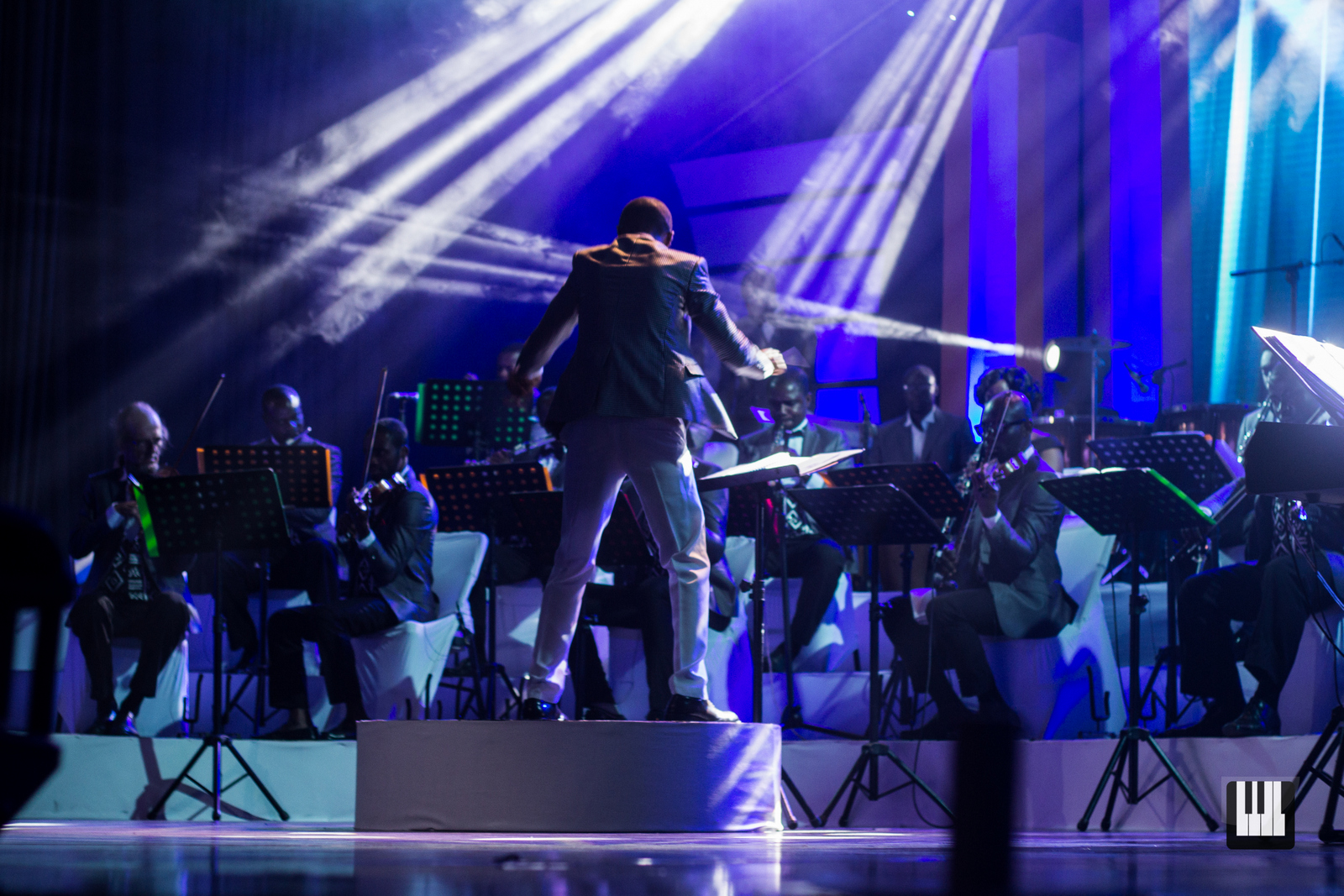 Although our discovery of Lumina and the ASO has been late, we're confident that in the coming years, we'll feature even more impactful work from the most high-profile professional ensemble we have come to know - and admire.

This year also saw a number of international collaborations: the first we mentioned was our own concert with the Nigerian Philharmonics Company. Celestial Evangel Choir brought us Dr Randall Kempton from the United States. Achimota School hosted Ghanaian concert pianist William Chapman Nyaho in a performance with Edwin Ferguson Jnr and the Afro Maestro Orchestral Ensemble at the inauguration of their Music School.

Although 2016 was eventful, we’re already anticipating more great music from the rising number of actively performing orchestras in the country. Aside the seasonal favourites, we’ll throw more light on the great personalities who work to entertain and inspire us with the best of their musical talent.

There's much more coming from Choral Music Ghana that we can't wait to roll out to you as the year grows older. Keep an eye out for us!