On Sunday the 29th of October, scores of ardent followers of choral music trooped to the Accra International Conference Centre to join Harmonious Chorale, Ghana’s and Africa’s finest choral ensemble, to celebrate 10 marvelous years of promoting choral and classical music in and out of the country. Titled "Nyame Ye", the concert was an offer of thanks for how far the choir has come.

Since its inception in 2007, when the Harmonious Quartet was expanded into a full choir, the group has been at the forefront of a renaissance of choral music in Ghana. The choir has become a yardstick for which all others in Ghana are rated in terms of quality of performance, costumes, financial and organizational structure in the industry and popularity on social media.

I have been following this choir since my senior high school days - for almost a decade. Many of my fond memories are of Harmonious Chorale programs, of which I have witnessed most. Like the hundreds who came to the Conference Centre, my expectations were high. Unlike at other events, most of the audience arrived about an hour to the commencement of the programme, hoping to secure good seats. Unfortunately, they had to wait outside for a while as the organizers concluded their setup.

When we were finally ushered into the auditorium, many of us were not given brochures. Dr. Joyce Aryee was gracious enough to address this, admitting that there weren't enough funds to publish more, and a good number of the brochures had to be sold as tickets since the concert was overbooked.

After an interview session with some members of the audience and other stakeholders of the choir, the anniversary concert took off with a talent exhibition by selected individuals and the four vocal parts. This began with a recital by Augustine Sobeng, who played Bach’s Toccata in F Major. The sopranos sang a “Salve Regina” based on Pachelbel's Canon, followed by Mozart’s “Hallelujah”, performed by the altos. The tenors performed Luigi Denza’s “Funiculi Funicula” and the basses sang the “Toreador Song” from Bizet’s Carmen. Joel Aidoo and Yvonne Doe performed “You Raised Me Up”, and Lordina Osei, Kennedy Dankwah and Joseph Quaynor performed “O Surdato ‘Nnammurato”. Six "Queens of the Night", Mavis Asare, Constance Wilberforce, Sarah Osabutey, Rita Antwi, Ivy Wilson and Leslie Carine, performed "Der Hölle Rache Kocht in Meinem Herzen", from Mozart's Die Zauberflöte.

After this, a short documentary highlighting significant moments of the choir's ten-year history was shown. It was quite a sight to see the young Varrick Armaah and Kennedy Dankwah performing in the early years of the choir. By tracing the history of the choir, many of us in the audience appreciated how a single man with a vision and the right people could spearhead such a significant cultural moment in the country. The transformation after ten years of doing such great work was evident. The screening of the documentary was followed by a series of performances from previous anniversary celebrations. These included JG Koomson's "Aseda", Newlove Annan's "Your Grace and Mercy", "Yɛdzɛ Wo Kɛsɛ Yɛ Ma Wo" by George Mensah Essilfie and others.

Unfortunately, these performances were marred by sound issues. It seemed not to help that Mido Productions, one of the leading sound engineering companies within the art music space, was in charge that night. The situation was bad enough that displeasure could be seen on the faces of some choristers, and sections of the audience grumbled.

It only got worse. The sound problems persisted during the performance of Precious Omuku, an affiliate of the choir from Nigeria and a guest soloist.

The next set of performances were under the baton of Michael Dingaan, a famous conductor and friend of Harmonious Chorale from South Africa. He led the choir in popular works by Felix Mendelsohn, Arthur Sullivan, Haydn and Handel. Most of these were interrupted by feedback from speakers and the generally poor sound. One highlight of this section was the passionate conducting of Dingaan, which impressed a lot of us. 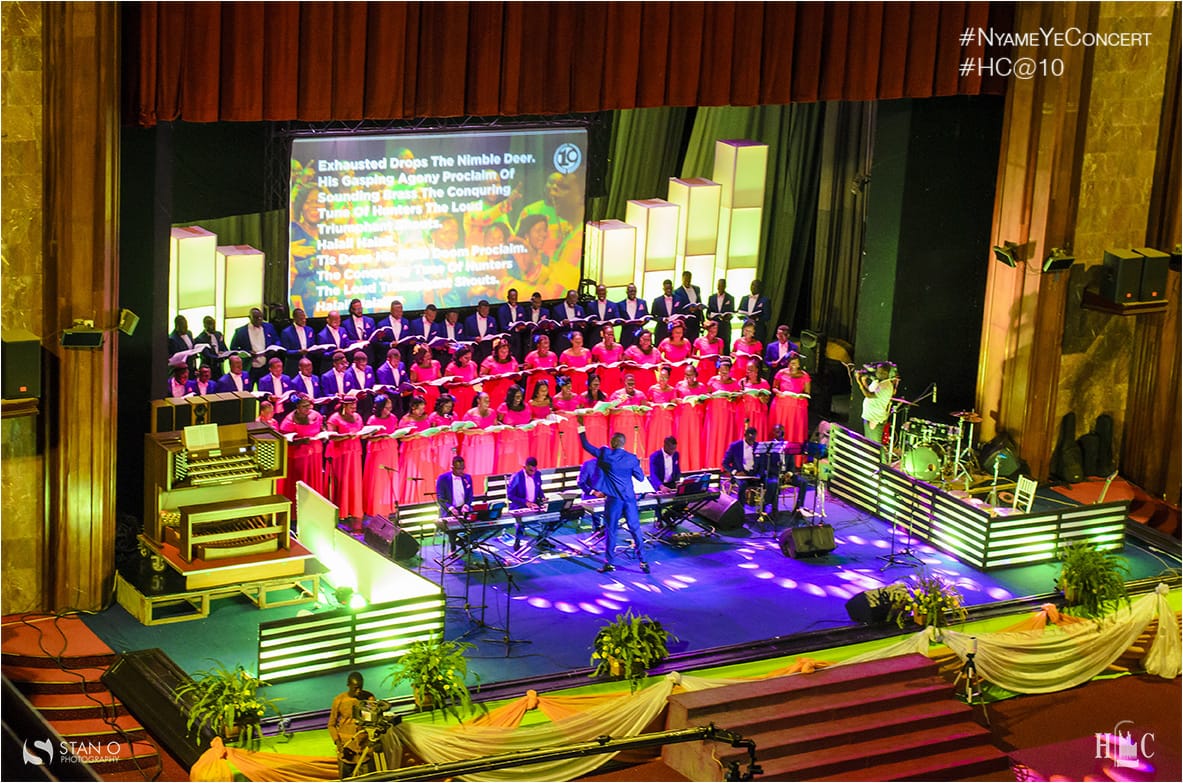 A night such as this could not end without recognizing the hard work members of the choir and its affiliates have contributed to its success. As we've come to expect from Harmonious Chorale events, a good amount of time was spent awarding significant personalities of the choir's success story. Perhaps, too much time was given for this, as it caused some members of the audience (who, it seems, only came to enjoy good music) to grumble. 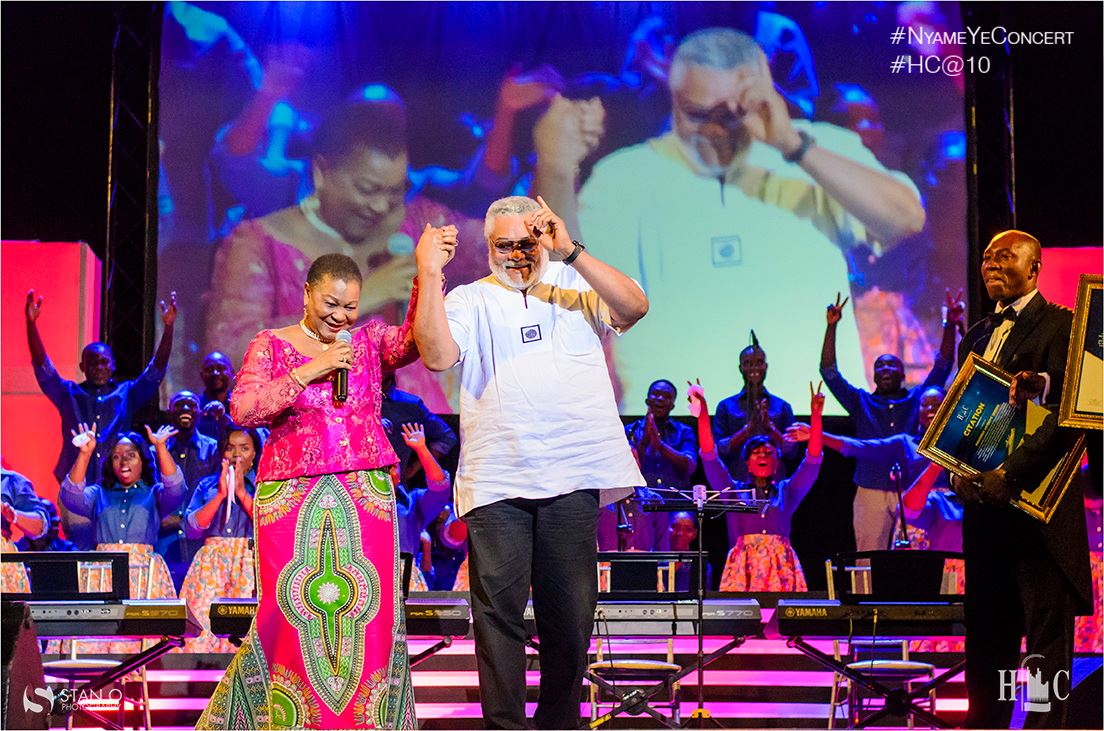 The night ended in a series of highlifes, which a lot of us were waiting for. Included in the medley were an obvious selection of hits including "Nyame Ye", "Ebenezer", "Menim Nea M'anya", "Wonkoara" and "Oye".

This 10th Anniversary celebration is a milestone achieved through the remarkable selfless dedication from members and patrons of the choir. The team at Choral Music Ghana extends its wishes to the choir for the work it is doing, and the many good things it has inspired. Despite the minor setbacks during the night, we're confident that James Varrick Armaah and his great choir have earned their top spot as Ghana's highest profile choir.