Klassicals of the Season at Easter

On the night of Friday, 16th March 2018, Seasonal House held its fourth concert. The Easter-themed event, titled “Klassicals of the Season”, saw soloists from Seasonal House accompanied by musicians from the most outstanding chamber orchestra in Accra, the Afro Maestros Orchestral Ensemble. It took place at the Christ the King Parish Hall in Accra.

Seasonal House is a classical music production entity that aims to gather the best singing talent in the country for seasonal performances throughout the year.

Although no explicit indication of this was given in the marketing material, “Klassicals of the Season” was a very Christian event, with the performances and expositions tailored to highlight the emotional (more than it did the moral/theological) aspects of the traditional Passion story.

On entering the Christ the King Parish Hall, we were plunged into an extremely dim lit auditorium, with a single spotlight on a single music stand placed centre stage. Behind the stand were the seats for the chamber orchestra. The ensemble included two violins, a viola, a cello, two flutes, a percussionist on a standard drum kit, Patrick Agbodza on the trumpet and Edwin Ferguson Jnr. on an electronic keyboard. 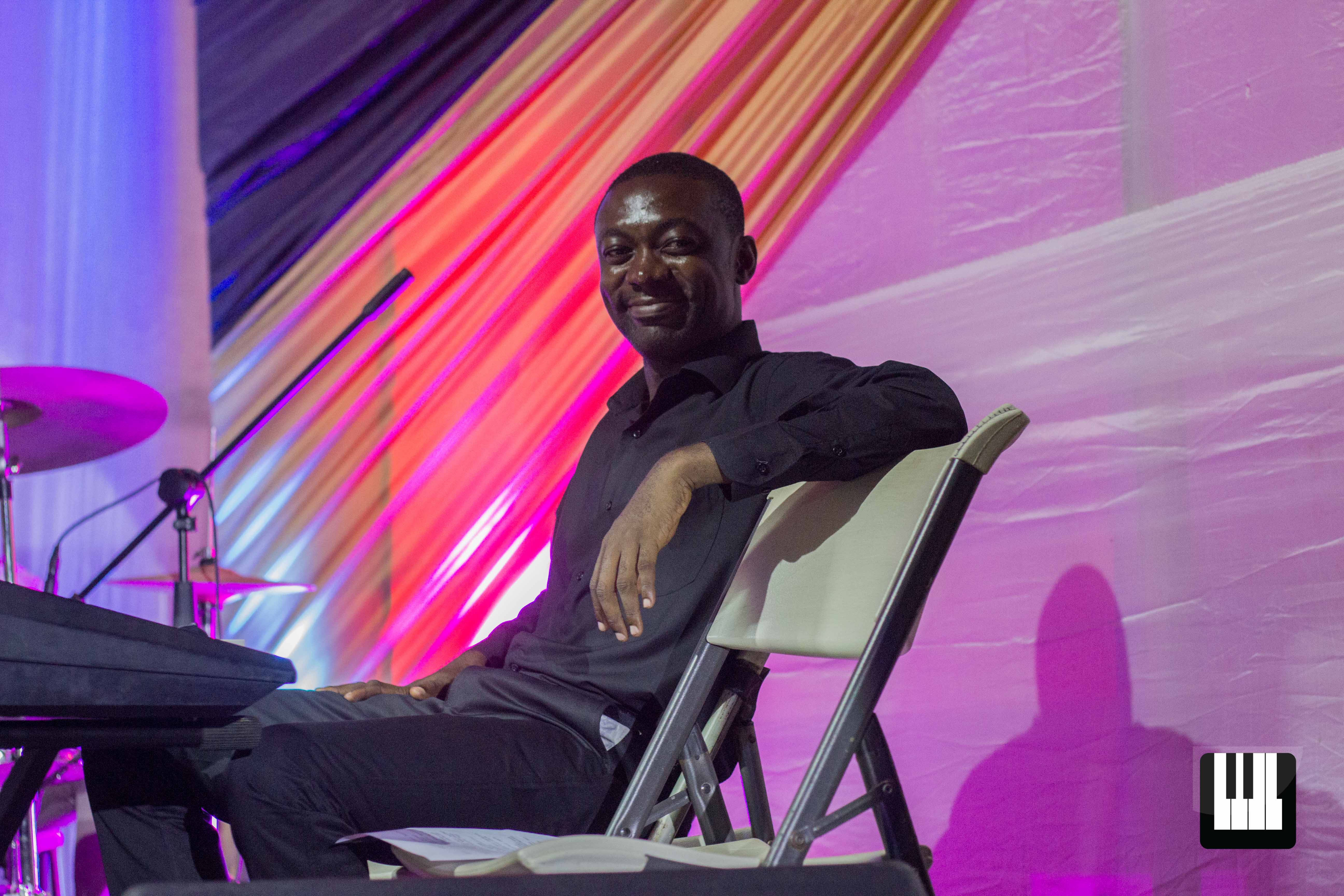 The audience that made it before the start of the event had several minutes to enjoy the sombre atmosphere and the playing of Edwin, who whiled away the time improvising on his keyboard.

At about fifteen minutes past seven, Patience Dapaah, the MC for the night, walked to the stage to give the opening prayer. As part of her address to the audience, she went through a few rules of etiquette for the audience to follow: no phone disturbance and no clapping unless instructed to, to allow other members of the audience to enjoy the music they came to listen to.

With that out of the way, she introduced the first part of the concert: a selection of songs focusing on the life of Christ in “dreams and perfection”. The curtain raiser for this first part was “The Lord’s Prayer," performed by Michael Aboagye. This was followed by “A New Commandment” by Kennedy Dankwa, and “I Dream a Dream," a number from Les Misérables, performed by Mitchelle Ajeigbe. 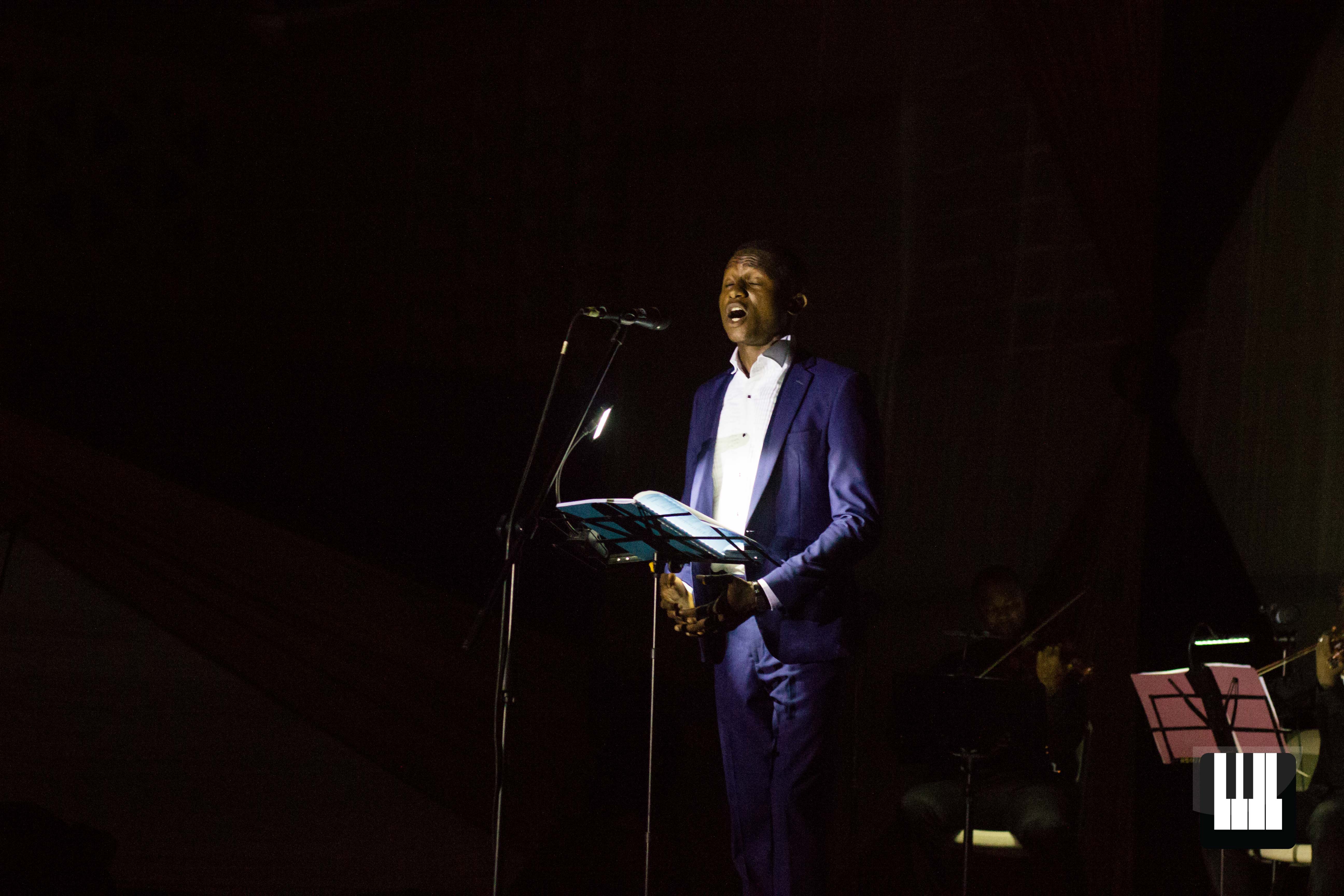 Right from the start, the uniqueness of this event was apparent: Klassicals of the Season was, in many ways, a small concert. The audience was a fraction of what we’re used to seeing in the country’s highest profile programmes: well under a hundred and fifty people were present at the height of the night’s event. The mood created by the sparse lighting and the lightly playing chamber orchestra contributed positively to the intimacy of the night. This was further heightened by the MC’s deliberately soft speaking any time she introduced a new part of the program. If all this was a deliberate effort to define the mood for the night, it was well executed. 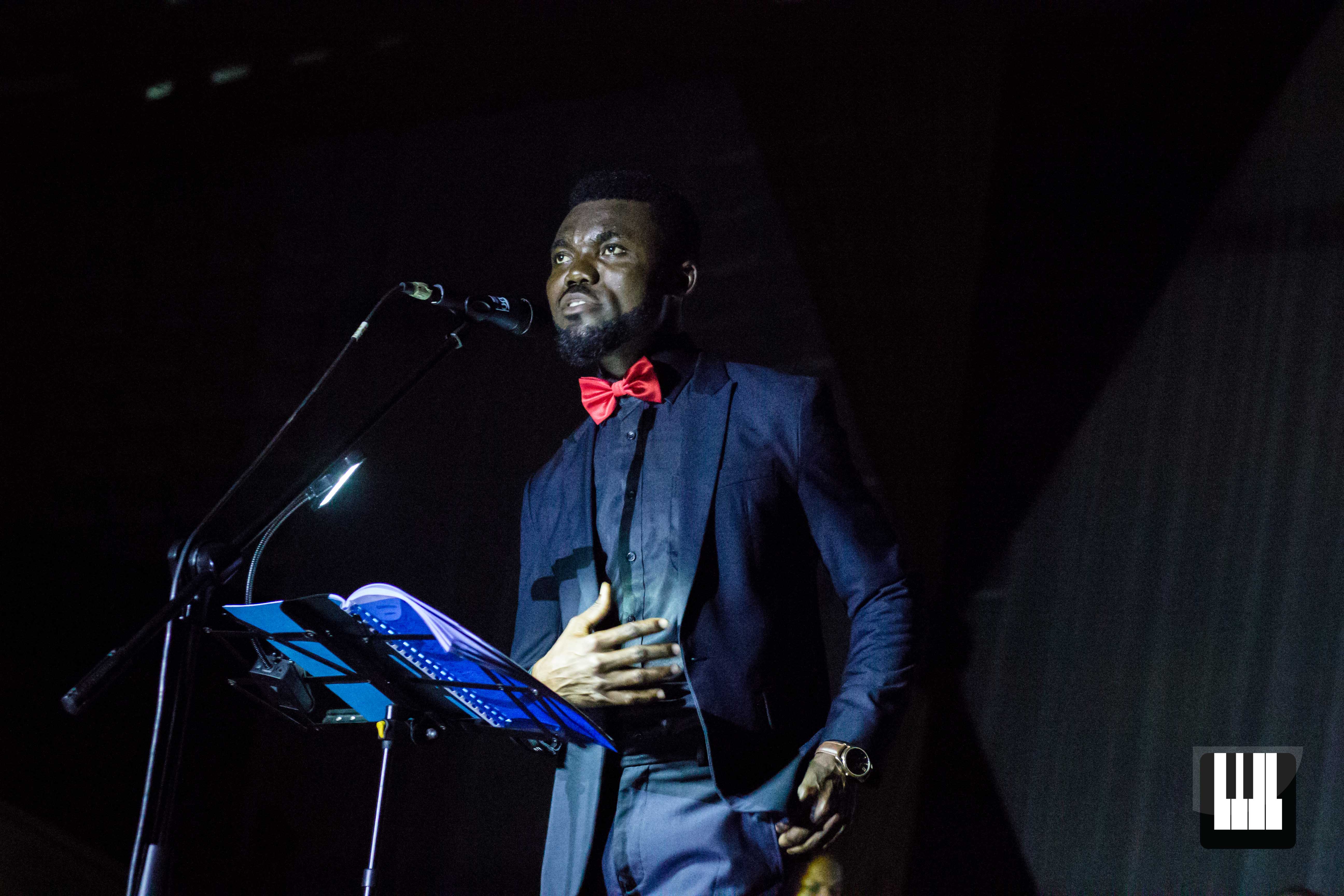 In keeping with the atmosphere, the spartan stage setup marked, for us, a fascinating departure from other concerts we have witnessed previously. With only a music stand, a reading light, a microphone and a song book to themselves, each singer, after the introduction of the section of the program, simply took turns walking up to the microphone to sing from their book, bow and leave the stage for the next act. After sitting through the first part of the program, the ritual became a welcome interlude between performances. If we felt the need to describe this edition of “Klassicals of the Season” as a series of very excellent vocal recitals, this was why.

Another aspect of Klassicals of the Season worth noting was its heavy reliance on acoustic instruments. With the exception of those few performances that only required keyboard accompaniment, the evening’s performances were more “traditional” than what is usually experienced. 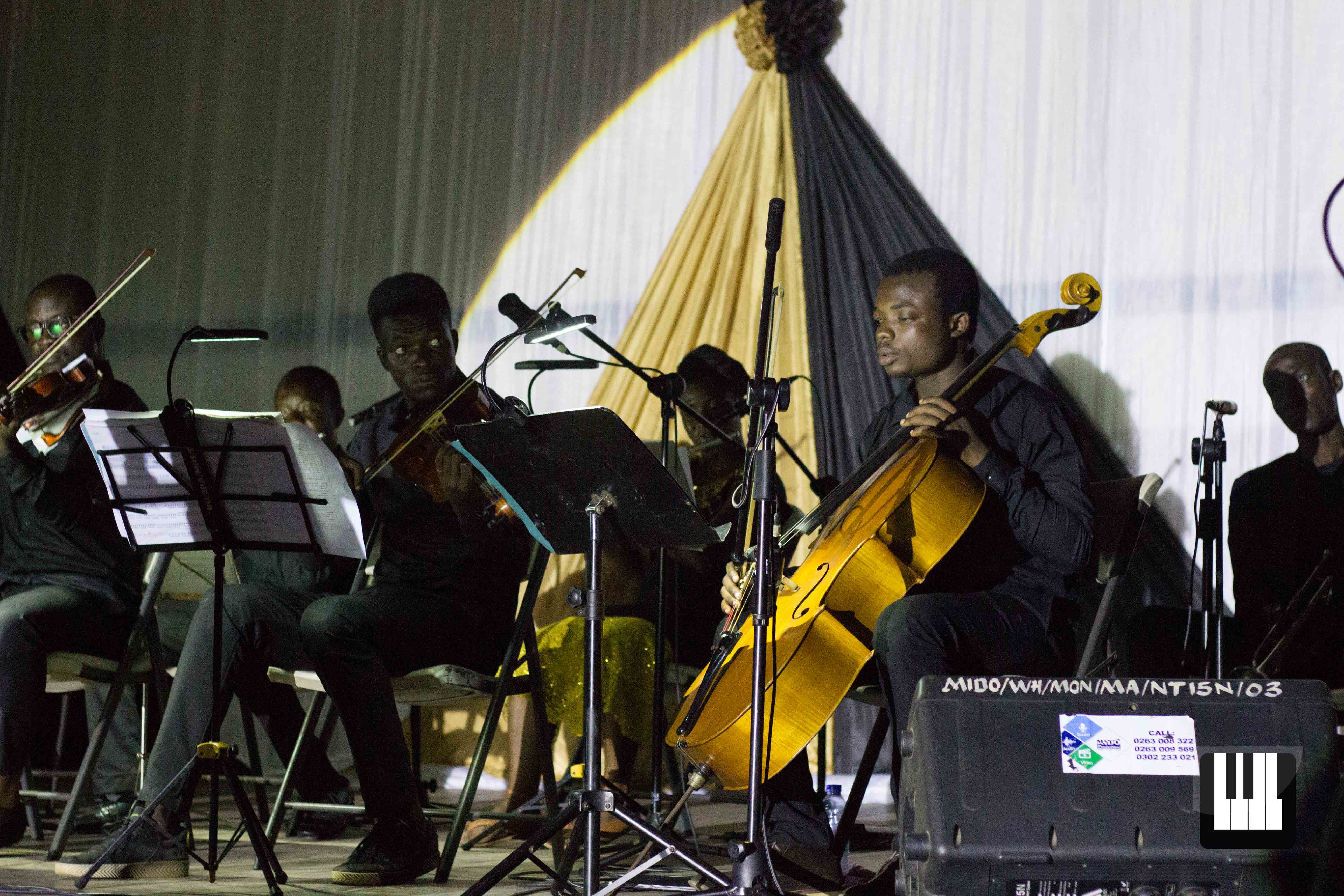 The second part of the program focused on the Passion proper. It was the longest section, with ten performances beginning with Samuel Okpoti Nsiah’s bold rendition of “On a Hill Far Away," and ending with a charismatic duet by two stalwarts from Harmonious Chorale, Kennedy Dankwa and Joseph Quaynor, who sang John Stainer’s “So Thou Liftest Thy Divine Petition”.

The third part of the event took a more joyful turn, focusing of themes of Resurrection and Hope. It began with two performances from Leslie Dro Guede. Leslie opened the third quarter of the program with Handel’s “I Know that My Redeemer Liveth," from his Messiah. This was followed by the more uplifting “Hallelujah” from Mozart’s “Exultate Jubilate”. The second duet of the night saw Franklyn Gyimah and Mitchelle Ajeigbe sing Handel’s “He shall feed His Flock," also from the Messiah. 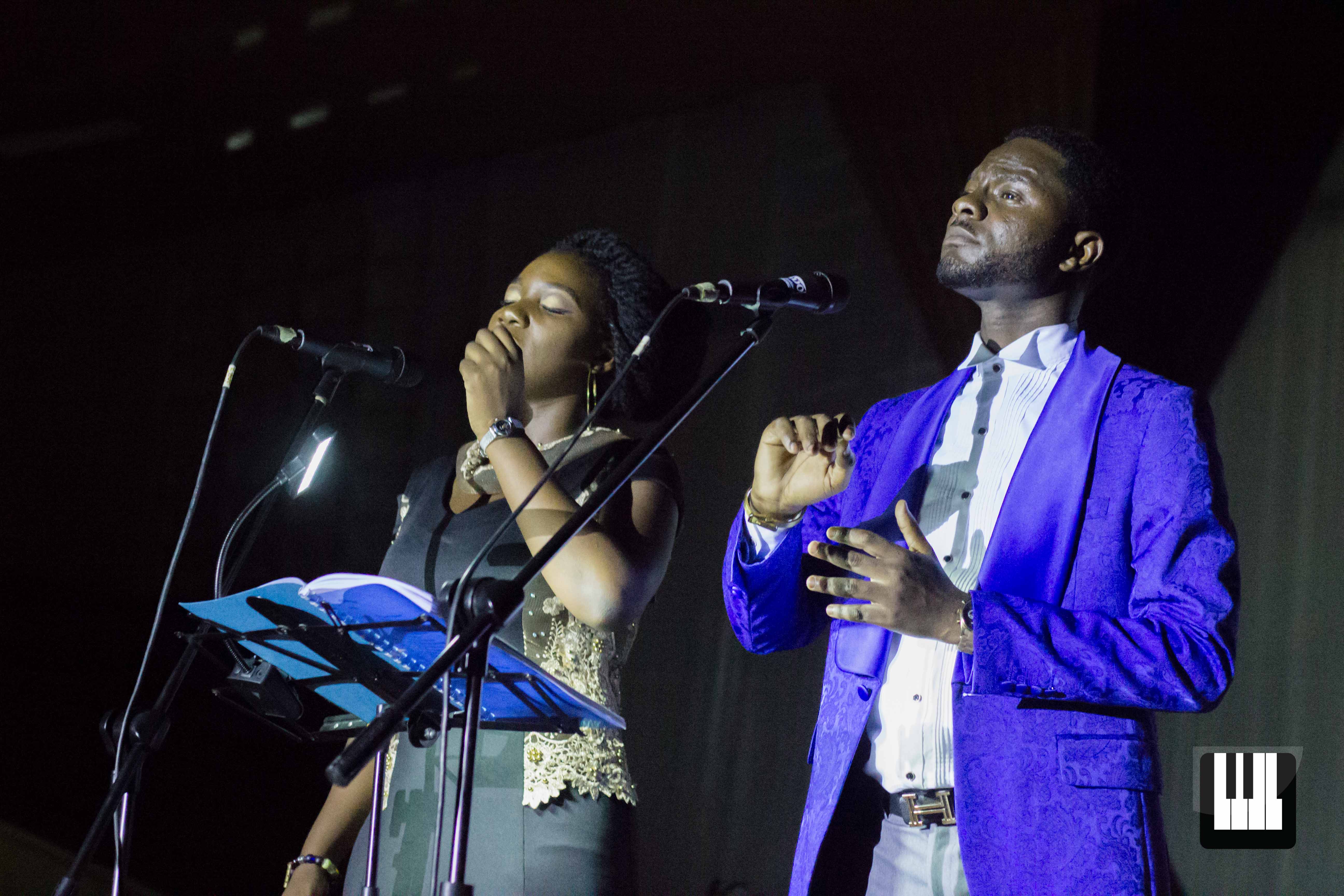 The selection of pieces that made up the fourth and final part of Klassicals of the Season spoke to uplifting themes of love and goodness. This part felt like an extension of the previous, after the expected triad of trial, suffering and resurrection had been completed. This final section saw Kennedy Dankwa and Patrick Agbodza repeat their charismatic performance of Handel’s “The Trumpet Shall Sound” which they previously performed at Classical Laughs 3, Harmonious Chorale’s Angel Buegre sing “But Who May Abide” from the same composer, and Mitchelle and Joseph end the evening’s performances with “The Prayer”. 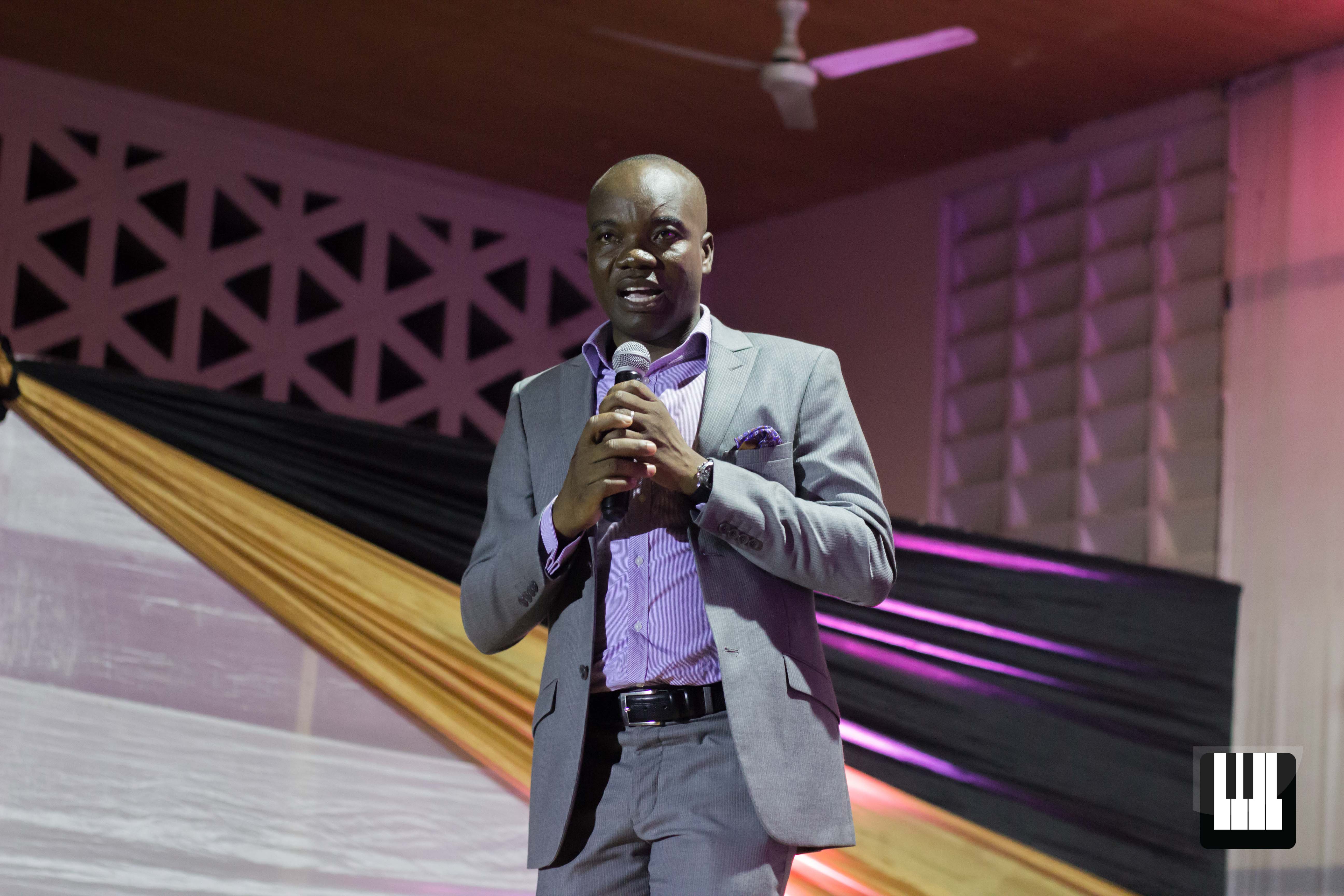 For a "small" concert, Klassicals of the Season felt drawn-out, lasting nearly three hours. When the singing was over, the audience was addressed personally by the founder of Seasonal House, Paul Yelzaalem. He thanked them generously for their patronage of Seasonal House events in spite of their relatively pricey tickets. He was frank about this fact, that the paying audience contributes significantly to the success of his vision.

He took time to introduce the performers, from each musician of the orchestra (which accomplished with just two days of preparation what similar ensembles cannot match,) to each soloist. The success of his organisation in discovering singing talent from across the country was apparent from the varied background of his singers. While some of faces (and voices) are already well established in the industry, upcoming talents such as Mitchelle, the newest member of the group and a student of Family and Consumer Science at the University of Ghana suggests that this enterprise is determined to find and nurture fresh talent.

The final "performance" saw all soloists sing John Johnson's setting of "Lift Every Voice and Sing" in chorus.

We find Paul’s vision among a growing trend in this industry of highlighting individual singing talent and a more explicit focus on Western Classical music. For fans with an inclination towards the exotic, Seasonal House seems to be on its way to becoming a staple on Accra’s musical calendar.