Jesse Johnson honoured a promise he made months back to be at the Living Choir’s annual Christmas concert. This year’s event was also used to launch the young choir’s maiden album, Taste and See.

I recently met Blessed Yawson a few months ago when Pax Choir UG held Singing with Meaning at the St. Thomas Aquinas Parish. I’ve known of Blessed’s Living Choir since we started Choral Music Ghana, almost exactly a year ago. His was the first choir we “unofficially” approached, yet 12 months passed and I was yet to hear their voices or see them perform.

Last Saturday, I rectified that.

The Living Choir usually holds its programs at the Paloma Hotel on the Spintex road, not too far from the parish where it started. The evening’s program was held at the Mantse We hall. When I got there nearly an hour to time, a few decorators, instrumentalists, and Delali Kemavor, Miss Ghana 2015, were present. Blessed himself was running around getting things ready.

The program was supposed to start at 6:00pm. However, less than a quarter of the hall was full. The choir decided to sing some filler music to make time for those who came late. What followed was thirty minutes of Ghanaian highlife praise and worship music with more vigor than I had anticipated from the predominantly Catholic choir. 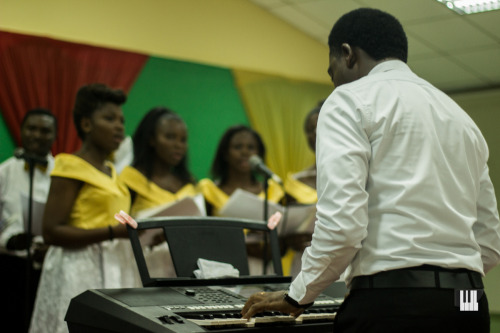 That’s when it hit me. This is not just any Catholic choir. It’s a Pax Choir. With two choir masters from Pax Choir UG and Pax Choir KNUST present, and several Pax Choir members/alumni singing, it’s easy to guess where Blessed finds his talent. And they sing with all the charisma of the vibrant Pax Choirs on both campuses.

Another thing that struck me was the fullness of the sound they made. For a small choir, they were loud. And largely uniform. At certain times during Nyame Ye Kese, the alto voices did not blend in well with the others. But that did not last, and soon all four voices were singing uniformly again.

By the end of the filler session, the hall was nearly half full and the program had to start. I didn’t fail to notice one interesting fact about the audience: I knew most of the faces. The Living Choir album launch was largely a family and friends affair, with most of those present coming from Corpus Christi Parish, or Pax Choir.

Under Blessed Yawson’s leadership, I couldn’t wait to see how the boisterous choristers will handle much more solemn hymns and anthems that require more finesse than most of our popular worship songs. The energy of the previous thirty minutes seemed to linger while they sang through the advent hymn O Come O Come Emmanuel.

The traditional hymns continued with a startlingly sweet rendition of Christians Awake, followed by a few verses of O Come all ye Faithful. With the latter hymn, Blessed finally showed us more of his personality. The first thing that piqued my interest was the interlude before the penultimate verse, which he played in a minor key. This was followed by a descant that got off to a shaky start, but culminated in some of the finest singing I’ve heard in person.

Descants are my least favourite part of hymns. They can be ruined so easily when sopranos are challenged by notes so high you literally hear them burn out or strain to sing the part. Not with the Living Choir. I was impressed by the control the ladies held over their voices. 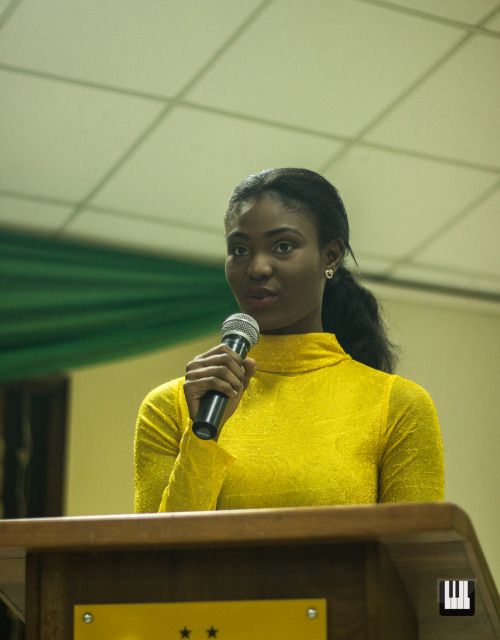 True to character, Blessed ended my favourite hymn with a prolonged, dissonant chord. It was good to see the audience respond with applause to this modern twist. Even with the solemnity of the hymn, there was still a trace of the choir’s liveliness to be heard. They might have sang the hymn to a martial, triumphant rhythm and nothing will seem out of place. This was very unlike St. John’s Methodist Youth Choir’s graceful, almost airy swelling when they performed Adeste Fidelis at the Kempinski Hotel. The spirit of the Living Choir shows strongly through their performance.

The most testing chorus for the young choir was Handel’s For Unto Us a Child is Born. For several moments the individual parts did not sing uniformly, and some of the grace in the melismatic phrases was lost in this performance. It did nothing to dull the audience’s enthusiasm, however.

After an extended fund raising (by which time the hall was half full of excited listeners) the third part of the album launch began. I got a copy of Taste and See, the 8-track album, and we’re likely to review that too next year. We’ll update you on how you can get a copy of the Living Choir’s maiden album so you can own a small piece of this choir’s beginning history.

After singing with Pax Choir KNUST for four years, the Living Choir’s repertoire sounds all too familiar. The third part of the album launch threw me back to those days singing Varrick Armaah’s Minsi Den. The Living Choir must have adopted this as their theme song, and the performance was as reverent and as splendid as any I’ve heard.

On Christmas Day, the Living Choir will be live on Metro TV with Kwaku Sintim-Misah. There isn’t much we know about this, but be sure to tune in to see this choir for yourself. I trust you will be impressed with what you hear.

What I missed in this album launch was more of Blessed’s own music. For years, his tune written for How Sweet the Name of Jesus Sounds has remained my favourite. It’s one I go back to often to marvel at the rich harmony and briskness that characterises the short piece. As this is his choir’s first album, I expect to hear more of Blessed’s own musical ideas in the coming years. 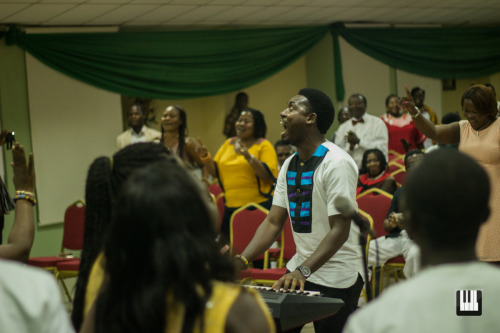 He is an interesting fellow, full of energy and drive that assures me he’ll never get tired of this work he’s started. We’ll be following his career and the work of the Living Choir closely from now on. Stay with us to know when you’ll hear them next.

Choral Music Ghana’s Godfred Khartey, also of the Living Choir has contributed some corrections to this review.

Some of the high life medley were indeed, Blessed Yawson’s own arrangements and compositions.

Most members of the Living Choir have been singing with Blessed Yawson before entering Pax Choir.