This year has seen a remarkable shift in the focus of concerts that we’d love to highlight. As has been noted previously on Choral Music Ghana, most of us (without giving it a second thought) are quick to associate choral and classical music with the church.

The most common use of such music is in the sacred setting (even when the original compositions were hardly oriented that way), and the most vocal patrons and supporters of classical music in Ghana today are churches. Dr. Mensah Otabil, a man among many of fine taste backs, through his church ICGC, the Accra Symphony Orchestra. Deeper Life church also has its own orchestra and the most celebrated choirs in the country; from Harmonious Chorale, Winneba and Dansoman Youth Choirs, and Gramophone Chorus are either religious organisations or almost exclusively perform sacred music. 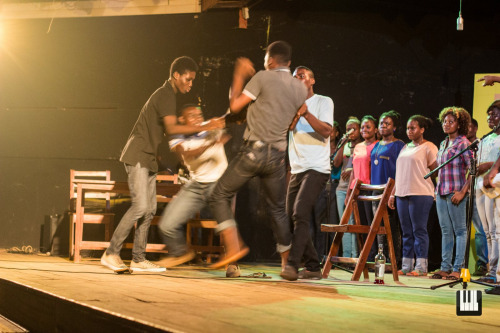 While this is noteworthy (and praiseworthy; without such support some of us will never have grown up in this tradition) it skews the landscape unfairly and leaves other interesting subjects out of the public’s consciousness.

We pointed this out in the run up to last year’s End of Semester concerts by the Music Department at the School of Performing Arts, University of Ghana, Legon. The series of concerts, part of the academic calendar of the students, ended with performances by the brass, string and choral ensembles. We were excited because, unlike commercial and religious events that are bound by finances and/or faith to appeal to a large audience, universities have the luxury of innovating for the sake of the art.

We hoped to find innovation in the music. We were not disappointed. Besides the perennial staples, we saw the choral ensemble accommodate rap solos and drama, among other niceties. But the most inspiring (and relevant to this editorial) was the breadth of subjects explored by the music. From an ode celebrating the kinds of food made from corn to a dramatized retelling of the reckless death of Robert Mensah, a Ghanaian goalkeeper at a bar in Tema, we saw some of our favourite composers step out of the church and into the streets to interact with the everyday Ghanaian. 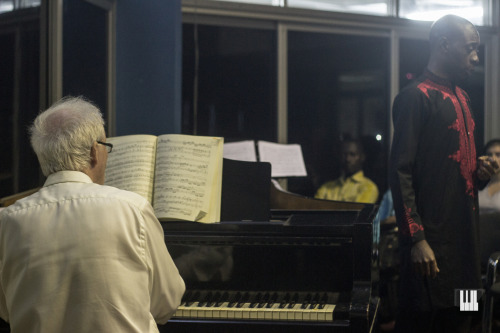 Few events outside the walls of music schools dare to explore refreshing subjects. Last year, Harmonious Chorale thrilled audiences in Accra and Kumasi with works by Sam Asare Bediako. Those of us who were lucky to have encountered Ken Kafui at school got a taste of some of his works directed at social living. They weren’t exactly sacred, though some, like Brighten the Corner have a strong moral message.

Earlier this year, Choral Music Ghana held its first concert: an intimate evening with Alfred Patrick Addaquay and Geir Henning Braaten at the British Council, with the support of the Nigerian Philharmonic Company. During the night, only one sacred piece, Bach’s Qui Sedes from his mass in B minor was performed by the soloist.

In the following months, especially after the hectic Easter season, we’ve seen a sharp shift of focus from purely religious worship to nationalistic enthusiasm. 2016 is an election year, and the choirs and ensembles have risen up with the clamour for another peaceful general election.

This year’s Gaudete by Pax Romana Choir, UG, focused on celebrating Ghana. The choristers even began the event dressed in our national colours. In March, Witsharmonic Choir celebrated Ghana at the Christ the King Parish Hall. In KNUST, the Afro Maestro Orchestral Ensemble sang of political themes relevant to Black History Month. 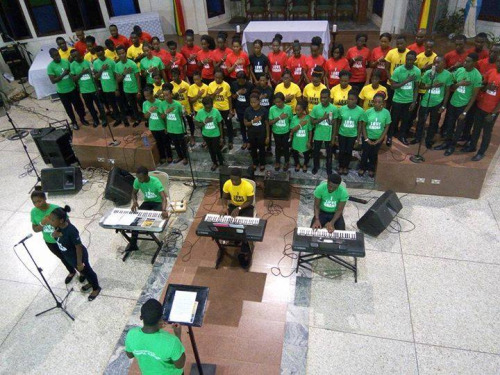 May began with a choral concert in honour of the Asantehene Otumfuor Osei Tutu II on the 17th Anniversary of his coronation. Later in the month, African Glorious Chorale presented another “peace concert” dubbed Hyira Ghana with Kokui Selormey, an opera diva. Later this year, a number of large players in media and music in Ghana, from Harmonious Chorale to Uniiq FM will also hold peace concerts as the general elections draw closer.

It’s refreshing to see our favourite choirs take on socially relevant subjects when they matter most. As the campaign season begins and politicians flood the airwaves with propaganda, let’s hope our own great music rises above the clamour for attention and reminds us of who were are, where we’ve come from and where we are headed.