It was the afternoon of the 27th of April, 2019. Gramophone Chorus had just finished singing “Since by Man Came Death” at their fifth anniversary performance of Handel’s sacred oratorio: Messiah. The audience at the Legon Interdenominational Church was electrified, ready for the next number in the oratorio.

As the bass recitative came to an end, a famous trumpeter who had been seated for most of the evening stood up to play his part in the equally famous solo, “The Trumpet shall Sound”. Many in the audience must have been familiar with his previous performances of this piece at various occasions. That afternoon's performance will prove to be one of the most popular.

After nine minutes of captivating duet and a near perfect performance from both the singer and his main accompanist, not only did the soloist receive a generous round of applause; the duo received a spontaneous standing ovation. 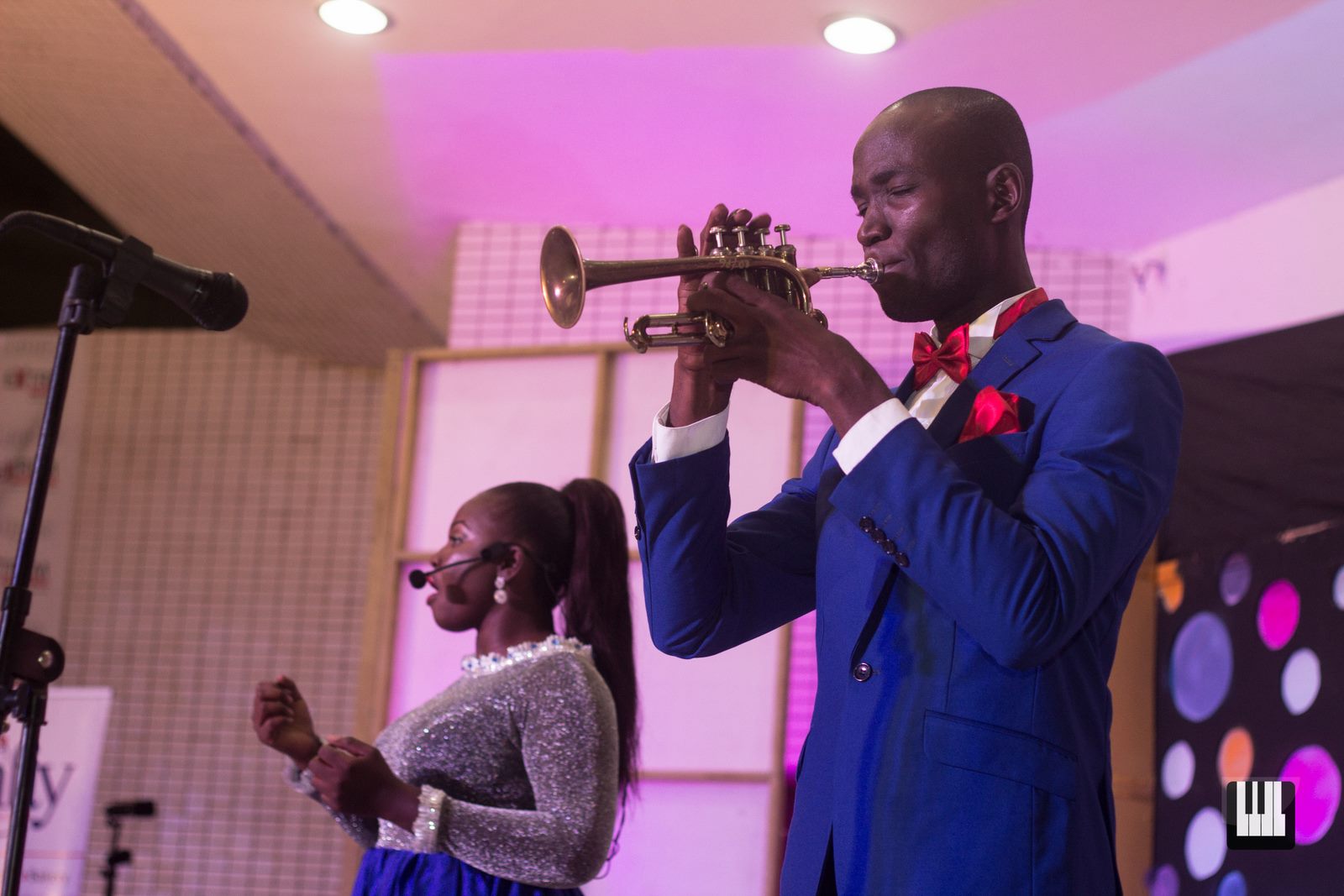 He is the principal trumpeter with the Ghana National Symphony Orchestra, and also plays the trumpet for Harmonious Chorale. Over the years, his prowess with his instrument has generated some buzz around classical trumpet performance. Besides the staples, Patrick’s solo performance at the 3rd edition of Classical Laughs proved how much an individual can affect the tastes of an audience.

Choral Music Ghana spent some time with the ace.

CMG: Who is Patrick?
Patrick: Patrick Agbodza-Gbekle is my name. I was born in Ashaiman some years ago. I am a full time musician working at the National Theatre with Ghana National Symphony Orchestra as the Principal Trumpeter. I am married to Antoinette Agbodza-Gbekle, my wife of thirteen years, and blessed with three children.
I am currently pursuing further studies in music (MPhil) at the University of Education Winneba.

CMG: For how long have you been a trumpeter?
Patrick: I became a full time trumpeter twenty-six years ago.

CMG: Did you start the trumpet at an early age? Who taught you?
Patrick: I started and became a professional the same year. Eric Kwaku Asante (who is still in the Ghana Navy band) was my teacher.

CMG: How did you find the motivation for your instrument?
Patrick: My mum gave me the most encouragement. There are very few musicians in my family, so it was mostly my mum. I learnt how to play when I was in JSS. I have always hoped that someone should be blessed or appreciative of my trumpet playing.

CMG: Can you talk about some of your setbacks on this journey?
Patrick: Along the line some people discouraged me. I nearly gave up the music career at one point. I thank God I'm still playing. During earlier stages, some people castigated and verbally abused me whenever I played something wrong. Some people also pressured me to leave the trumpet and play an indigenous instrument.

CMG: Can you talk about some memorable moments during your time with the National Symphony Orchestra?
Patrick: It was the week I joined the orchestra. The first time I was asked to improvise on a song, I played so beautifully the conductor stopped the whole orchestra and everyone just kept clapping for me. The applause lasted about three minutes. I sometimes remember that particular scene with joy. Another big moment was my first time playing Bach's Christmas Oratorio at the National Theatre. I played it with the normal B♭ trumpet.
After the concert, two foreigners approached me. They were shocked that I used that normal trumpet to play all those very high notes. They returned after a year with the piccolo trumpet I now use. 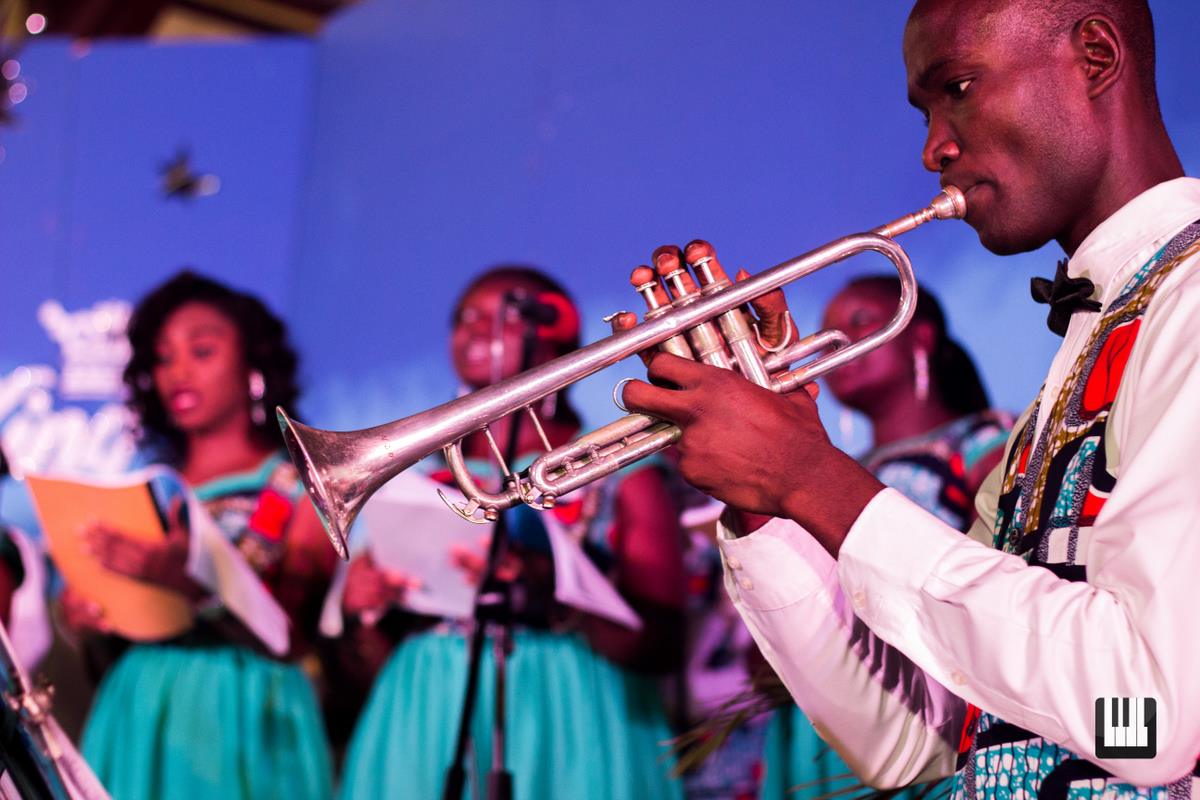 CMG: How did you become a trumpeter for Harmonious Chorale?
Patrick: In 2014 they were preparing to perform the Messiah. I contacted their director, James Armaah, to give me an opportunity to perform for the curtain raiser. He brought me on board to play with the group and after a year I joined them as a member.

CMG: Many Ghanaians love to hear you play. How do you feel when you receive so much admiration?
Patrick: For me it's normal. I always say when people admire what you do by showing their appreciation, they are telling you they need more. So it taught me to always be ready to deliver.

CMG: Which trumpeter do you consider your role model?
Patrick: I don't have a role model but there is one American trumpeter I always like to watch; he is Wynton Marsalis. He's got very great control over his instrument. He's a five-time Classical and Jazz Grammy award winner.

CMG: Do you have any compositions for trumpet, choir or orchestra?
Patrick: Yes. I have some trumpet works like “The National Anthem in Three Variations” for trumpet, “It's Fun Time”, one vocal anthem for a choir and two CD's (dance band music) launched in 2007 and 2012. “It's Fun Time” is also a theme and variations piece for trumpet.

CMG: Do you have any famous students?
Patrick: Yes. I have taught and mentored many. My first student, Cyrus, is in the Ghana Navy band. I have also polished one young chap who is with the Ghana Air force band. I know he will one day play like I do, and even exceed my performance level. I have also mentored some players at the Ghana Police Band in Accra, where I did my National Service (2013/14).
I've taught many school and church wind/brass bands, including Tema International School, Lincoln Community School and the Ghana International Christian High School. I have prepared students in these schools for their ABRSM exams.
I'm currently coaching the brass and wind section of the newly formed orchestra at Victory Bible Church International, HQ.

CMG:What would like to say to those who are reading this interview?
Patrick: When they get hold of what they want to do or become, they should concentrate on that, and do it like nobody's business.

At the end of Gramophone’s Messiah concert, as each musician took their final bows, Patrick’s name rang throughout the hall as the audience, overwhelmed by his charismatic performance, lauded him with the accolade. It was no doubt that his contribution made this Messiah performance memorable. 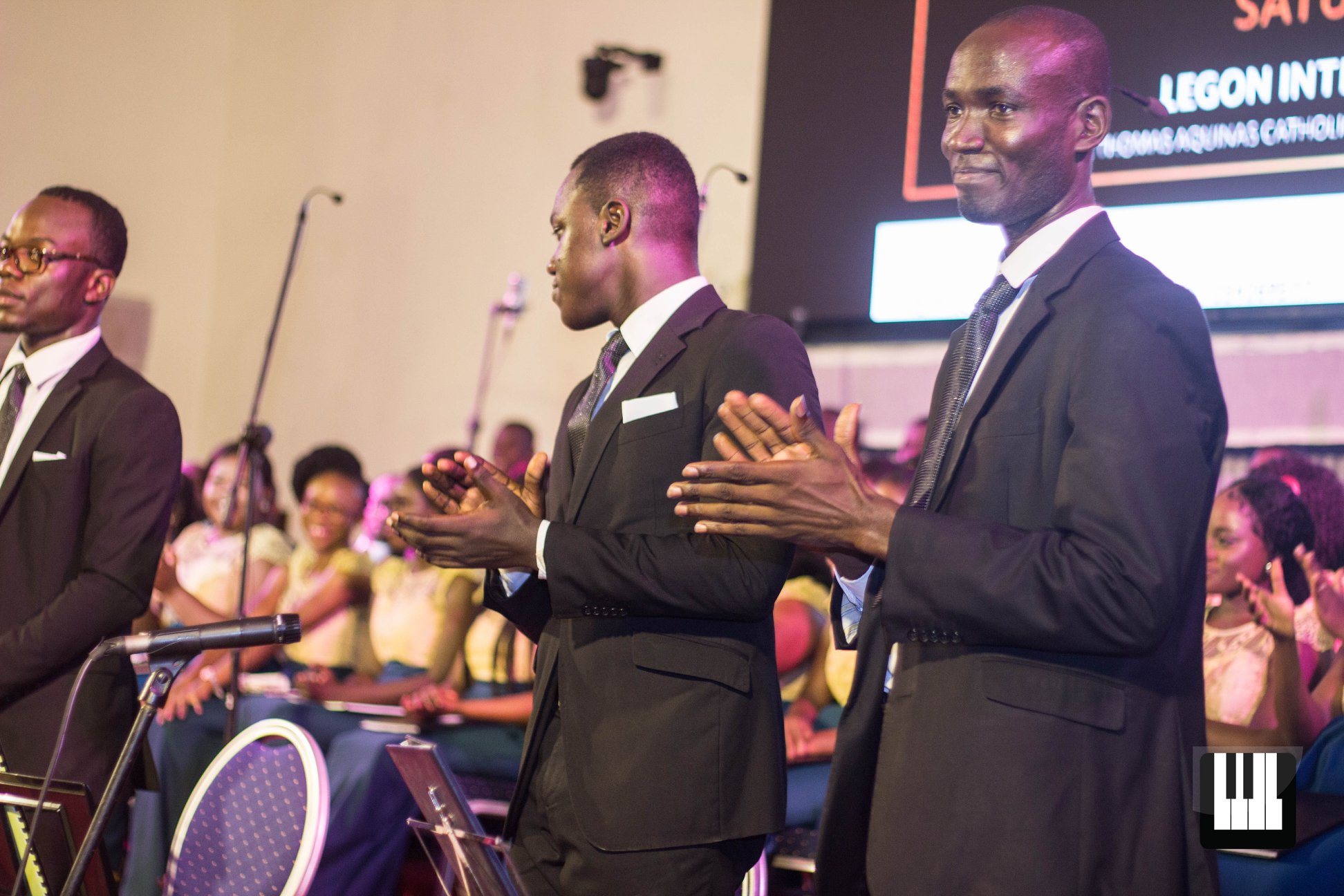 Mr. Annoh, the current director of the NSO has described Patrick’s musicianship as “outstanding”. “He really has a sense of music; when he takes a piece, he knows what it is about. As our programmes’ manager, he follows a programme or a concert to the letter. He makes sure activities are done appropriately till the end of a performance”, he continued.

Augustine Sobeng, the Principal Organist of Harmonious Chorale also added that Patrick is a disciplined player. He said, “He has fantastic musicianship, and is really sensitive to the musical demands of any repertoire.There is the need for a minimal level of instruction or explanation as to what we are doing as a team, and he takes it up from there. He is more than a trumpet player - he is a team player, as well as a highly skilled solo instrumentalist. He is very good as an instructor as well, and with his experience in choral directing, he is as all round as a musician will get. For me Patrick represents the pattern of discipline and excellence, both in intonation and in technique for trumpet players. The team at Harmonious Chorale know how precious an asset he is, and we are proud to celebrate him any day.”

We agree with Augustine. On the 30th of May, Patrick celebrates his birthday. That same evening, he will perform at the May edition of Afro Classical Nights, along with other brass players at the African Regent Hotel, from 7pm.