The Magnificat Concert was a two part event held first in Kumasi at the KNUST Great Hall for the choir’s home audience, and then in Accra, with the Accra-based Gramophone Chorus.

On arrival at the venue forty-five minutes before the start of the concert, I found a few ticket holders who had come earlier seated (or idling) on the terrace of the National Theatre, waiting to be let in by the organisers. Within the building proper, the choristers, in plain-clothes, were rounding up a rehearsal with Dr. Randall Kempton and Richard Elliot.

Dr. Kempton is a known friend of the choir, having conducted ”A Choral Concert” in 2016. Dr. Kempton is a professional choral musician based in the Brigham Young University - Idaho, a private institution affiliated with the Latter-Day Saints church . Richard Elliot was on his first visit to the continent. He is currently the principal organist of the award-winning Utah-based Mormon Tabernacle Choir, which is quite popular among Ghanaian choral music lovers. His presence summed up one important aspect of this concert: this was a big deal.

Fifteen minutes to the start of the program, the audience-in-waiting was finally let in, just as the last sound checks were happening. During this time, they were treated to a fairly diverse mix of Classical and contemporary music, including what must have been John Williams’ Star Wars theme, Grieg’s “Morning” and the first movement of Mozart’s Eine Kleine Nachtmusik. At this time, a modest number of people had taken their seats in the concert hall. Among that number was Miss Joyce Aryee, Chairperson of Harmonious Chorale.

The curtain was raised at eight past four o’clock, and behind it was a choir that was neither Gramophone Chorus nor Celestial Evangel. 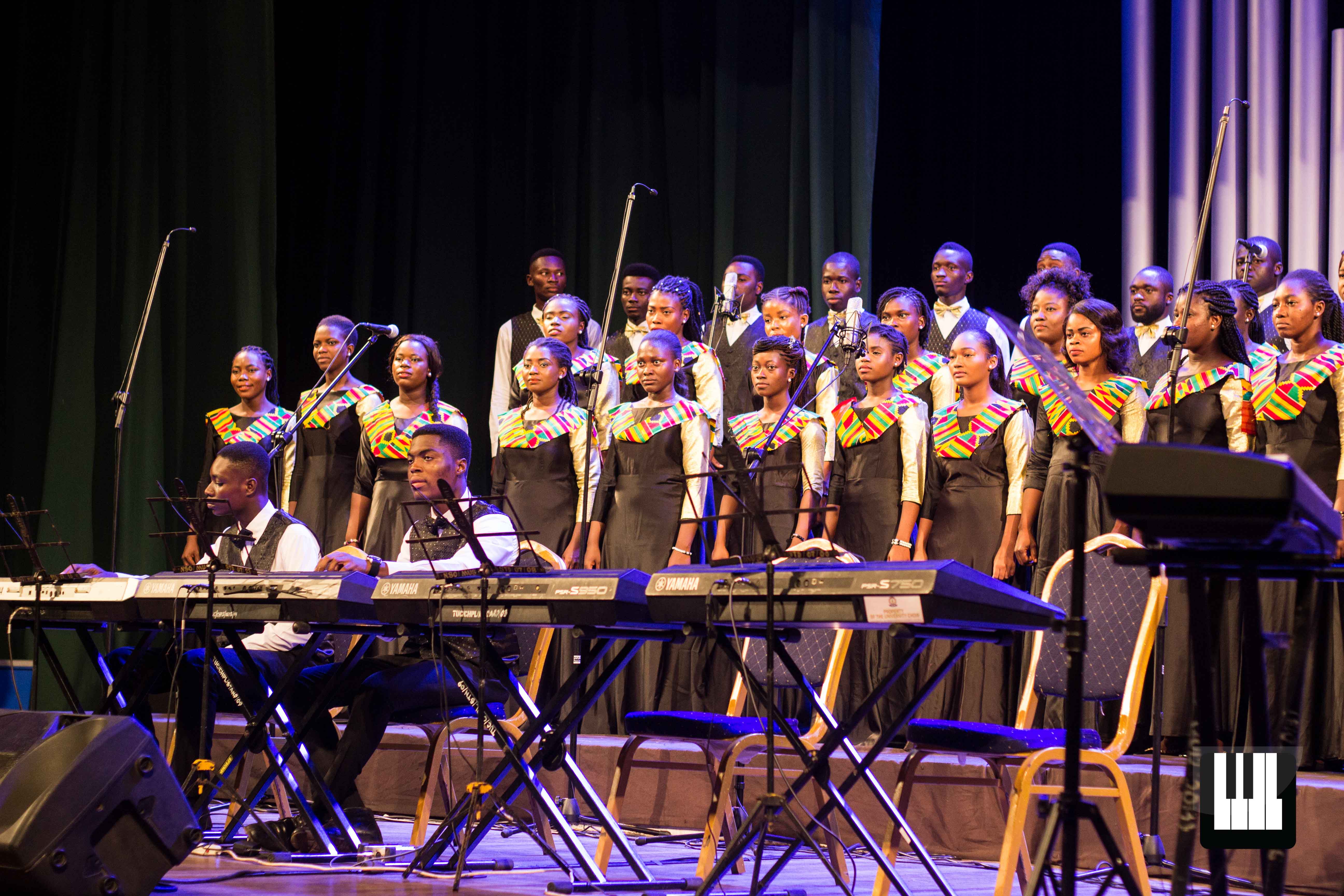 The choir, primarily dressed in black with Kente shawls (the males were in black patterned waistcoats and amber bowties) performed two songs, each unattributed at the time. Whereas the first, Kwaku Acquaah Harrison’s “Sing unto the Lord” seemed to suffer at times from some issues with the harmony of each part of the choir, the second piece, Newlove Annan’s arrangement of the Zulu hymn “Siyahamba” was splendidly performed and received generous applause from the audience.

After they left the stage, the MCs of the night introduced them as the Bountiful Tabernacle Choir.

The MCs were an act of their own. The more charismatic of the two, Kwame Yeboah, a radio presenter on Peace FM in Accra set a humorous tone that lasted throughout the night. The main draw of his style was his choosing to address the audience mostly in Twi, in the manner typical of local radio presenters. His co-MC, Reginald Turkson played along, as did the audience. 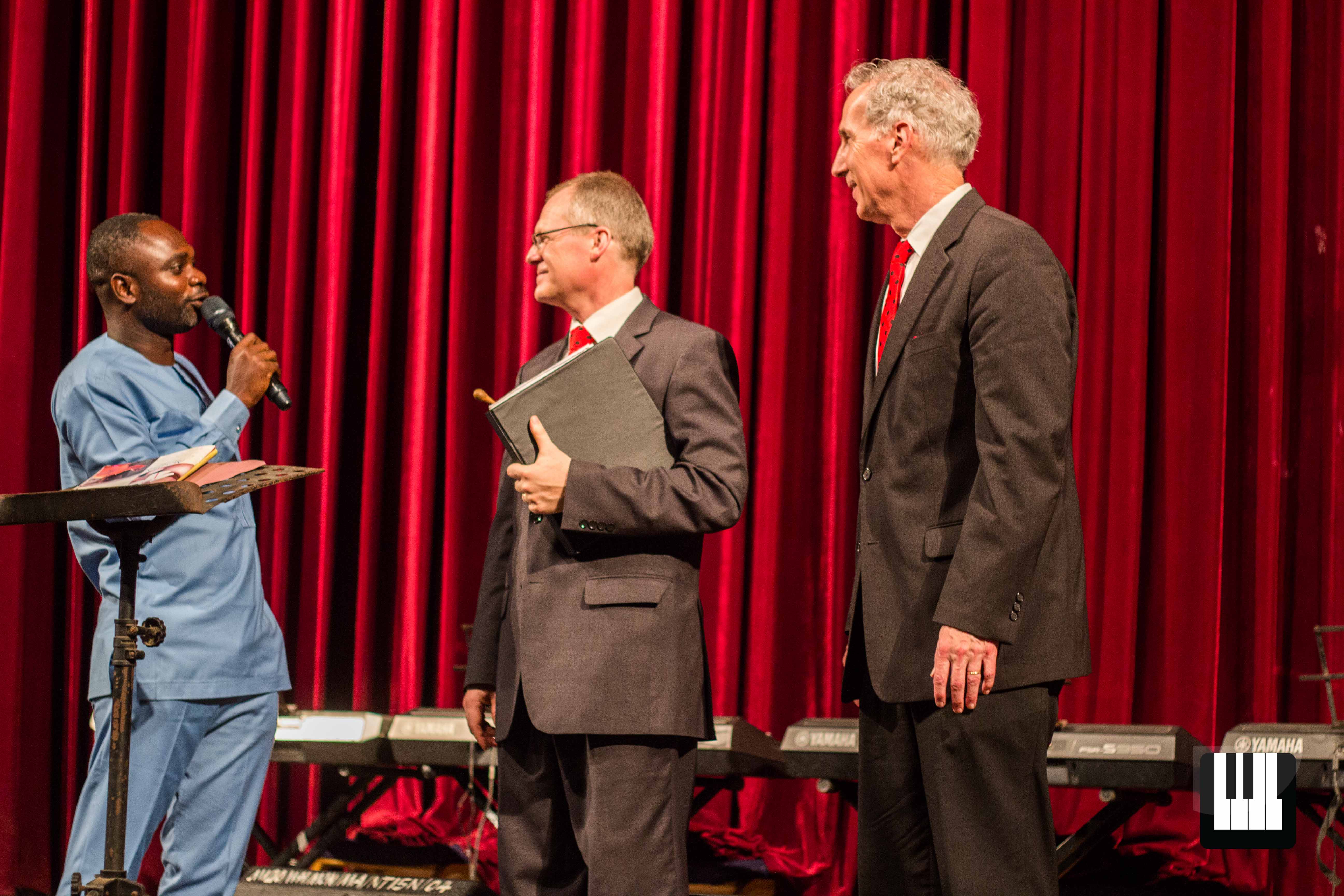 As part of their first remarks, the cause of Celestial Evangel Choir, raising awareness and financial support for children suffering from various cancers was introduced to the audience. At a later time during the event, funds were raised for this purpose. 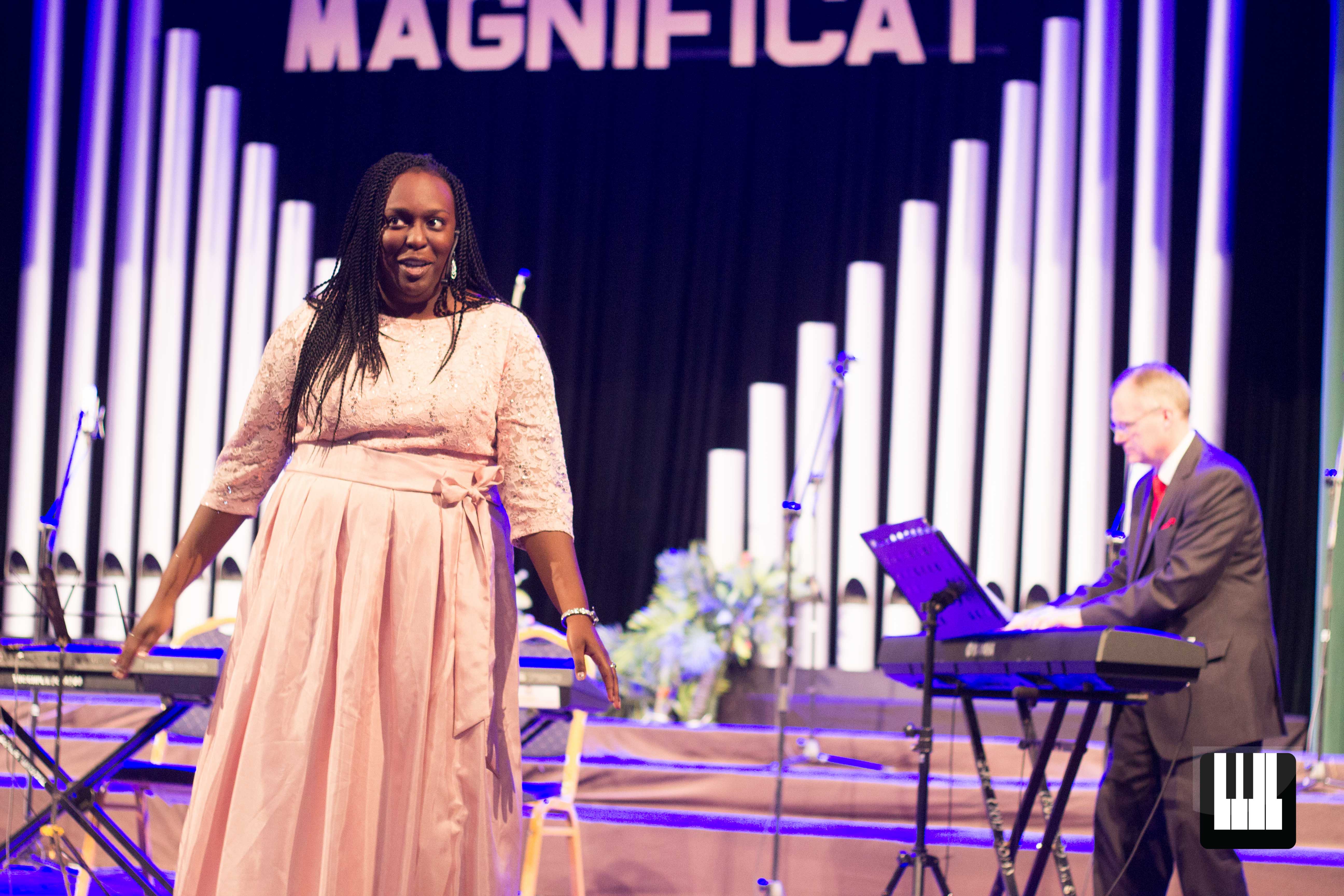 The Rt. Reverend Dr. Paul Boafo, former Protestant Chaplain of KNUST led a short opening prayer. The first act of the night, a “pre-show” performance featured the choir’s four guests: Brandon Brown, Alyssa Jenks and Richard Elliot on the organ and Dr. Kempton on an electronic keyboard. Brandon performed The Holy City accompanied by the organ, and Alyssa performed a jazzy setting of Langston Hughes’ poem “Joy”. The diva’s performance was, predictably, theatrical, presenting a good contrast to Brandon’s more measured solo. If we were to read into Alyssa’s performance, it came us a foretaste of what Celestial Evangel had to offer for the night, and gave us fresh insight into the impact this choir may have.

After almost forty minutes, the moment we had been waiting for arrived. The curtain was raised one more time to reveal the joint choir: Gramophone Chorus and the Celestial Evangel. The first composition they performed together was Dr. Kempton's arrangement of Jakob Schutz’s “Sing Praise to Him”. After this, they performed the conductor’s stirring arrangement of “Let Zion in her Beauty Rise”, an LDS hymn to the tune of Ellacombe. 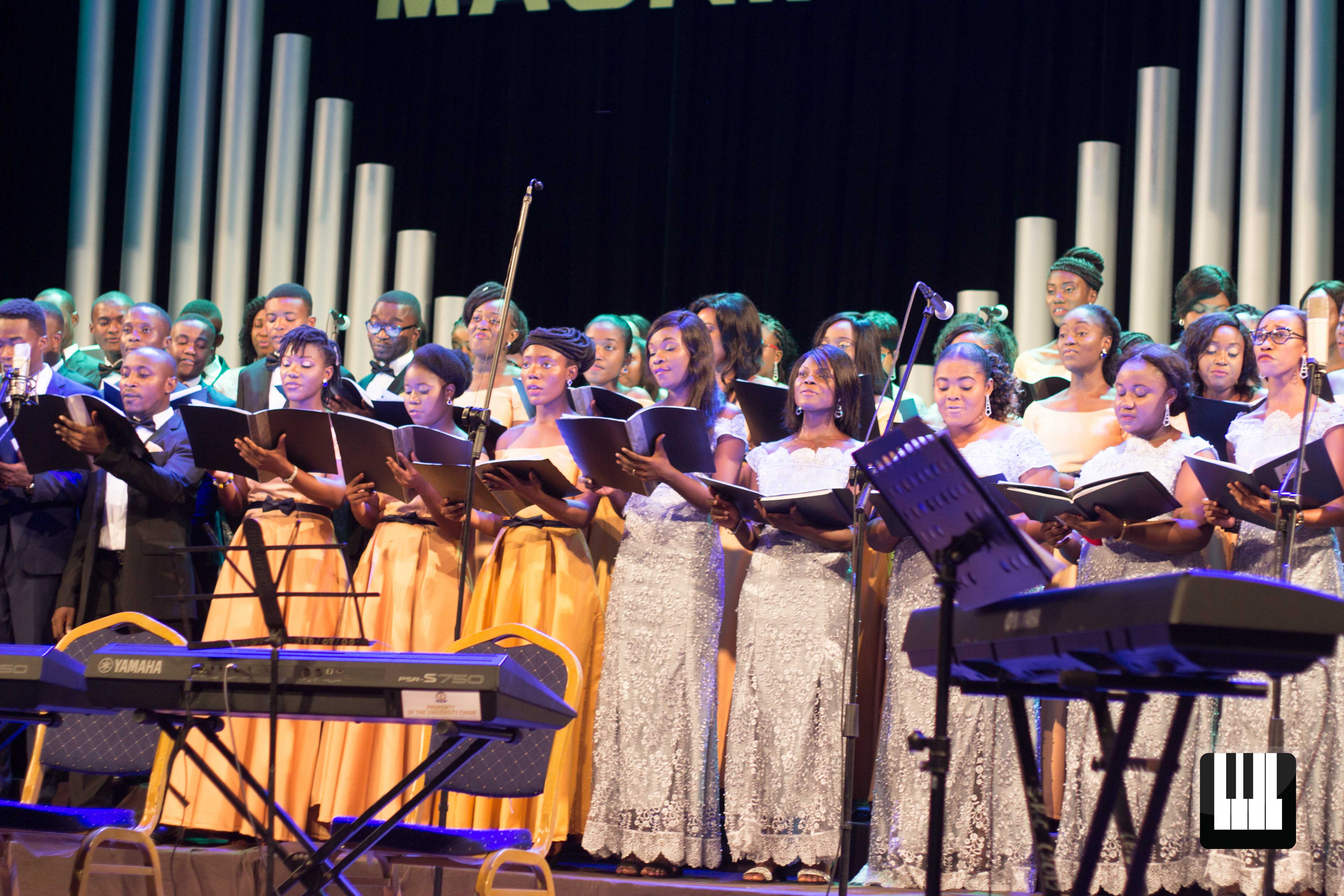 The next set of performances saw Gramophone Chorus and Celestial Evangel in separate performances, the former following immediately after the joint choir’s last song. Among the pieces they performed were “The Prayer”, Lloyd Larson’s “Lord You have been our Dwelling Place”, Handel’s “Holy art Thou”, the recitative and solo from “Arm, Arm ye Brave” from Handel’s Judas Maccabeus, sang by Kwasi Otchere, and Beethoven’s “Hallelujah” from “Christ on the Mount of Olives”, which was conducted by Dr. Kempton.

The next performances from Celestial Evangel Choir and their guests added a lot of diversity to the night’s repertoire. Among the pieces the choir sang were Thomas Couins’ “Glorious Everlasting”, Moses Hogan’s settings of “My Soul’s Been Anchored in the Lord” and “Everytime I feel the Spirit”. The latter was followed by a solo performance of the same work on the organ. Unlike what is usually performed, a good number of the songs from Celestial Evangel’s selection were distinctly American. The contrast from the previous set of performances was apparent, and we were even more thrilled with how well the audience received the new music.

Those who were fortunate to attend the Magnificat concerts had the opportunity of watching Richard Elliot at the organ perform a number of solo works including his own arrangement - a set of variations - on Beethoven’s “Ode to Joy”. The guests of Celestial Evangel also had opportunities to perform solo works and works with the choir. 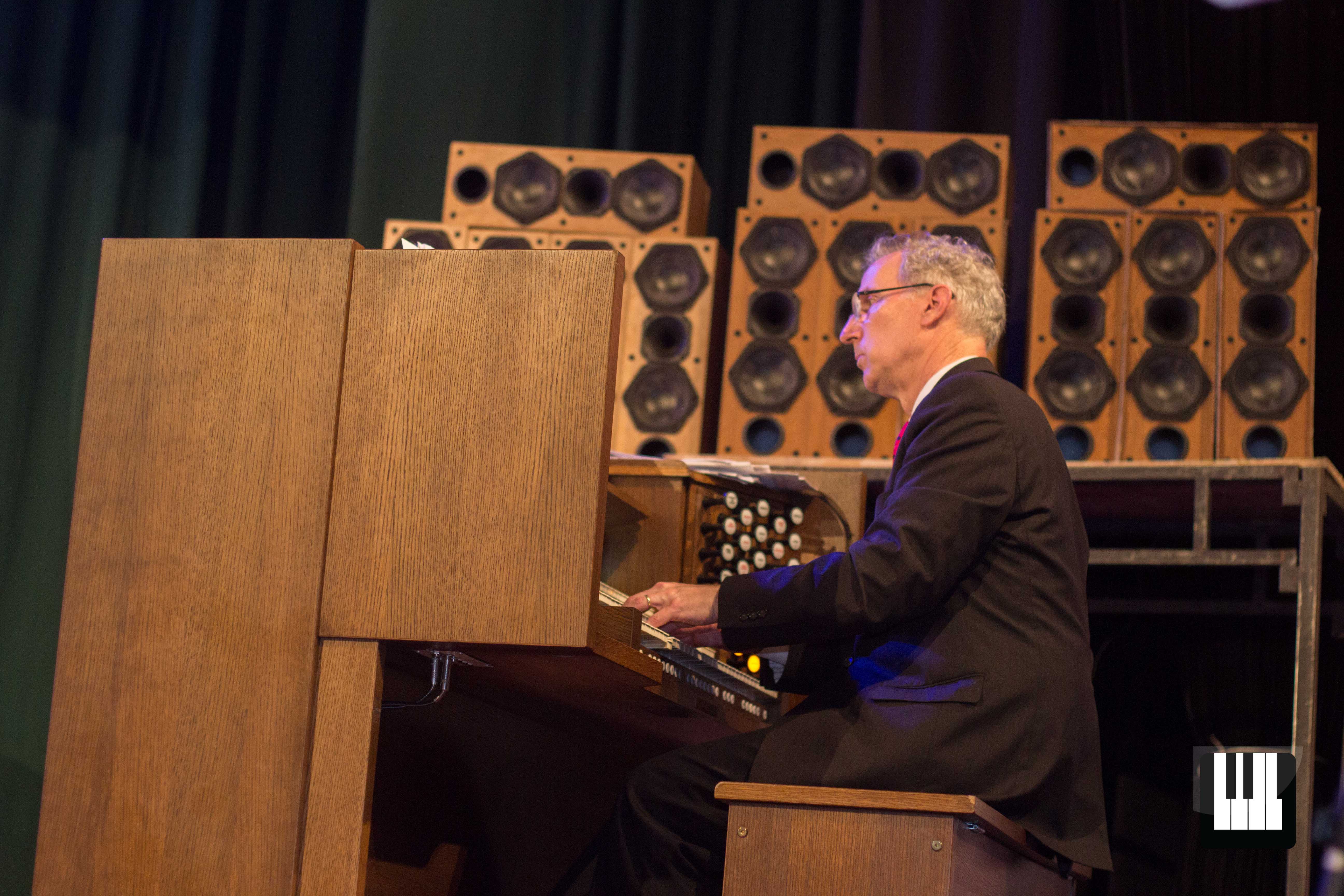 This section of the program was perhaps the hardest to follow: with no introduction of the pieces to be played, audiences not familiar with the music (making the far greater number of us) could not fully appreciate what was going on outside of the beauty of the music itself and the quality of the performances. For instance, a number of the solo organ works were arranged by Elliott himself, confirming his skill as both an organist and composer/arranger. The same could be said of Dr. Randall, whose own original compositions went mostly unattributed during the concert (save for the mention in the printed brochure and projected lyrics), denying the audience the chance to contemplate the conductor as composer while in action. 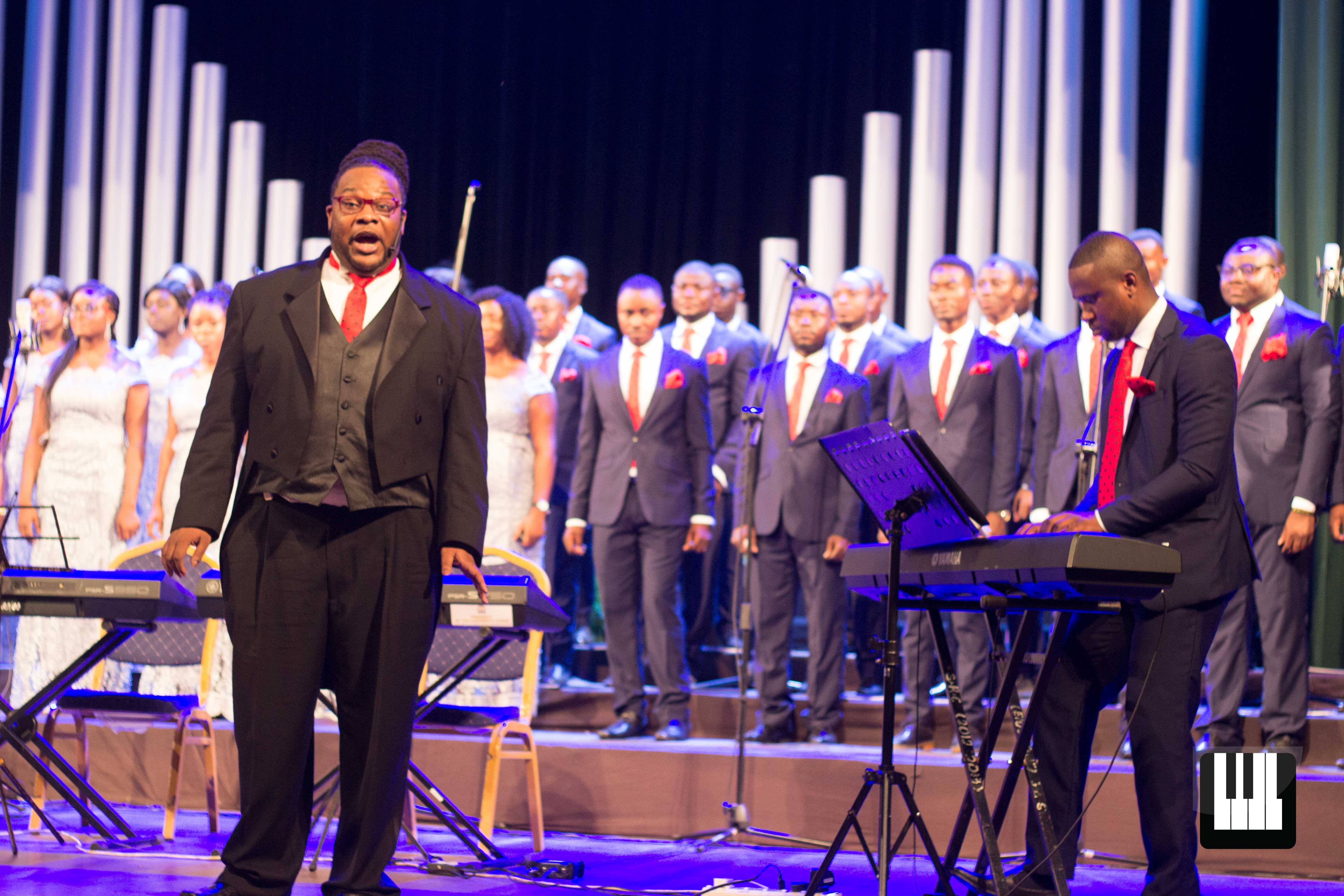 Perhaps the highlight of this set of performances by the choir was a choral arrangement of the finale of Rossini’s William Tell Overture. It was the most unexpected, the most fun to watch and by far the most well received by the audience.

And this seemed to sum up our first impression of Celestial Evangel Choir: the impact of their foreign influence in this concert was significant. Important, because it represents a potential shift in the palette of musical traditions Ghanaian choirs can draw from, which could go some way to defining what styles of music audiences will cherish in coming years, should the Kumasi-based choir continue the relationship with its North American collaborators. It was also significant because the audience reception of the slightly unconventional works was more than encouraging. 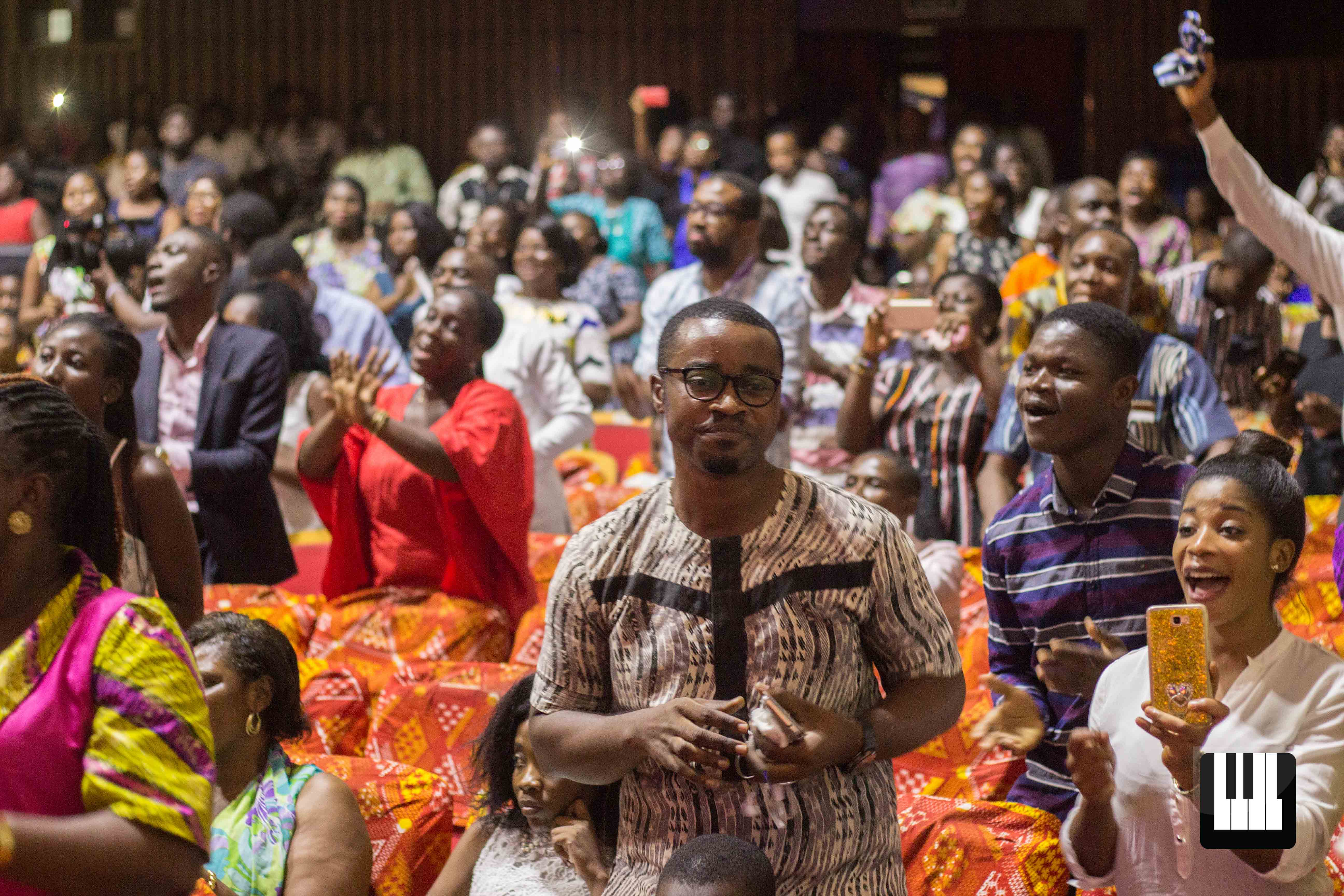 The rest of the concert was fairly traditional as concerts go: there was music from a number of Ghanaian composers, including George Mensah Essilfie’s challenging “Se Mo Wo Tekyerema”, Newlove Annan’s “Meda N’ase”, Albert Adusei-Duah’s rearrangement of “Ebenezer”, “Ototrobonsu”, among others. It was fun to watch Alyssa Jenks sing a verse from Albert’s “Ebenezer”, as the composer accompanied the choir and Kempton conducted.

As we have come to expect, a long medley of choral highlifes performed by the joint choir ended the Accra edition of the Magnificat Concert, bringing the fifth anniversary celebration of Celestial Evangel Choir to a close.