Chorale Africa: The Man behind the Vision

Keen observers of our industry must have noticed glamorous posters making the rounds on social media late last year promoting a "Creator's Tribute" concert and a previously unheard-of "Chorale Africa". Over several weeks, our interest in what seemed like the baby steps of a vibrant entrant into the industry grew. The promotional material suggested that something new (and exciting) was afoot, and many of us have been waiting for the opportunity to witness what this new group has to offer lovers of music in Ghana and the world.

Chorale Africa describes itself as “a choir of excellence” on a mission to “enrich life and influence culture” through the performance of music. Having never publicly performed in Ghana, everything we know about the group today comes from what it has announced to the world so far. If there’s one phrase we can use to describe our impression of the choir, it is “bold and daring.”

The young ensemble has as its short-term goal, to be “the leading choir in Africa in the next five years”. Aside singing, Chorale Africa hopes to achieve excellence in performance through diverse musical expression, including choreography, and an impeccable attention to detail in its productions. Its dreams extend beyond transforming itself into a Pan-African cultural icon: Chorale Africa hopes to transform individual lives through charitable work.

Its flagship concert, “The Creator’s Tribute”, will be held at the La Palm Royal Beach Hotel on Sunday the 28th of January. This event is strictly by invitation.

Late last week, we had the opportunity to speak to the visionary behind Chorale Africa and “The Creator's Tribute". Our conversation with Osah Thompson-Mensah revealed a passion for music and the pursuit of excellence coming together to create what we hope is the latest step in the progress of Ghanaian (and African) art music celebration.

CMG: Let's start with a brief introduction.
Osah: My name is Osah Thompson-Mensah. I've been in finance for over a decade. I worked in Ecobank for five years, then First Capital Plus Bank. I have also worked with Gold Coast Securities. Recently, I've been working on the OTM Investing Network, my own private holding company. 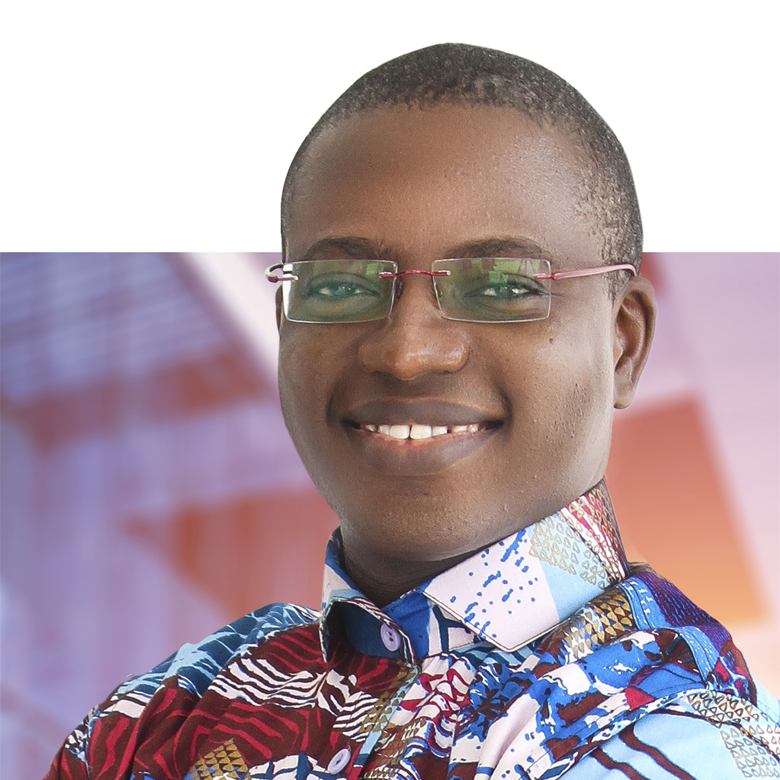 CMG:How did you get involved in music?
Osah: Way back in school, in Mfantsipim, I used to be in Joyful Way Incorporated. I've loved music since then. I love music because of the effect it has on me. My relationship with music started in Mfantsipim. Nii Okai was my mate. I also met Ace Ankomah in school. Ace was the music director of the choir when I was in Joyful Way.

CMG: Your experience is largely in Christian popular music...
Osah: Yes, Christian pop music. That's about the only music you'll find me listening to. I enjoy other genres, but when I need to listen to music, ninety-five percent of the time, it's Gospel.

CMG: Do you have any classical music background or interest?
Osah: Absolutely none! I would even say that my background in music is quite weak. At OTM Investment Network, we partner and build brands. Once I found a partner well-versed in music, given my interest in the art, I felt we could do something in Ghana. That partner is Ebenezer Edem Beble.

CMG: About Chorale Africa: I asked about your classical music background because in Ghana, choral music generally leans towards the classical/art music sort. Of course that's debatable, because there's Joyful Way and other pop ensembles. But the term "choral music" in Ghana generally connotes choral art music: chorales, Ghanaian art music, Western Classical music and the like. I'm still trying to find a connection between your musical background and "choral music" as it is practiced in Ghana. You mentioned to have a partner well-versed in music. Is he the bridge I'm looking for?
Osah: I won't limit this to classical music; I’ll make it music in general. I've been close to Nii Okai for a while, so I've had that bridge to the "contemporary" pop world. My concern is more about having the infrastructure that can produce high quality music. For me, whatever genre the music is, is somewhat immaterial.

When it comes to Chorale Africa, the focus in not classical music. It is music in general. Whatever we decide to take on must be executed excellently. Our tagline is "Excellence inspired”, so everything we do should have that element of excellence.

CMG: So, unlike Joyful Way which is focused on contemporary pop Christian music, and Harmonious Chorale which is centered around contemporary Ghanaian art music and Western Classical Music, Chorale Africa does everything.
Osah: Yes. Our concerts throughout the year will display that. What we're seeking to do is perform songs form different genres, from different cultures. We don't want to be identified by one genre of music. We want to be identified as the group that performs excellently. That's why we have in our mission, our desire to influence culture. 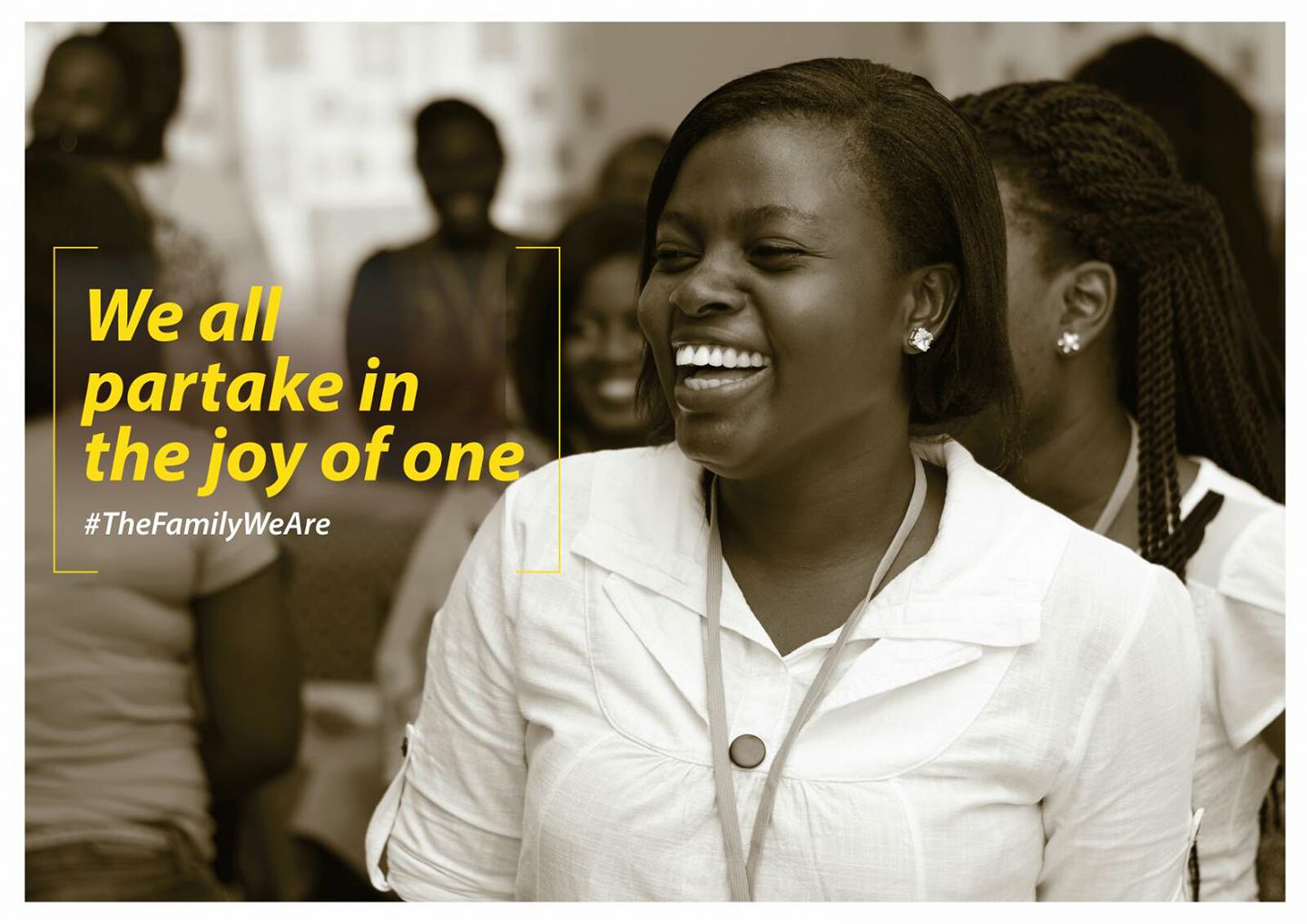 CMG: Do you think this focus on excellence - and not on genre - is going to be a problem in the future, when audiences are not sure what to expect from Chorale Africa? Will that create confusion since you'll be speaking to different people at different times?
Osah: I see it as an opportunity, not a challenge. The Creator's Tribute is purely Christian-focused and will typically appeal to the crowd that is used to Harmonious Chorale. That is our flagship event. We'll most likely have another concert this year which will be African-themed, and we will perform compositions based on the culture and folklore of several African countries. That is a more secular event which will appeal to another segment of the market.

CMG: Given your focus on excellence, I'm sure you have some strong opinions on excellence - or perhaps the lack of it - in our performances today.
Osah: I think of excellence as a process. Like perfection, it exists on a continuum. What makes us different is our passion and focus for "doing it better". That thought-pattern is what will create the excellence we desire. If that mindset is not there from Day-1, it is not likely that in three years, we will see the kind of perfection we're aiming for. We want to create something that every Ghanaian will be proud of. That is the challenge.

CMG: Are there any choirs you currently look up to, in Ghana?
Osah: No. The reason is, what we're seeking to do is quite different from what you normally see. It will be difficult to find a choir to look up to.

CMG: Who are the main personalities involved in Chorale Africa?
Osah: My partner, Ebenezer Edem Beble is very well-versed in music. He is the founder Dansoman Youth Choir. He's not a big name in the industry. DYC is more popular than he is! We met and talked about what could be done differently in the industry. We shared the vision and decided to engage in this project together.

CMG: How much influence do you have over the musical direction of Chorale Africa?
Osah: Very little. I'm technically bankrupt in music. Sometimes the choir during rehearsals sounds good enough for me, but Edem insists otherwise, so I leave it to him. Although I sometimes suggest pieces to the choir, Edem has the final say in what is performed. 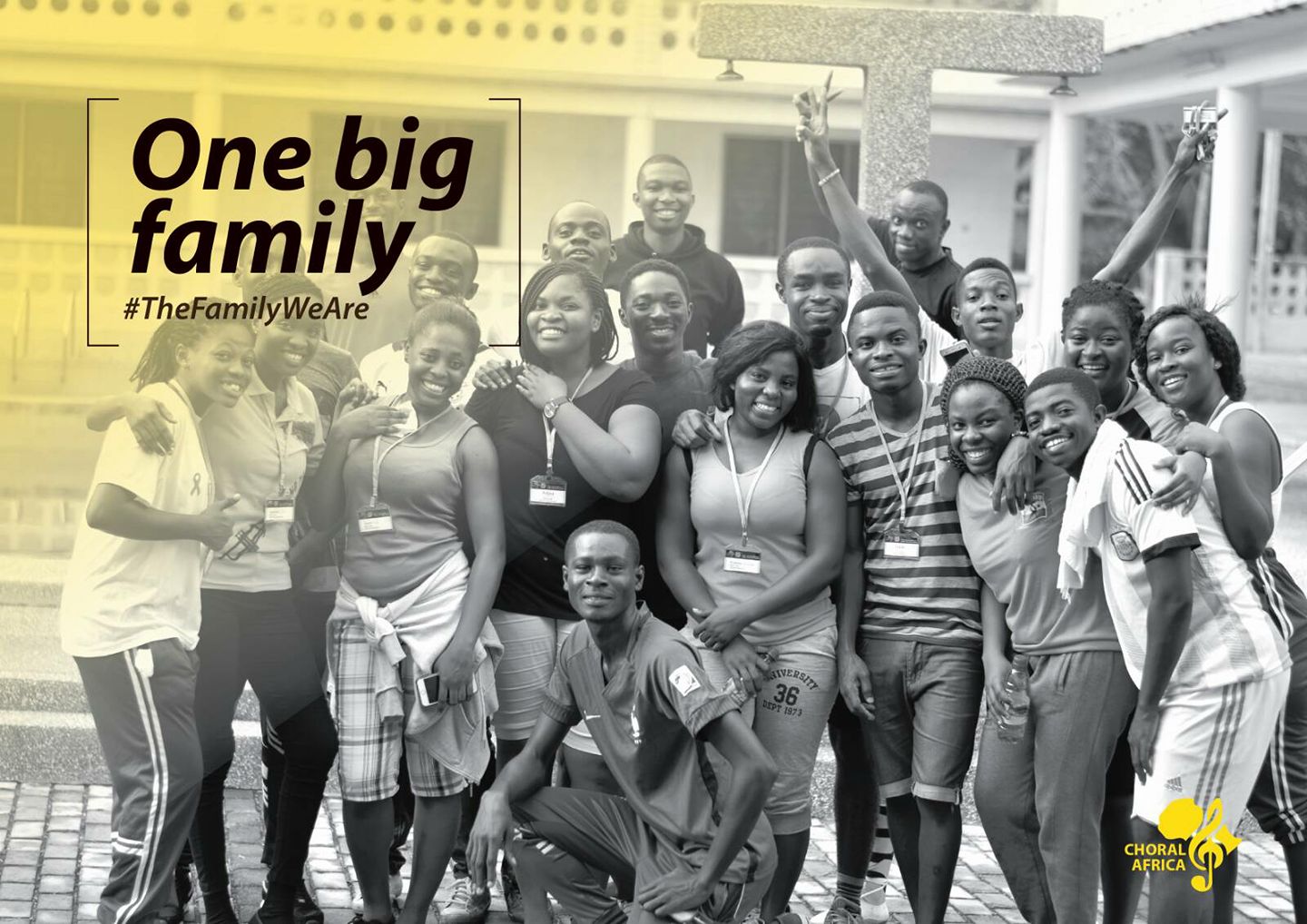 CMG: How large is the choir?
Osah: For the Creator's Tribute (which is our first event) we're putting together individuals from various regions, from Cape Coast, Winneba, Takoradi and Accra. For this event, we’re not less than sixty choristers.

CMG: How do you get your talent? I'm assuming you run auditions.
Osah: We don’t run auditions. We invited people to be a part of this project. Edem has worked with many of our choristers in their various choirs, so him asking them to join the project worked out well. Eventually, the choir will become a 53-member choir: to match the number of countries in Africa. We would want each member to represent a country in Africa, and as part of their personal growth, we would want that individual to learn about that country. My dream for this choir is Pan-African.

CMG: What are some of the challenges you have faced so far?
Osah: The first will be the geographical spread of all of our members. If you don't have everyone in Accra, you must fund them to come for rehearsals. And because of this, our rehearsals are not frequent. We only rehearse on Fridays. Each Friday is an all-night rehearsal for us. It is a lot to ask from our choristers.

Concerning other challenges, we also woke up to the reality that we can't earn enough from ticket sales to fund a production. If we wanted to - like we initially intended - we will have to sell each ticket for between 150 and 200 cedis. But before we can charge so much for an event, we must put in a lot of money for publicity, since we are virtually unknown.

We changed our approach. Rather than market the show and sell tickets, we made it an invite-only event, to save us all the money that would have gone into promotion. Today, the event appears to be over-subscribed. So that is a new challenge!

CMG: In our experience, within our art/classical music sphere, very few groups have been able to put together big budget productions. I see your effort as similar to what Mensa Otabil has done in Ghanaian art music. Your vision is also somewhat similar to the Pan-African dreams he has for his Accra Symphony Orchestra. I find that you are essentially another significant patron of the musical arts.
Osah: There are only two ways to succeed, from where I sit. One is the commitment of our choristers, and the other includes partnerships with organisations (such as yours) and any other. That is where the patronage comes in. We're excited about the opportunity to build something we can all be proud of. Today we're all proud of Harmonious Chorale and LUMINA. As a country, we need more things to be proud of. All that comes to build up our confidence in our country. That is an exciting opportunity.

And the team at Choral Music Ghana is also looking forward to what promises to be a spectacular night of musical celebration later this month. We will be following Osah's dream of enriching our musical culture, and the journey of Chorale Africa as it pursues excellence.

There's so much to look forward to in Ghanaian art music this year. We've only just begun!