Music as a Therapy

On 2nd April 2017, Ben Adjei’s much anticipated show, “Music as a Therapy”, was held at the Christ the King Parish Hall. From its earliest announcements, this musical show has been full of surprises, and that continued down to the day of the actual event.

When the news first broke on social media that Ben Adjei was organising an event titled Music as a Therapy, I anticipated a conference or seminar on music therapy. It is a field I have heard of casually, and though it failed to capture my attention, it seemed interesting that someone will want to explicitly promote the therapeutic powers of music in Ghana. The event, at first, seemed like a refreshing take on how the listening public interacts with music; a shift away from the usual parade of choral festivals and religious and national celebrations.

As the publicity of this event became more pervasive, it gradually emerged that Music as a Therapy was not a conference, talk or seminar on music as a therapy but rather, “a musical show” with star performers highlighted on various posters. A part of me was disappointed, but another part looked forward to finally seeing some work from Albert Adusei Dua, Mawuyrami Ocloo, a little known violinist named Enoch Gyamfi, Eddie Gaisie and Ben Adjei himself.

On the evening of the event, some from the audience that I interacted with were quite unpleasantly surprised that this was another choral concert and not an insightful examination of the therapeutic side of music as the name alone suggested. Some were even more disappointed that the musicians featured on the marketing material (whom they specifically came to see) were not solo acts.

A number did not expect an entire album launch as a “side attraction”.

The event started about thirty-minutes late. One Voice Choir began the first of two opening performances. The Young Chorale, from Tema, followed that with two pieces. Precious Lord by Jim Reeves felt like a poor song to start the event with. The male soloist didn’t do much to make it any better. That forgettable performance gave way to a remarkable interpretation of Osei Boateng’s Gyatabruwa. The chorus seemed to find their voices in the harmony of Osei Boateng’s famous work. The dynamics of the performance were thoughtful, the choir’s singing was lush and confident, and that performance ended with well deserved applause. 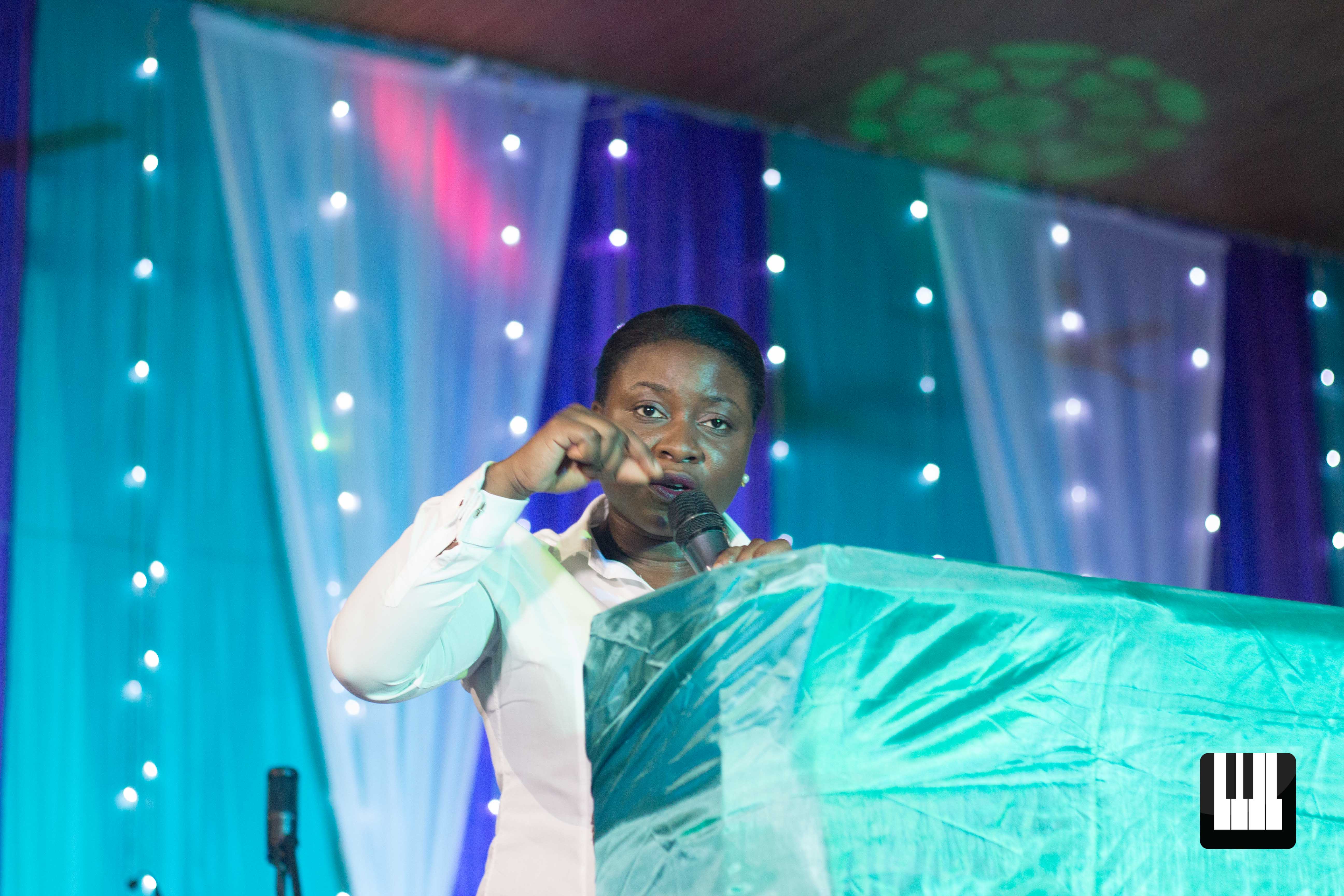 After these two quick openers, Mawuyrami Ocloo, a pianist and music therapist, gave a short talk. She made a case for her profession by citing various scientific and anecdotal sources to highlight the importance of the body’s response to music. She offered a technical definition of the field which placed it within the broader concerns of human health/well-being. From there, she offered practical examples of the application of music for therapeutic purposes. One such was the use of music to aid in the mental development of children, for instance, to help them develop social skills such as the ability to count.

She admitted the discipline is not widely practiced. Her work in pioneering the field in Ghana was highlighted in her brief talk. Her work has led directly to the founding of the Music Therapy Association of Ghana, and West Africa’s first Institute of Music Therapy.

After her talk, the singing continued. The Young Chorale took to the stage, this time with Ben Adjei. Their second entrance was unique: the choir began the performance as they left their seats to take the stairs leading up to the badly lit stage. When Ben finally showed himself, he took charge of the event. Following from the spirit of Mrs. Ocloo’s talk, Ben conditioned his audience to take the words of the pieces for their therapeutic value. Of course, this was more spiritual than scientific, but the goal; to increase the wellbeing of listeners, was similar. 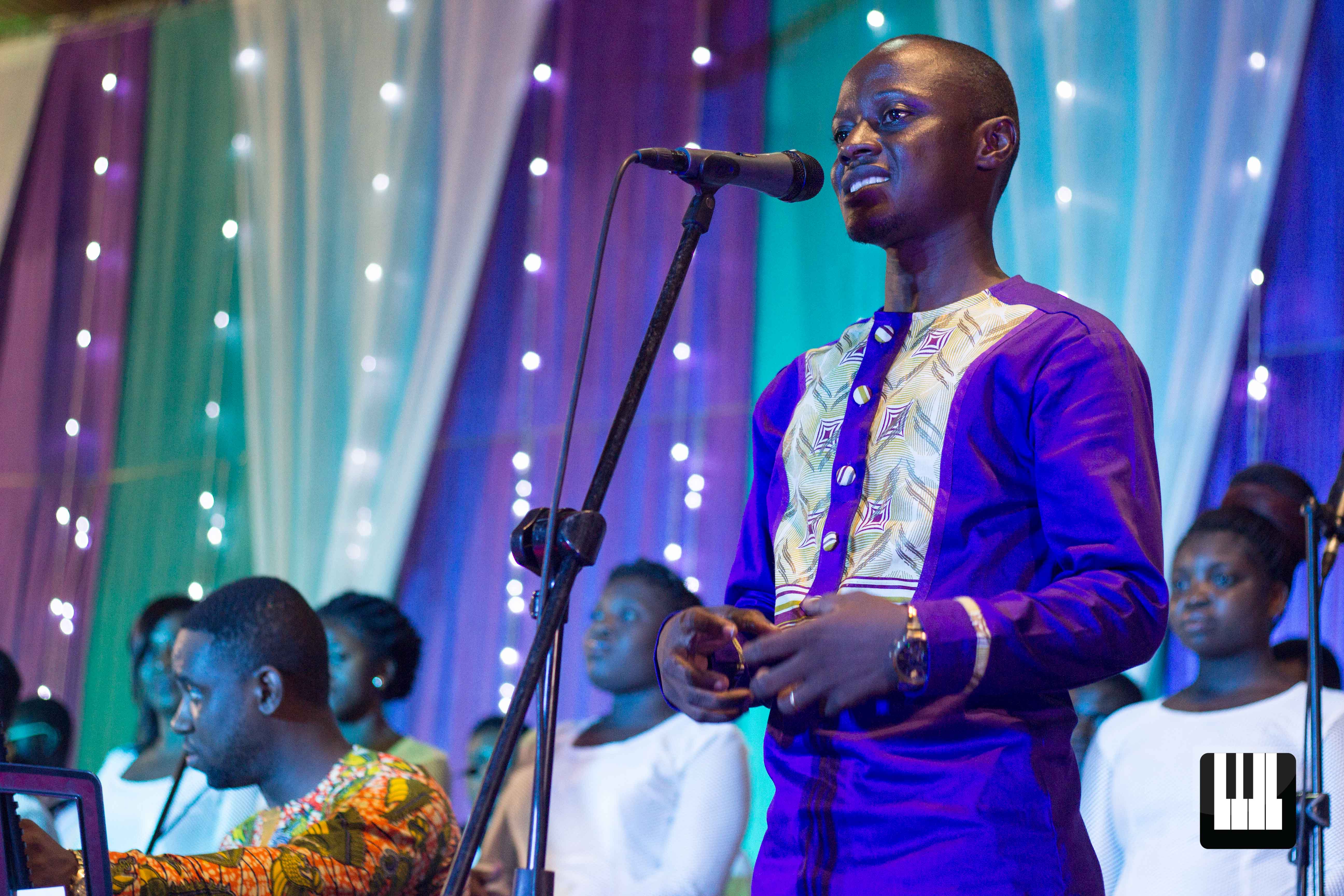 Ben personally introduced the pieces and appealed to the minds of the audience before joining in the singing himself. I thought this was wonderful. Despite the lack of context on the pieces (I had to ask for songs I wasn’t familiar with), the handholding to nail home the point of the entire show, in my opinion, did a lot to bring the audience closer to the music than they normally would be.

After Ben’s performance of Hackman Tachie-Menson’s Where is our God, Eddie Gaisie followed up with a remarkably virtuosic interpretation of Newlove Annan’s But They That Wait. In my opinion, Eddie’s reputation as a soloist was affirmed one more time by the confidence with which he applied his art to the well-known piece. A lesser man would have fumbled over the antics he showed off. Of course, his applause was deserved. 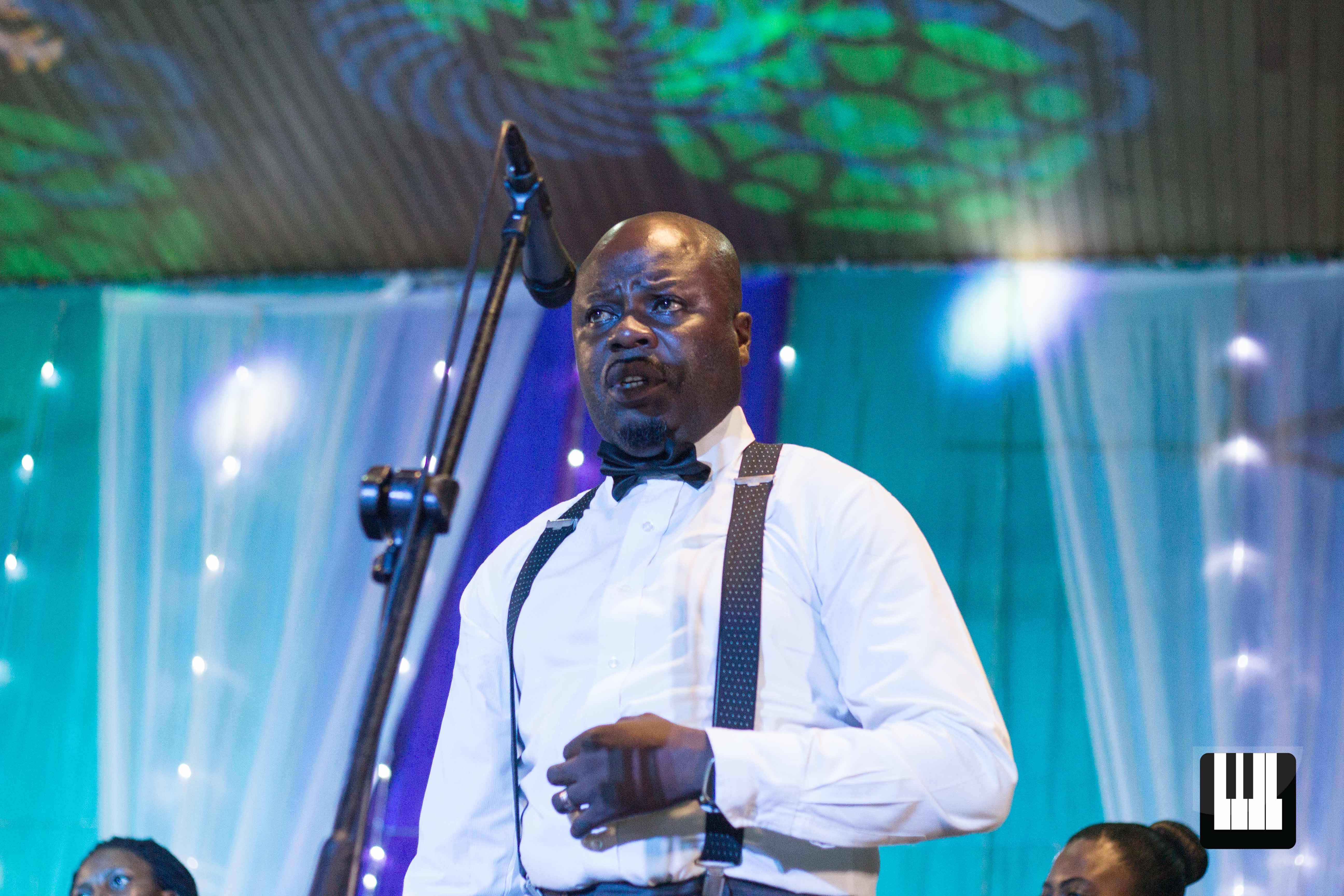 The violinist of the night, Enoch Gyamfi, accompanied Young Chorale in performing a very interesting song1. Unfortunately, that is all I am able to say about it. The title, if announced, was glossed over, as was the name of the composer of the piece. From Ben’s closing remarks about that song, he might have been the composer. If that was Ben Adjei’s own work, then I must commend him for letting his violinist play something other than repeating the melody.

Enoch Gyamfi’s instrument was barely audible. He had to compete with three synthesizers and a choir with a soloist. But if you were close enough to hear him, you would have heard a confident musician finding his way out of obscurity and into the limelight of Ghanaian art music performance. 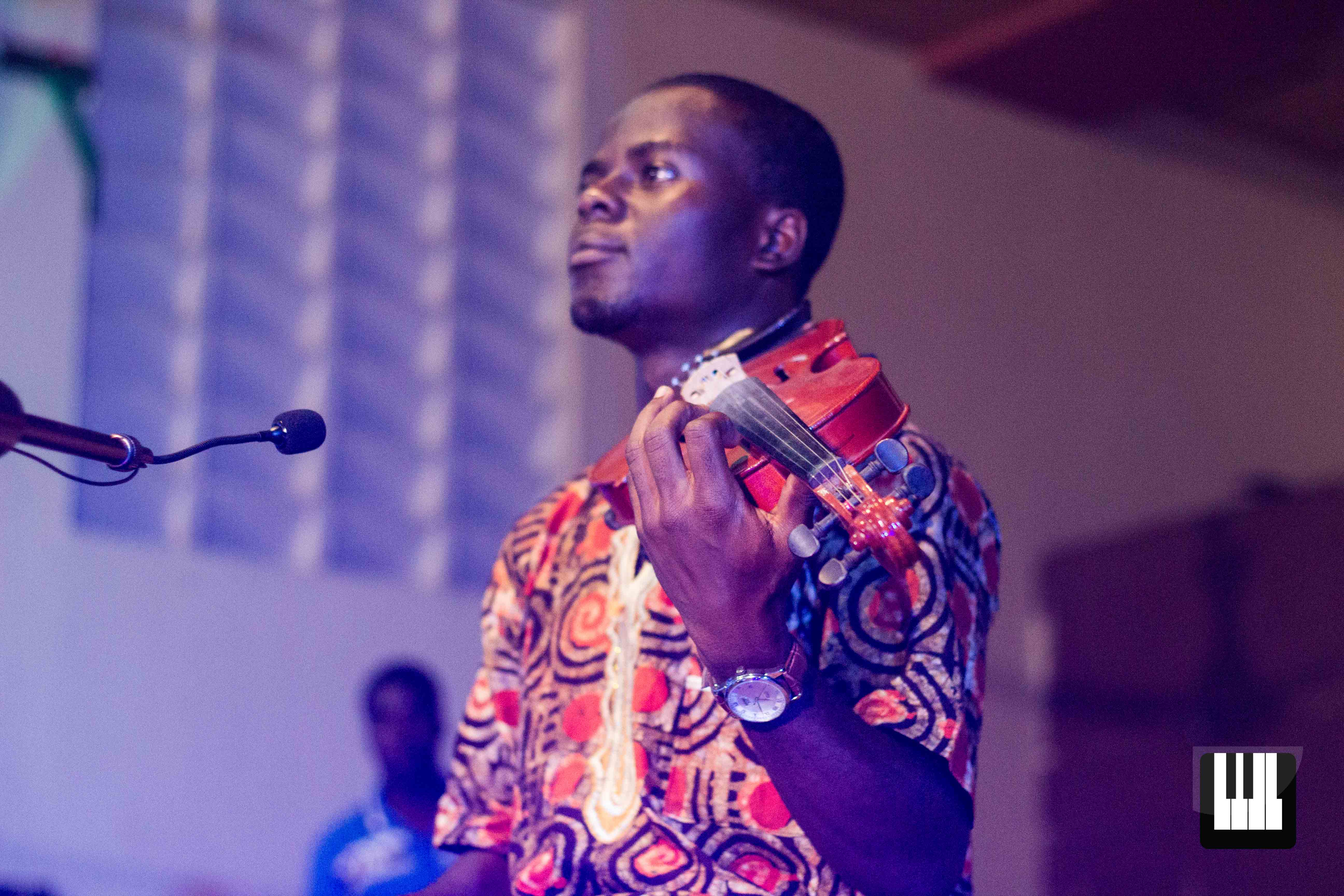 Soon after that unknown performance, a delightfully dissonant fanfare introduced You Will Never Walk Alone, sung by Ben Adjei, along with Leslie Carine, a soprano who reaches a remarkably high register.

After the fundraiser and album launch, the night went on with the usual series of performances from the billed artistes, choir and musicians present. The best surprise from Ben Adjei’s Music as a Therapy was this: the concert ended at 8pm.

A Ghanaian choral concert lasting under 3 hours is probably worth celebrating.

1 The piece performed was Gye Hen, a composition by Ben Adjei. Although he wasn't given a written part to play, Enoch improvised quite spectacularly, proving his maturity (and musicality) as a musician in a live setting.