On July 15th, Alfred Patrick Addaquay, one of Ghana’s foremost keyboardists, held an organ recital at the College of Physicians and Surgeons Auditorium at Ridge, in Accra. The concert, which has been in the planning for several months, was taken up by Airtel Ghana, whose generous sponsorship did wonders for the event’s publicity both online and offline.

Addaquay is one of the few musicians in this country who dare to break new ground and grow the niche of connoisseurs of classical instrumental music. Alfred has earlier held piano recitals at the British Council where his solo performances have stunned small, high profile crowds who flock to those evening gatherings. 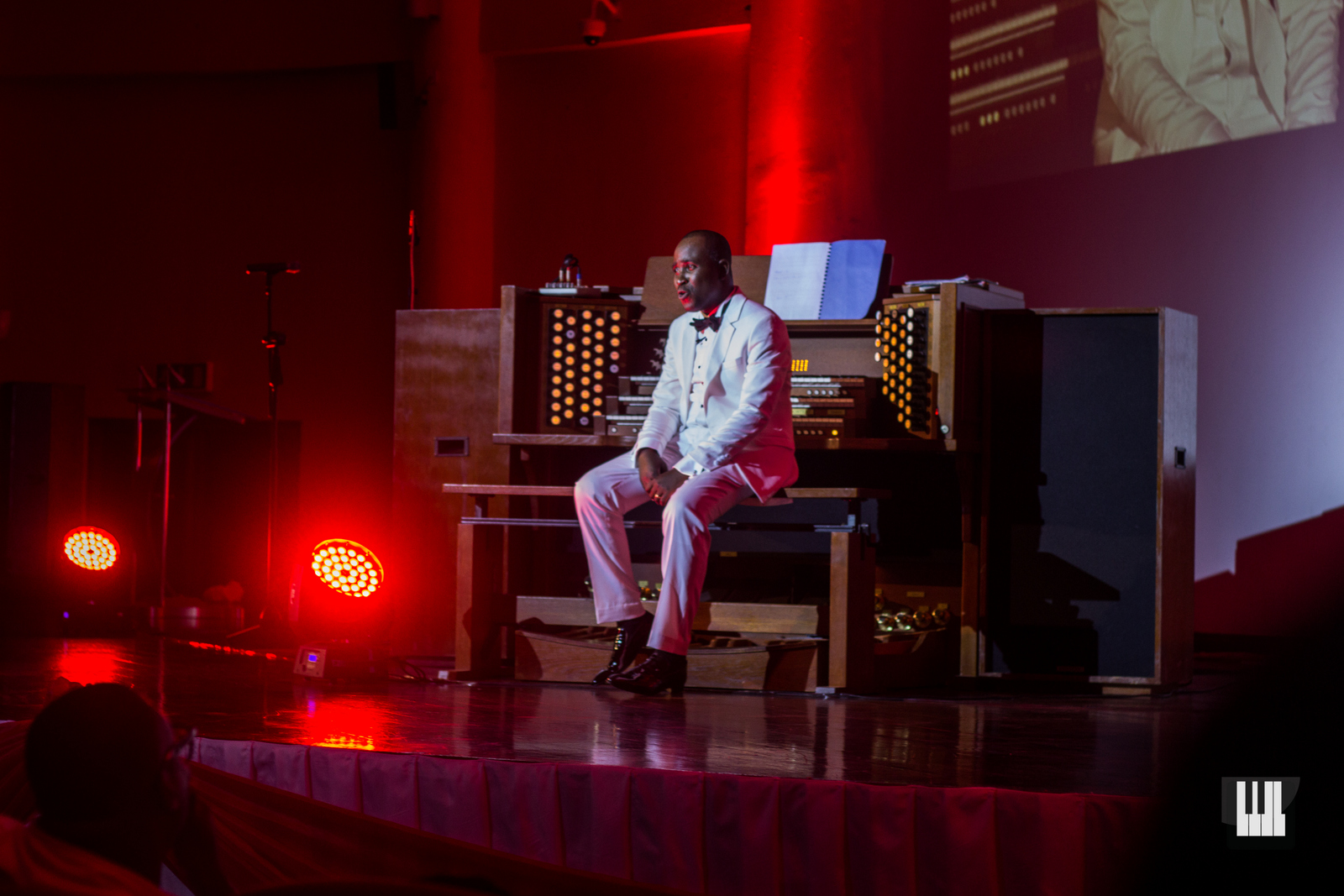 As instrumental music falls far behind choral music in Ghana, his appearances are relevant in expanding the Ghanaian music lover’s palette, making instruments first class citizens on the stage and preventing our cherished genre from stagnating under the weight of large, popular choral ensembles.

We have spoken earlier about the role of patronage in the arts and how it single handedly transforms the aural landscape of any period. The strong ties classical music has with Christianity in Ghana is a side effect of churches and other religiously motivated individuals and institutions being the main sponsors and promoters of such music.

Last Friday was the result of corporate Ghana deigning to sponsor classical music: high production value, marketing visibility and the chance for more people to discover something different.

When we arrived at the venue, the exterior of the College of Physicians and Surgeons was decked in Airtel corporate colours, with a red carpet and step & repeat banner. The technical team was busy getting the stage lights and sound ready.

The audience started streaming in early; notable among them was EB Takyi-Micah, Managing Director of Music Haven, who supplied the Content Organ used for the event, Paul Adom Otchere, host of Good Evening Ghana and JH Nketia. 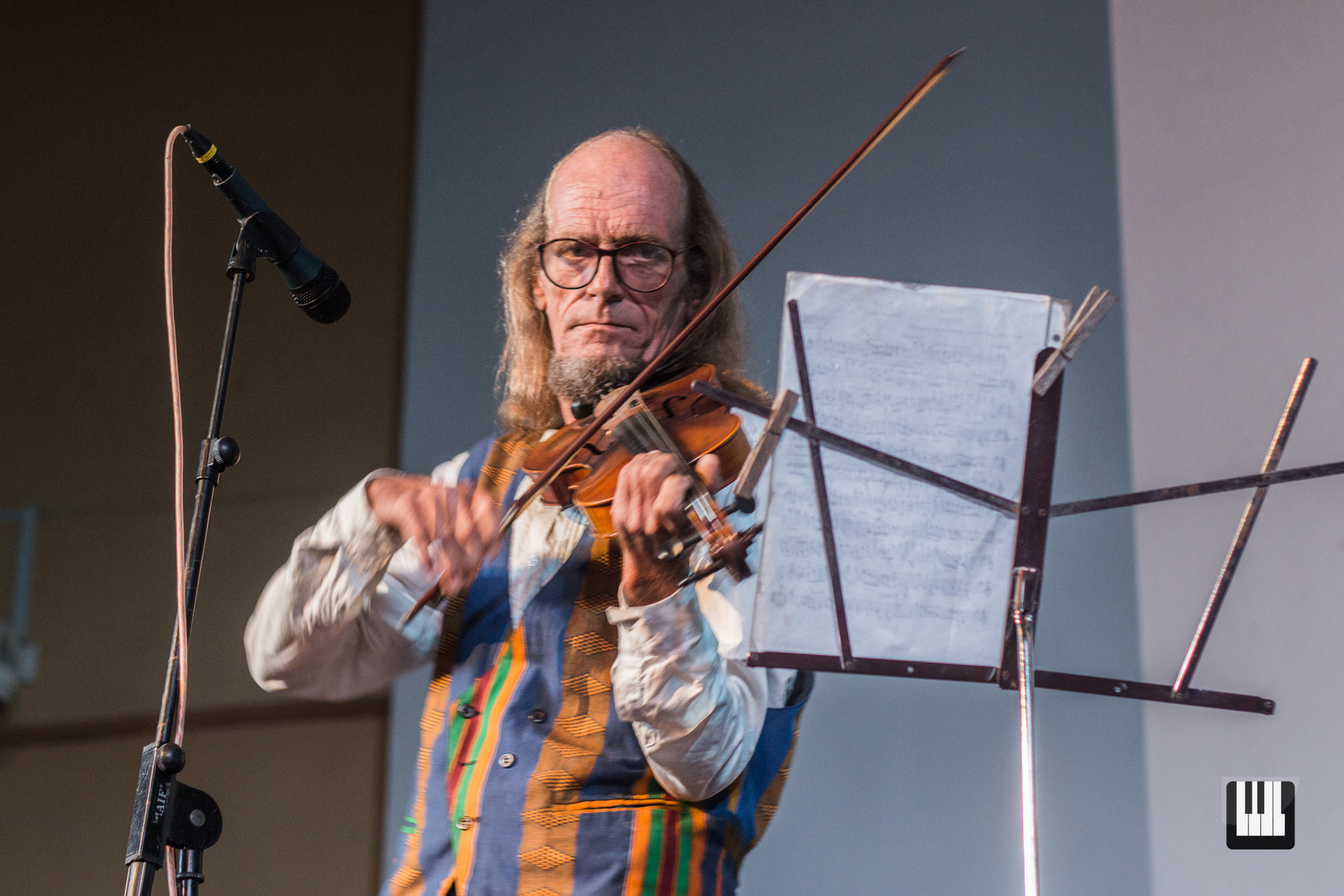 Fifteen minutes after the stated time of the concert, the MC for the night, Kojo Akoto Boateng, took the stage unannounced and welcomed the audience. He themed his address on genius, and introduced a violinist from the National Symphony Orchestra, Thomas Wohnle, for the curtain raiser.

Thomas played two pieces, the first was Massenet’s Meditation. We missed the name of the second piece, as the introduction was too brief and undertone. Thankfully, throughout his performance, the audience sat quietly and extremely attentive.

After the curtain raiser, Addaquay walked on stage and - as is his custom - introduced the first piece to make it more accessible to the audience. And there is no organ piece more accessible than the most famous in the instrument’s repertoire - Bach’s Toccata and Fugue in D minor.

As we expected, applause broke out when it became obvious he was playing with both his hands and feet. After an expressive interpretation of the famous toccata and fugue, his next performance was a Handel piece whose name we missed, though the melody was one of those recycled into his popular Messiah oratorio.

Addaquay remained within the Baroque period, moving away from the more relaxed Handel to another famous and lively piece, Henry Purcell’s Trumpet Voluntary. The highlight of this was his stunning embellishment of the theme at the very end with a very vibrant, militaristic rhythm which left the audience stunned and applauding. 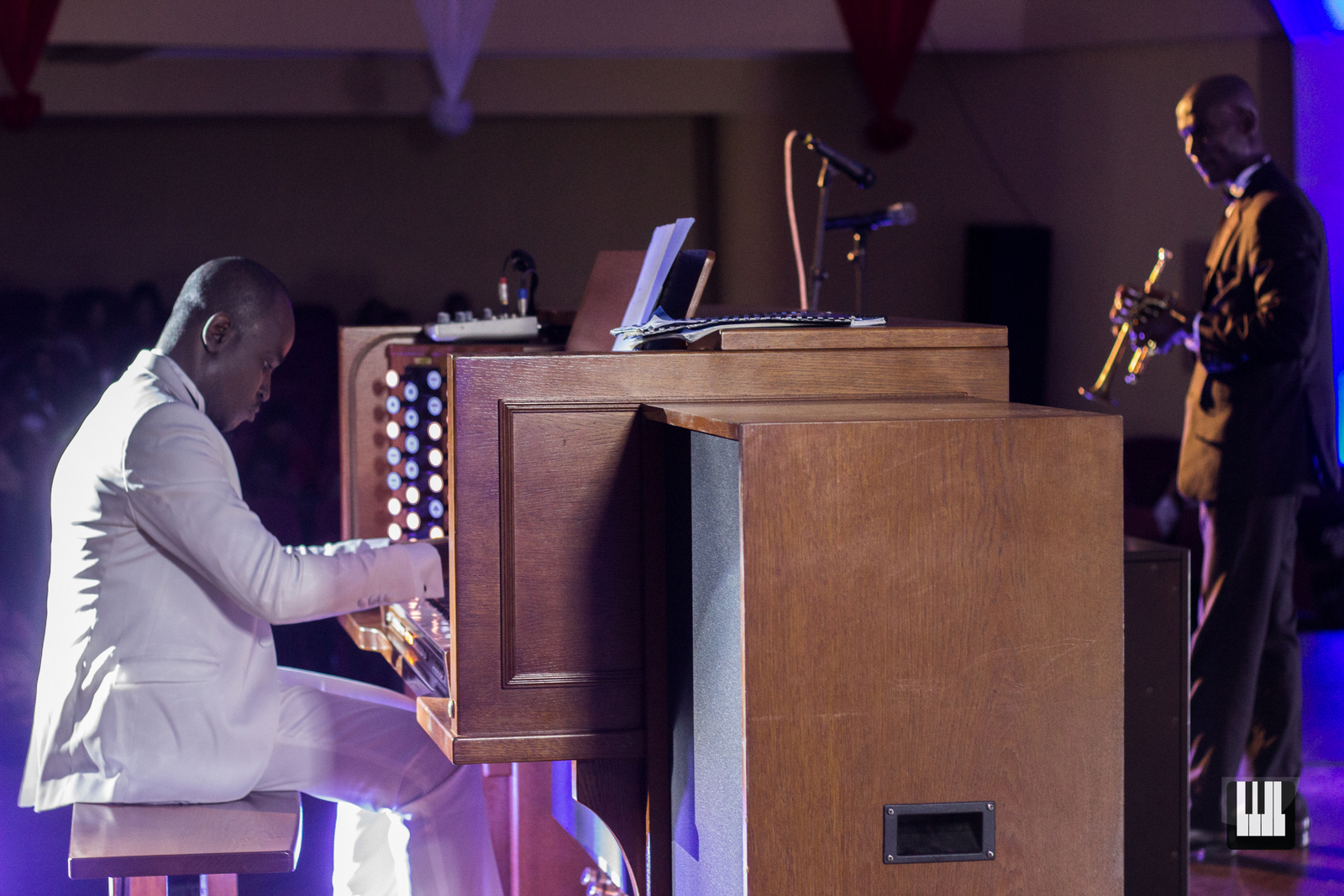 This reminded me of one quality of Alfred as a performer - his ability to communicate his charisma to the audience is as remarkable as the quality of his play.

The order of performances was also thoughtful. By sticking to popular pieces, he made it easy for the audience to relate to an instrument that can be quite overwhelming to listen to. Another thing that made the concert enjoyable was the overhead display which allowed the audience to marvel at the intricacies of the musician’s playing.

The first part of the concert ended with an arrangement of Handel’s Hallelujah Chorus for the organ and trumpet, the latter played by Patrick.

After this, there was an unannounced comedic interlude with ID James Brown, a “public speaker” who will be in concert with Addaquay on the 13th of August at the International Conference Center. 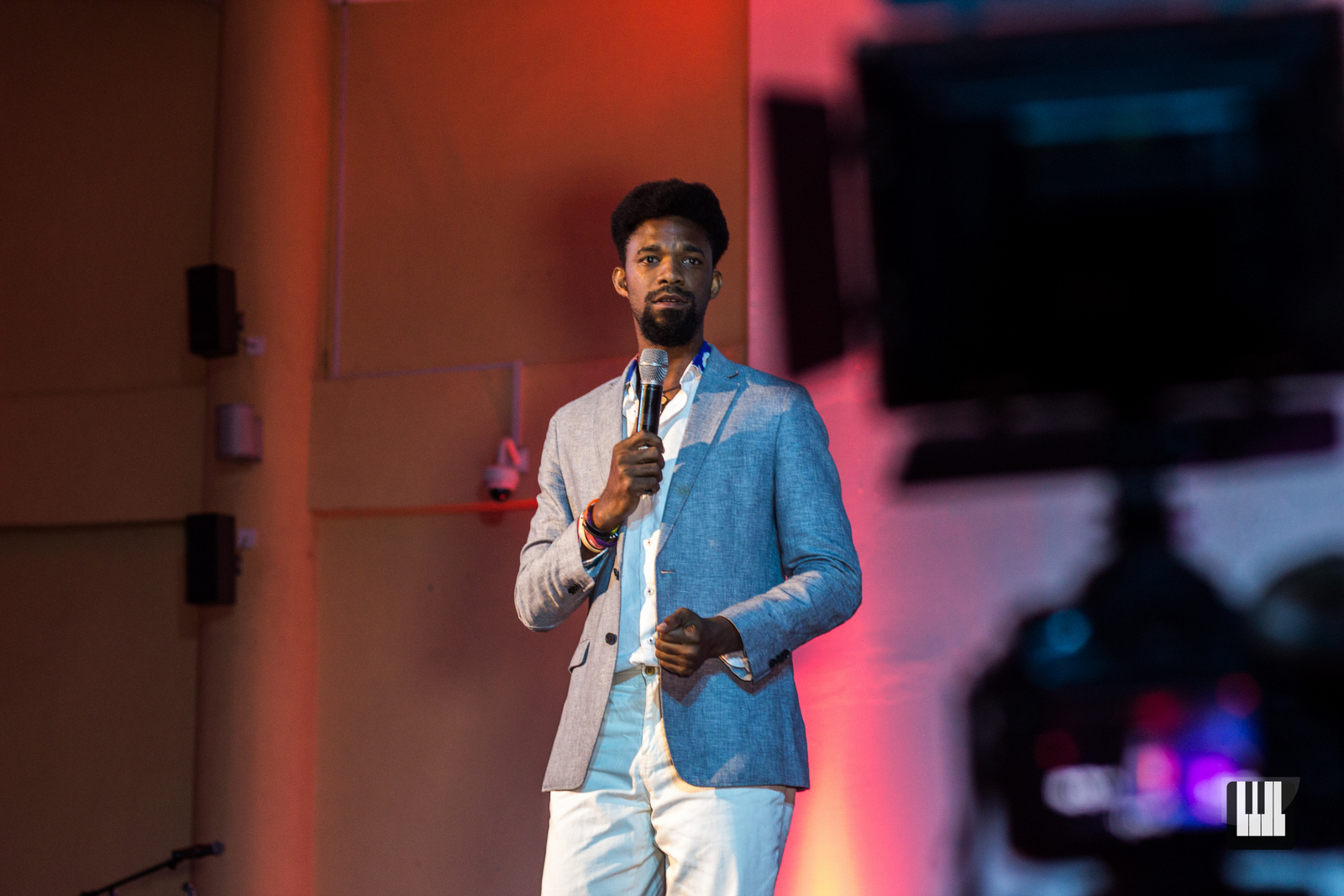 The second part of the night’s recital featured Ghanaian folk music, including Senyiwa, and a long medley of popular hymns. In this part, he invited the audience to sing along with him, and clap where appropriate.

There were a few things I would have wanted more of in this recital: for the most part, there was much less talking than I have seen in previous performances. Had Thomas spent more time introducing his pieces (just as Alfred had done with his first piece for the night), they may have left a more lasting impression on the audience.

That element of narrative cohesion was lost, although the music did well to hide the lack of context. Even more important is this sort of context for local pieces. I didn’t care much about Senyiwa until I read George Mensah Essilfie’s write up on a possible interpretation of that song. Perhaps, those in the audience who weren’t familiar with our own music would have benefitted immensely from some lengthier introduction.

Perhaps, we may learn more when Airtel publishes the edited recording of the night’s performance.

That said, I would like to see more collaboration between corporate Ghana and the most forward thinking musicians in Ghana. This partnership will do wonders for music appreciation in the country.