Jesse Johnson was called to witness the Margins Group’s 25th Anniversary Night of Music. It was a night of glamour mild disappointment and stirring music. Here are his thoughts on how the night went. 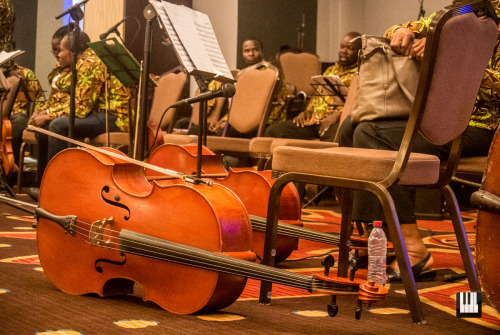 An interesting thing happened at the beginning of this week: we were called impromptu to a “small concert” with Addaquay, the St. John’s Methodist Junior Choir and the National Symphony Orchestra at a “certain hotel” in Accra on Wednesday night.

Though I was ill prepared and preoccupied with non-musical duties, I joined Isaac of SJMJC some distance away from the Kempinski Hotel and together we strode into what turned out to be one of our most glamorous nights of the year.

The Kempinski Hotel in Accra, “Gold Coast City” at Ridge has “the largest and most luxurious” ballroom in West Africa, and is especially equipped for musical performance. It’s a shame our trusty photographer got no shots to illustrate this point besides a few grainy photos on our Instagram page.

The breathtaking atmosphere set the stage for what we expected to be an extraordinary night.

The host, Margins Group, held the Night of Music to celebrate their 25th Anniversary. The first part featured serious music from the National Symphony Orchestra, Addaquay and the SJMJC. Following that, contemporary artistes took the stage to light the rest of the night up. Naturally, we stayed for the first part only.

The program started awfully late. Right from the start, the commencement time was unclear. Performers were expected to be present at the invite-only concert at 4:00pm. I was told the first hour of performance will start at 6:00pm. A business friend I bumped into expected the music to start an hour earlier. At about 7:30, the National Symphony Orchestra opened with a medley of Christmas carols arranged for string, brass and wind instruments.

It was quite clear that this event was hastily prepared for. Even on our part, we weren’t sure we will be in attendance. Patrick Gbekle, virtuoso trumpeter with the NSO admitted that indeed they had very little time to rehearse the music they performed. That little fact made the night more amazing in retrospect: the performances were quite splendid! 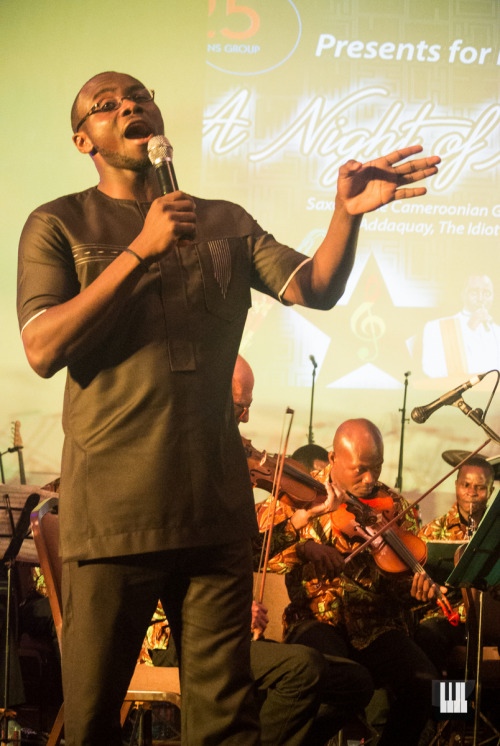 Kennedy Dankwa, one of Ghana’s foremost bass soloists sang Mozart’s Non Piu Andrai from his Marriage of Figaro. I was unfortunate to miss most of Kennedy’s performance at Classical Laughs some months ago. He was the primary reason for my attendance but, alas, I made it late. Being a bass soloist myself, I appreciate the part and effort it takes to deliver. Granted, this particular solo doesn’t sound particularly challenging (if you’re a reasonably good performer) but Kennedy’s dramatic gestures were most impressive.

You didn’t need to understand Italian to “get” what he was communicating. Speaking of communication: there was a lot of it between soloist and orchestra that night. Again, this pointed to the seeming lack of practice. Kennedy was in control and part conducted the orchestra: emphatically at a tricky entry after singing an extended passage unaccompanied.

What won me was Kennedy’s dramatic singing: with hints of playfulness and sudden forcefulness, those of us who sat in front got the full impact of his performance. The sound was balanced, from the soloist and from the ensemble. The strings were few and the sound was quite muffled. I paid no attention to the other instruments. They didn’t get in the way of the performance (as sometimes happens with brass instruments and voices overshadowing all others)

Addaquay and the St John’s Methodist Junior Choir came in after a few minutes of delay that gave room for the NSO to give us some more music. The MCs (I have my own issues with them) weren’t even helpful. I was let down when they made fun of the situation. It was their job the keep the spirits of the audience up, and eliciting their laughter seemed to work. But not for me.

When Addaquay eventually got on stage with his choir, he repeated the admonition he gave at his Night of Hymns. As usual, he pleaded for silence so the music can be listened to, and reminded the audience that they will be called in to sing along when it was time. 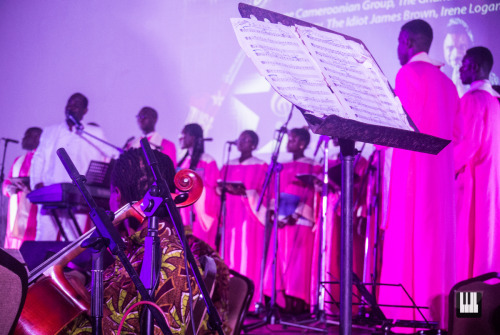 The saddest fact of the night was the poor audience behaviour. The lady sitting behind me sang right through the orchestra’s filler music (Silent Night) and some of Addaquay’s. She also made me know that she missed her school days where, presumably, she was made to sing hymns at assembly. I actually got up under the pretext of getting better shots, to get away from her.

The corporate audience definitely did not expect to be standing and singing hymns with Addaquay. When he motioned for them to rise up, few did. Many of those were the top executives who filled the front row. After a few seconds of singing O Come all Ye Faithful, they too sat down. I was the only one left standing when the hymn was done.

Addaquay played the Overture from Handel’s Messiah on a synthesizer, sang Comfort Ye and Every Valley shall be Exalted, before leading the choir in the chorus For Unto Us a Child is Born. For the first time I actually noticed flaws in Addaquay’s performance. Hints pointing at a hastily put together performance? Perhaps. Alfred actually missed several notes in his performance of the Messiah Overture.

His microphone was a tad too loud. This magnified the artifacts in his singing which somewhat ruined the arias for me. But he held his own and with his usual vibrato and dramatic antics, pleased the audience. The choir saved the night with a particularly well-performed Adeste Fidelis. If there’s one thing I’m thankful for, it is their voices and Alfred’s coaching. The choir seemed to falter with some parts of For Unto Us a Child is Born, but their performance still ranks higher than most I have heard from choral ensembles in Ghana. 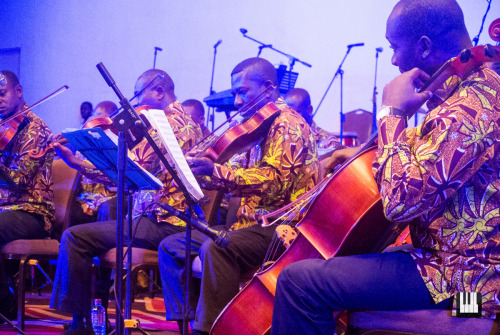 Although the night was tainted with hitches in musical performance and an unenthusiastic audience, I enjoyed myself. The performers were professional in their conduct, the music was good and I hold them in high regard for putting on such a show in so little time.

Hopefully, the ballroom at the Kempinski Hotel in Accra will be put to more musical use more often. The grandness of the location seems to inspire the best in everyone!