In Conversation with Dominic Ansah-Asare: Part 1

As one of the most popular personalities in the choral and classical music space, and the world of Ghanaian sound engineering, Dominic Ansah-Asare needs very little introduction.

His outfit, MIDO Productions, has been the brain behind the sound of some of the country’s most successful choirs, including the likes of Harmonious Chorale and One Voice Choir. As such, his workmanship has been heard by thousands around the world thousands of times. Yet, not many have heard from the man himself. 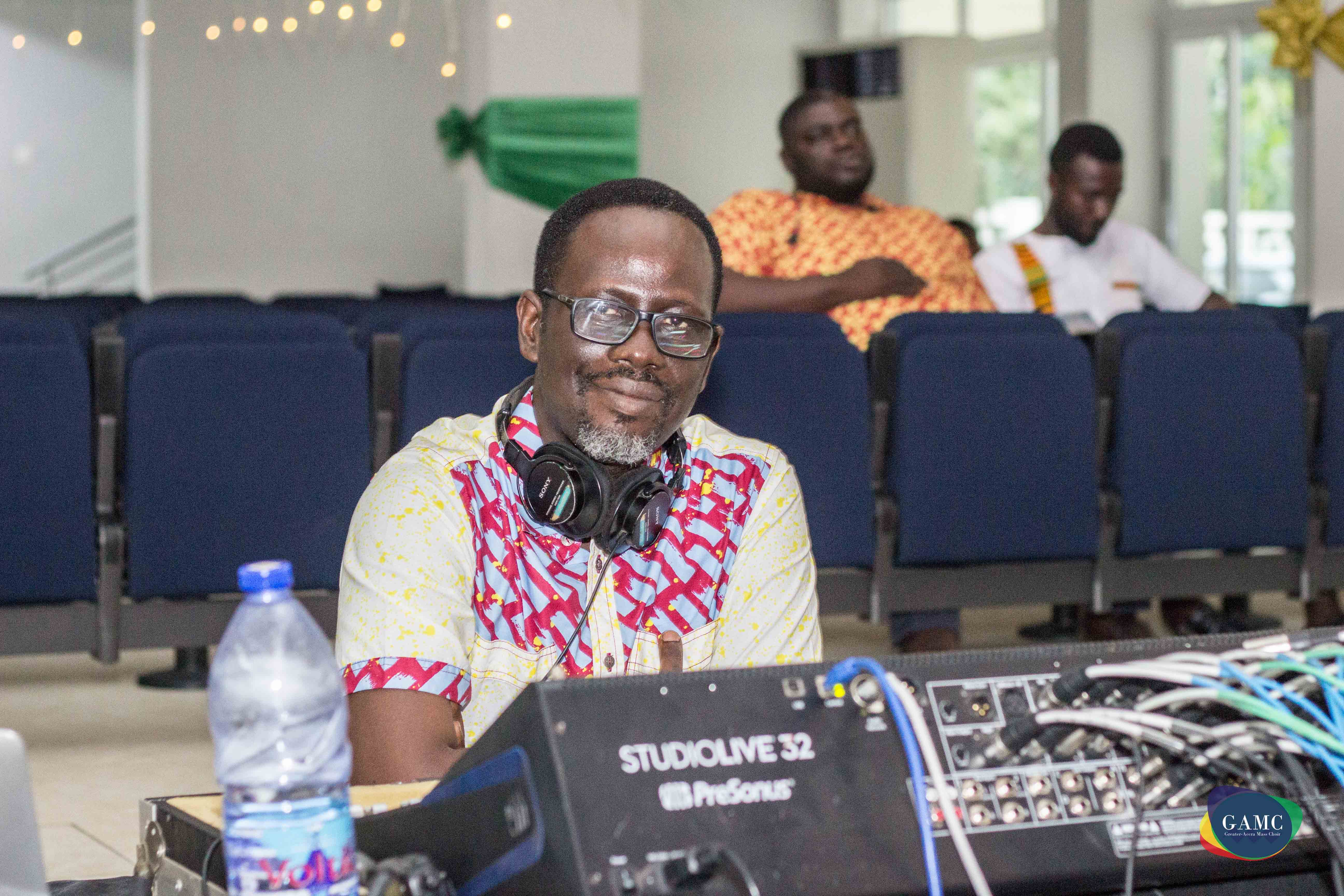 In a first, Choral Music Ghana caught up with the founder of MIDO Productions to delve into his life, experience and perspective. We’re proud to present the first part of our interview with GH Youth Choir Choral Festival’s Choral Sound Engineer of the Year 2019.

This interview was originally conducted in January 2020.

CMG: Tell us something about yourself.
Dominic: I am Dominic Opare Ansah-Asare. I hail from Larteh-Akwapim, but I now live in the Sakumono Estates. I’m married to Wilhelmina, and we have three children: Joseph, Lois and Odei.

I was blessed to be born into a musical family. My father was a music teacher. His transfers took him from Akropong to Kumasi, where he taught at Yaa Asantewaa Girls and Prempeh College. He furthered his studies at the University of Ghana, became the principal at a training college and, before he retired, took up a position as an educationist.

CMG: How did you find yourself in music?
Dominic: I started from home. I never studied the subject at the university level. I was a science student, and I’ve always been interested in music technology. My journey into sound engineering truly took off when I enrolled in a British Council music technology workshop led by Dr. Gordon Ross - then a lecturer at the Liverpool Institute for Performing Arts. My success in the first workshop led Dr. Ross to recommend me as a trainer for subsequent workshops.

CMG: How did this experience form you?
Dominic: After sitting under his feet from 2001-2002, I handled the next three years of the program. The experience gave me enough of a recording and technological foundation which augmented the theoretical and practical background I had built from home and my earlier experience as a musician. It was at this time that I entered the industry.

CMG: Has your life always been about music?
Dominic: Before music, I spent time in agriculture. After completing school (in 1993), I worked at Afariwaa Farms, a poultry and livestock farm in Tema. I moved on to a farm in Hohoe owned by the politician Dr. Obed Asamoah. I was able to transform it into the largest poultry farm in the (then) Volta Region.

I dabbled in other industries after I left agric: I ventured into computing with my company Hyperdist, and worked in shipping. However, the urge to pursue music remained strong. I eventually took that path.

CMG: Let’s speak about your life as a musician. Can you give us some background on that?
Dominic: My dad taught me to play the keyboard. To be honest, I am a pianist. I’ve played sonatas from Mozart and Beethoven, and music of that sort. I was an organist at the age of nine, first playing for the Kwaadaso Presbyterian Church. I did same, throughout my school years, for other churches including the Bantama and Ramseyer Presbyterian churches, as well as one Lutheran Church.

During my father’s years at Prempeh College, I got to know one musical family: the Boamahs. Although I was familiar with recordings from Baremboim, this family gave me my first experience of live classical music. They became my inspiration.

CMG: Since you grew up with classical music, why didn’t you pursue a career as a pianist?
Dominic: There were no avenues for performing classal music. I tried getting a gig playing at the hotel at Labadi when it was initially established, but that didn’t work out. On three different occasions, my dad prevented me from pursuing a career as a musician. He insisted I take my time, stay in school and “broaden my horizon”. Today, I am having that same struggle with my son.

CMG: Do you also sing?
Dominic: My voice is only good for teaching. Now, it is getting rusty, as I don’t get to teach as much. Although I oversee music for the Hope Congregation of the Presbyterian Church at Sakumono as their Music Director, I am not a choirmaster there. I had been conducting and directing music for years, but now I spend more time as a sound engineer.

CMG: You have transitioned from actively leading music performances to working behind-the-scenes. Do you sometimes miss the limelight?
Dominic: I have never liked the limelight. I don’t play my role because I want to be seen: I only act when I really must. However, even in my career as a sound engineer, my experience leading performances has been useful. I have not thrown that knowledge away.

Watch out for the second part of this interview, which explores the beginnings of MIDO Productions