Joseph & His Brethren Premiers in Africa

On the 2nd of July 2017, James Varrick Armaah’s Harmonious Chorale will stage Handel’s Joseph and his Brethren. This performance is the latest in the series of events that mark the choir's tenth anniversary. It also appears to the the first major public performance of this oratorio in Africa.

Performances of Handel’s music are not uncommon in Ghana. Despite the flourishing of Ghanaian art music, Handel’s sacred works remain extremely popular in the country, and contribute significantly to the Ghanaian listener’s understanding and appreciation of serious music.

What makes the choice of this oratorio out of the many famous ones from Handel’s repertoire interesting is its relative obscurity: according to Gramophone UK, Joseph and his Brethren remains one of the least popular of Handel’s major works, seeing among the fewest (if any) complete professional recordings since its first public performance over two hundred and seventy years ago.

This situation gives us the opportunity to witness what is likely Africa’s first public performance of the oratorio, by Ghana’s highest profile choral ensemble. The occasion feels historic. 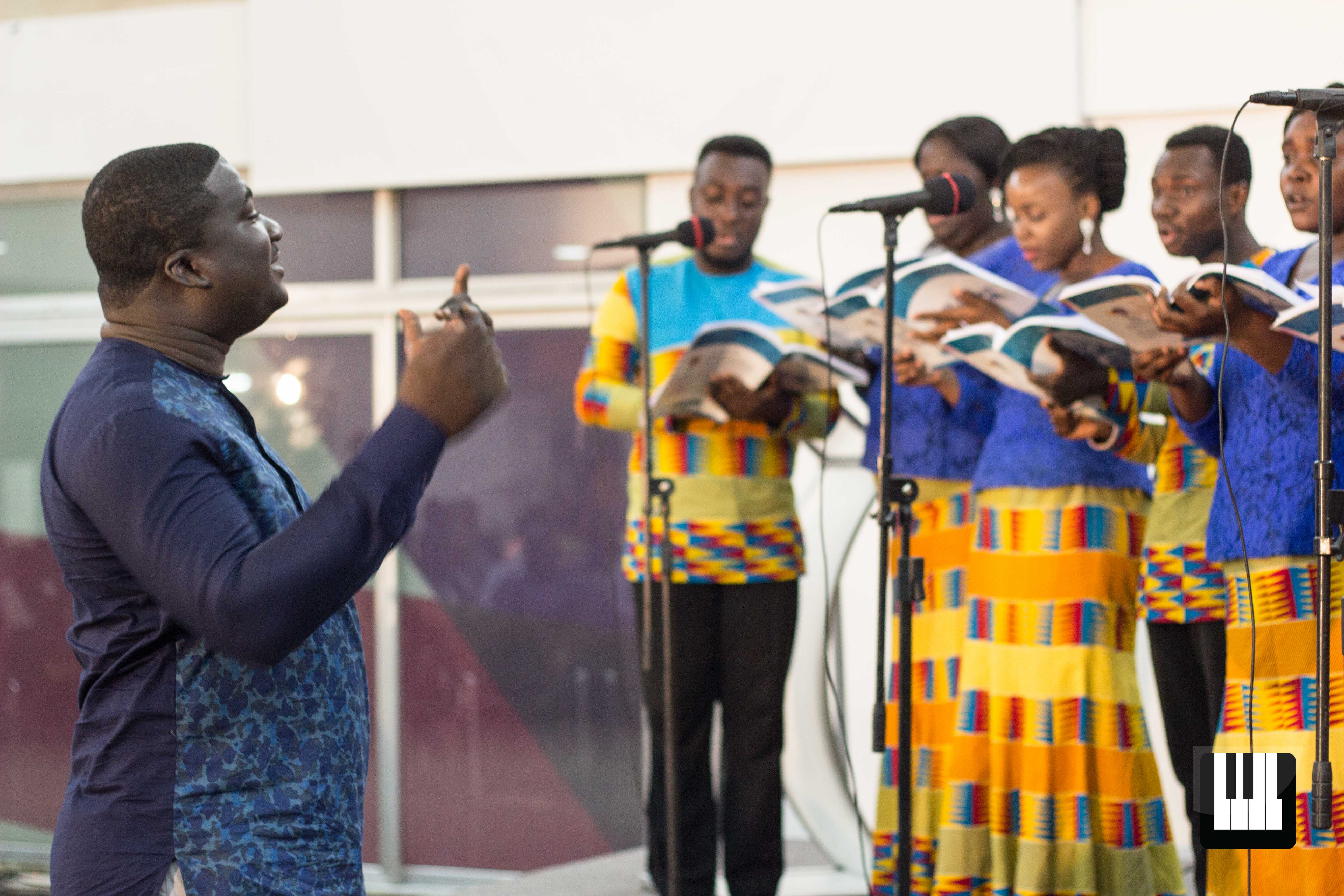 This year is also important for the choir; Harmonious Chorale celebrates its 10th Anniversary. The special occasion deserves to be marked by something unique. This was factored into James's choice of this work among other outstanding compositions from the past. Being a Christian ministering group, the significance of the Joseph narrative in the Bible gives this oratorio and its performance by a choir that grew from obscurity to international prominence within a decade a more profound grounding.

James also takes advantage of one of the work’s perceived weaknesses in assuming the audience’s familiarity with the story. The libretto does not follow a linear narrative. It reads like an epic poem, and rather than rehash and serve its audience a well known narrative, it delves into the the psyches of the characters who, for the most part, have appeared as bland players in an old Jewish story.

The libretto is infamous for being “hard to read” without the needed context. Even for someone embedded in a Christian culture, the work resists dull predictability with its selections of moments from the original story, and the liberty with which Rev James Miller embellished his work.

The first act meets Joseph in anguish in prison, where he is called upon to interpret a dream for the ruler of Egypt. A lot has already happened in the biblical story of Joseph’s life. Rather than focus on the entire arc of the titular character’s life, the oratorio begins at his lowest moment in Egypt, and quickly traces (and dispenses with) his path to Prime Ministership, as though what, for many, is the moral of the entire story, is just setting the stage for the main concern of this oratorio.

As the title suggests, this is a story not of Joseph’s rise to fame or his steadfastness to duty, but of his relationship with the brothers who cast him away. And unlike the rest of the biblical story that deals with black and white themes, this episode in Joseph’s life is one of the more human: it is filled with deceit, cunning, and hints of revenge.

Characters who either did not appear in the Bible story, or played lesser roles, are flesh and blood in this oratorio. The tragic figure of Simeon, Zaphenath’s “Hebrew prisoner”, is still conflicted about the role he played in his brother’s apparent demise, and hallucinates judgement from Heaven for all involved in the crime.

The duet between Simeon and Joseph is one of the highlights of this drama, perhaps even more memorable than the conversation between the latter and his wife when they were just lovers in the Pharaoh's court.

Miller’s genius rests on these scenes, and the drama he weaves out of the characters of this story is fascinating and refreshing. The poetry of Miller, shifting from the strict, sing-song meter and rhyme of the arias and choruses, to the freer monologues in the recitatives, makes that work stand quite well on its own.

While certain verses will strike a chord with those more religiously inclined (and appropriately keep the choir within its self-given mandate), it is far more likely that the beauty of the music, the pomp of the occasion and drama of this performance will move the audience most.

There’s little more we can say about the quality of music Armaah’s choir produces. The voices that make up this choir are among the best in the country, and they remain one of the few whose performances of European classics are worth a second listen. Staging a performance of this particular oratorio puts them on the same stage as celebrated Baroque ensembles such as The King’s Consort and Philharmonia Orchestra and Chorale, who are some of the highest profile performers of this work. That puts Ghana’s favourite choir in the spotlight, and this is fitting for the celebration of 10 years of good music.

Joseph and his Brethren provides an opportunity to not only sing well, but act out the drama of this splendid composition. Earlier this year, Gramophone Ghana, another impressive ensemble, performed JW Peterson’s No Greater Love. This performance has the opportunity to follow in those footsteps and set a tone we will hope to see more of later this year.

A publication of the performance will join the small number of extant complete recordings of this work, and will cement this choir’s name in the history of classical music as the first in Africa to take on this work.

There’s a lot to look forward to next month. We’re thrilled to be a part of this amazing story.