The Pirates of Penzance

Achimota School, one of Ghana’s historic secondary schools continued its year-long celebration of 90 years of existence with a performance of Gilbert and Sullivan’s “The Pirates of Penzance”. The school, set up by the British colonial government in the first half of the 20th century, grew to be an important center for the development of Ghanaian arts and culture, and the formation of a national identity informed by indigenous tradition and foreign influence.

The performance arts have been an important aspect of the school’s cultural life; Achimota is famous for its history of staging plays and operas. Of the school’s many productions, those by the British librettist WS Gilbert and composer Arthur Sullivan remain its most loved, and of those, The Pirates of Penzance was selected for performance this year.

On Saturday the 14th of October, old Achimotans gathered at the National Theatre for the revival of this production. It was very much an old school event, with the audience almost exclusively made up of old students or those associated with the school in some manner. There were many high profile attendees from industry and politics, including former first lady Nana Konadu Agyeman-Rawlings.

The programs handed out to the audience contained, among other highlights of the evening’s show, a helpful synopsis of the storyline. 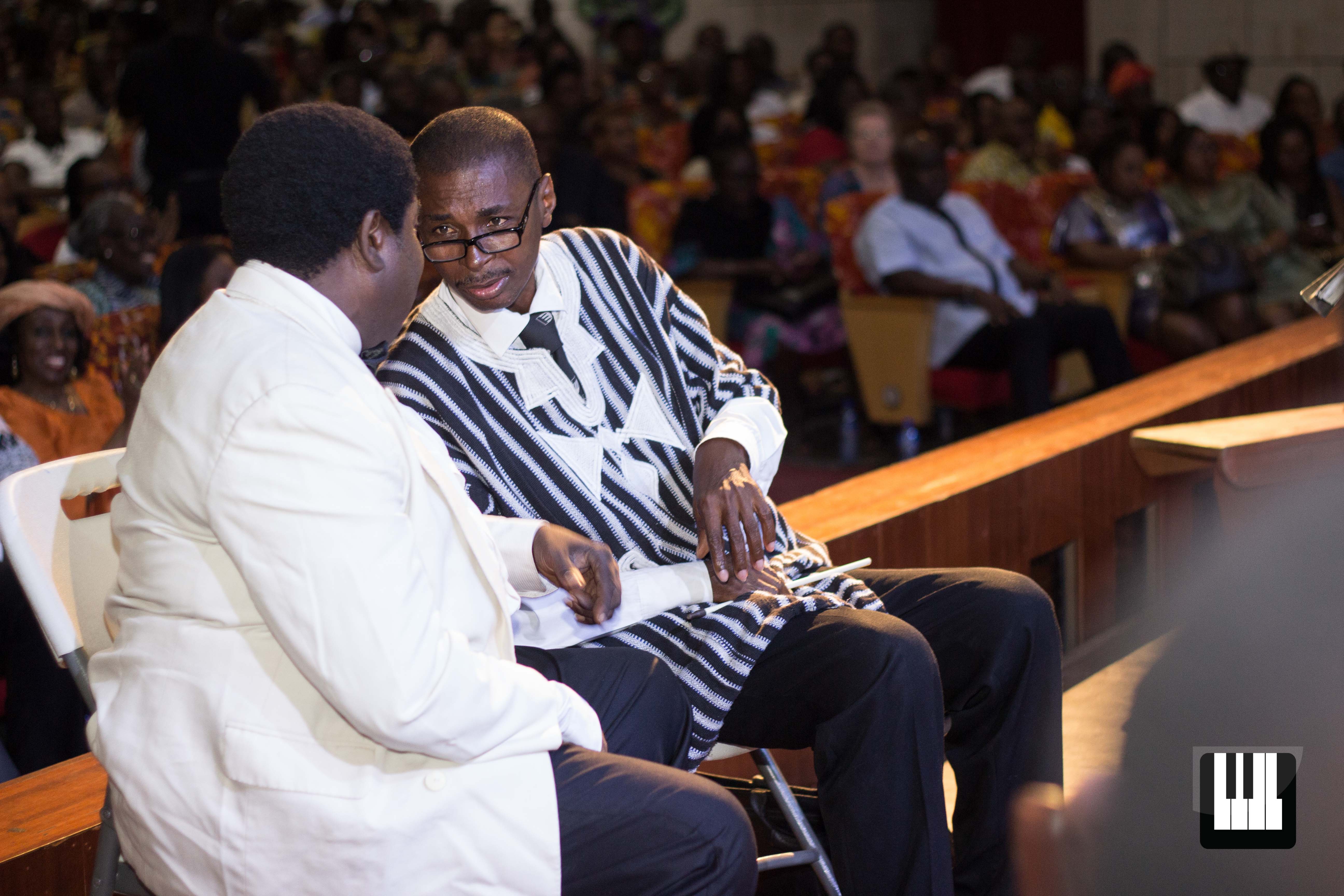 At about ten minutes to the stated time of the event, the musicians from Afro Maestros Orchestral Ensemble took their seats in the pit and began tuning. The ensemble had among their number some other musicians, including Matthew Eshun of Genius Hive and Ananda Glover-Akpey, an old Achimotan who played the keyboard in the 1985 performance. Leading the orchestra were Dr Kenn Kafui, a former teacher at the school and a lecturer at the University of Ghana’s Music Department and Mr. Chrys Placca, the current head of Achimota’s Music Department.

The event started nearly forty-minutes late, in time for the arrival of its most honored guest, the President of the Republic, Nana Akuffo-Addo. With the arrival of the President, Nii Ayikwei Parkes, a novelist, took to the stage to welcome him - and the rest of the audience - to the performance. He gave a brief background to the operetta. 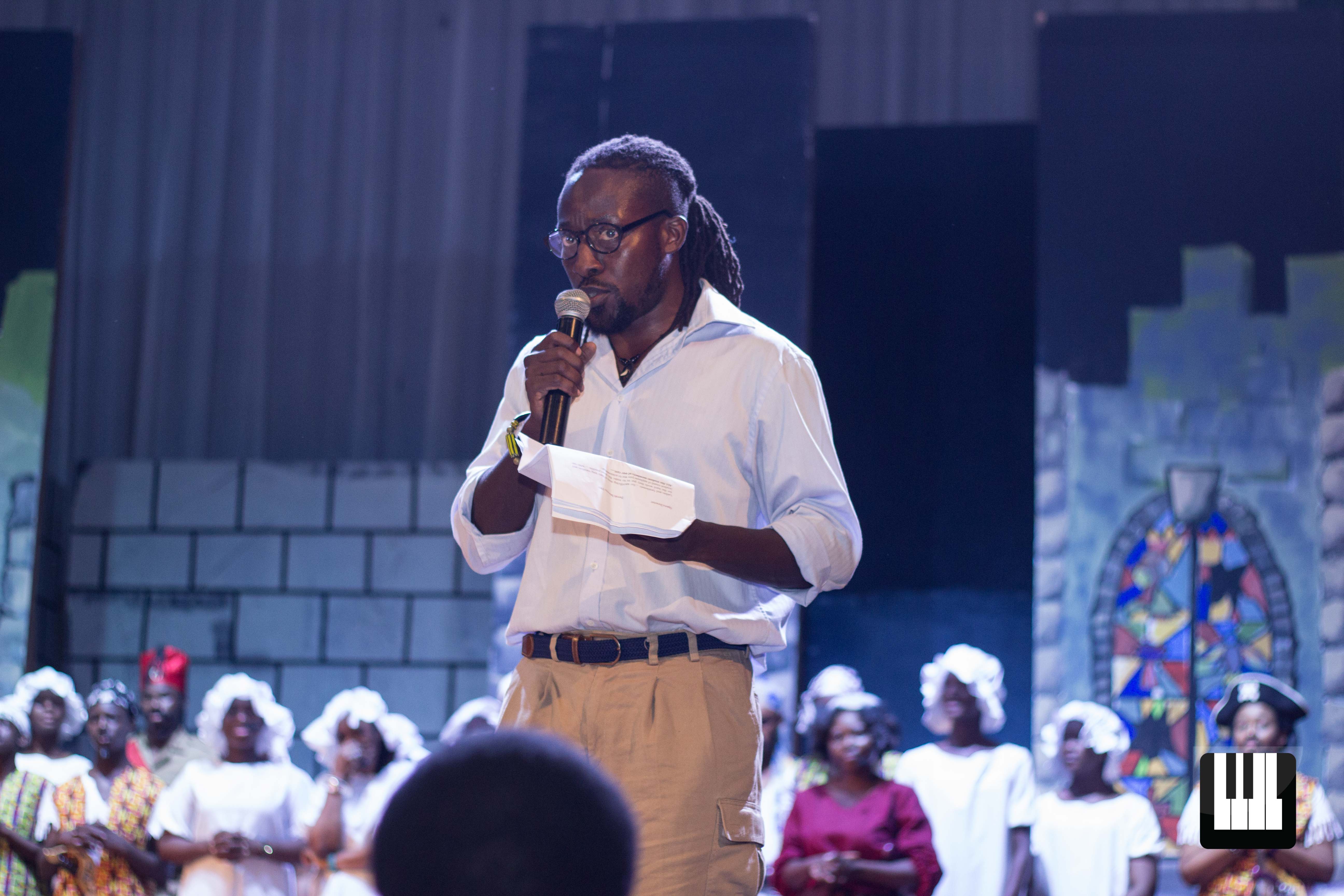 Gilbert & Sullivan’s The Pirates of Penzance premiered in the United States on 31st December, a date Nii pointed out was quite significant in Ghana’s own history a few decades ago. The decision by the British duo to first perform their work in the US was almost certainly economic: American theatres had been pirating performances of the duo’s shows. In order to curb the losses made to the American pirates, The Pirates of Penzance was first staged in New York.

As we had expected, Nii advised the audience on concert etiquette, to make sure everyone gave everyone else a fair chance of enjoying the show.

Kenn Kafui rose from his seat, and the the first notes of the show sounded from the pit. Right from the start, the sound was dominated by the keyboard and two flutes and percussion. The four-man string section seemed generally subdued when all the parts played with equal strength. The music, though, remained light, almost in keeping with the spirit of the small, comic opera. 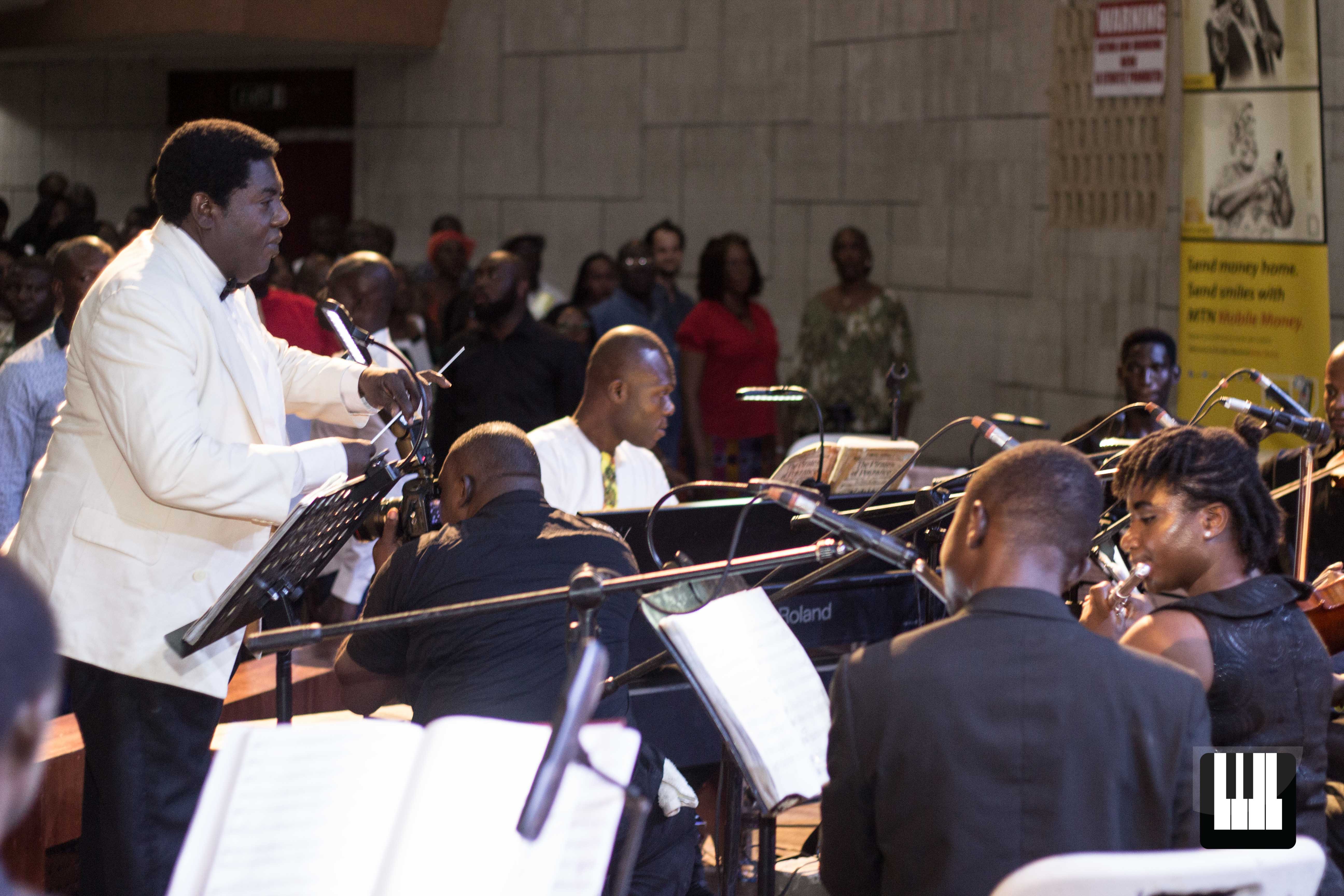 The audience was liberal with their applause after the overture, and kept up the acknowledgement after every impressive number. After the opening, the curtains were raised to reveal a bright, blue sea, before which the happy pirate band danced round their imposing Pirate King, Nii Teiko Evans Anfom, seated on a stool.

Among the cast was Irene Logan, a pop music artiste who played Mabel, the female lead. 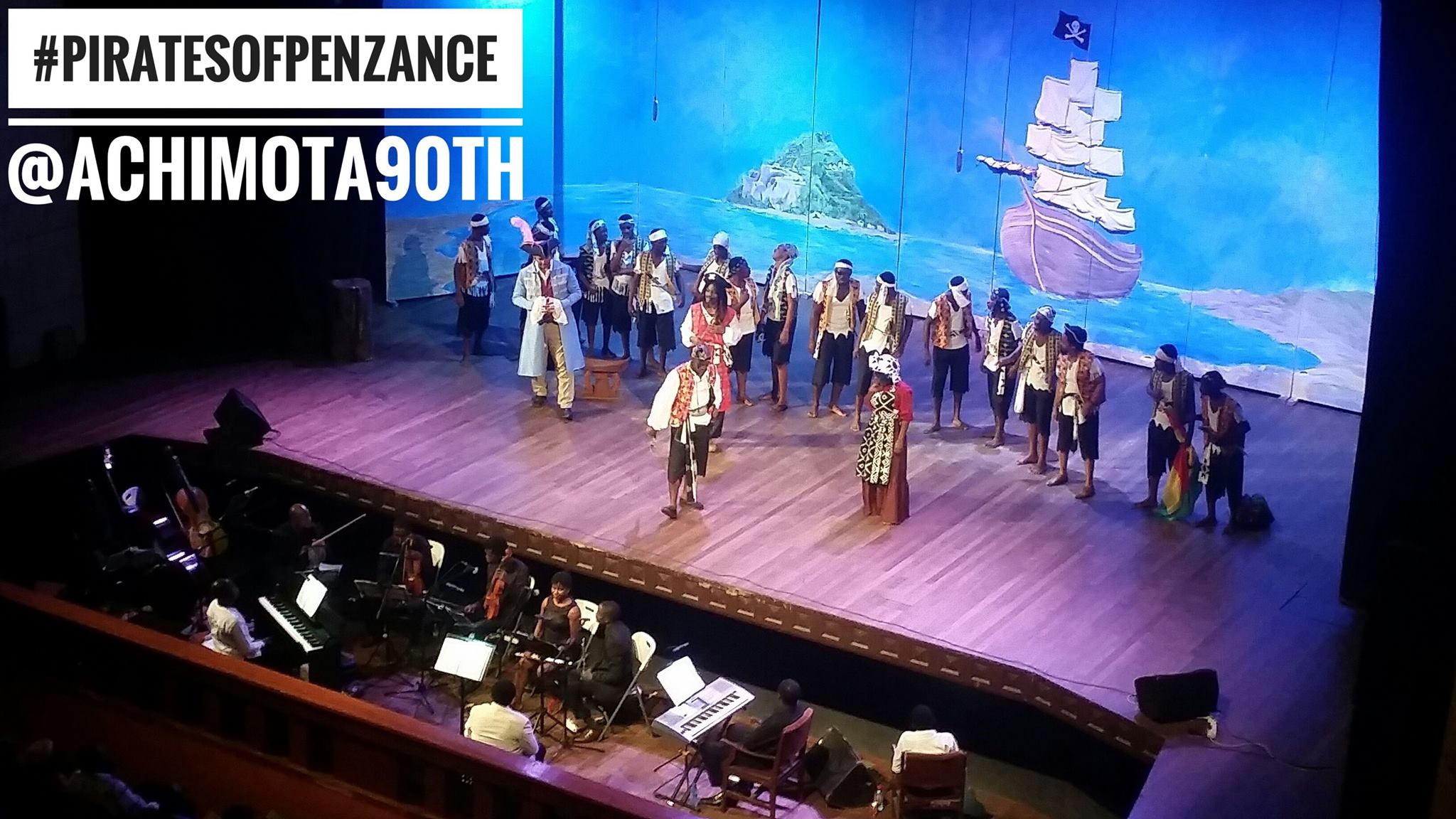 From the stool of the Pirate King to the attire of his men, the visuals of this production blended 19th century British culture with that of contemporary Ghana. In the first scene of Act 1, the Pirate King was the only person on stage with exotic garments. The rest of his band, mainly made up of students currently enrolled in the school, wore colourful patterns over their seafaring garb. The daughters of Major-General Stanley were similarly attired.

The fusion of the two worlds went down to the several clever alterations of the original libretto. The added references to contemporary pop culture turned the century-old work into a socially relevant satire of Ghanaian life. Not only were the obvious opportunities in The Major General’s Song used for topical comedic effect; the dialog generally reflected a modernised setting, with love for the Empire replaced with love for the Republic, characters sometimes resorting to vernacular remarks (mostly by the Pirate King, in Ga) for emphasis and one delightful moment when an audience member shouted the infamous “twea”, to the indignation of the Major-General and the chorus on stage. 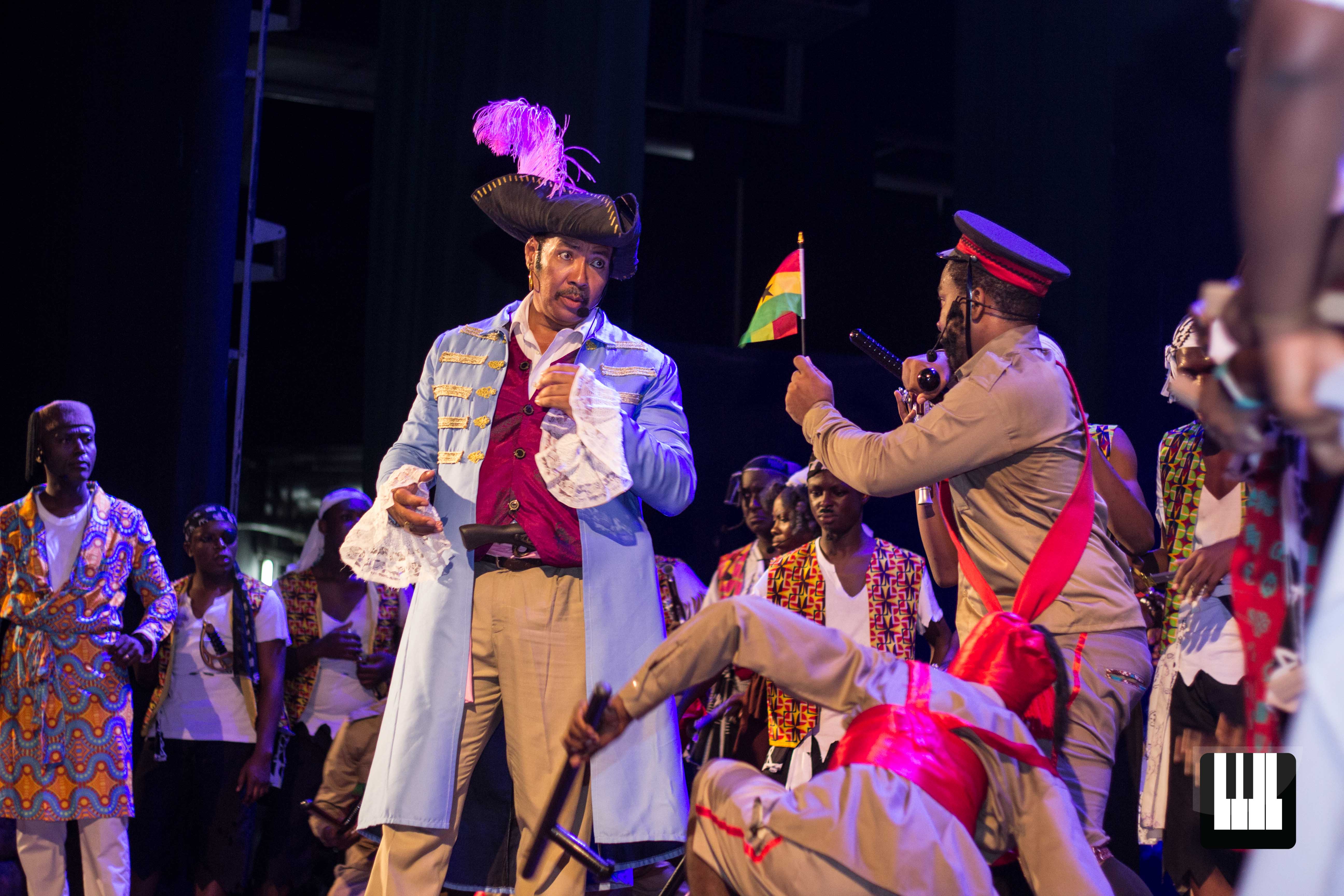 With a performance full of references to national development issues such as “dumsor”, the fight against galamsey and the Kalyppo craze that hit the nation at the height of the last general election, it came as no surprise that, at the finale of the show, the band of pirates were revealed to be assembly men who had temporarily gone astray.

Perhaps it was these relatable moments that made this production such a success for those who came to enjoy the music and the story. The show left a very good impression on us. The numbers the event drew convinced us of two things: that Achimotans are loyal to their school, and more importantly, a significant section of the country might have a taste for musical theatre.

These thoughts are informed by the recent theatrical performances we have witnessed from the likes of Extreme Productions, LUMINA and the Accra Symphony Orchestra and Harmonious Chorale, as well as the general interest in theatre in Accra with the work of Rev. Ebo Whyte and others. 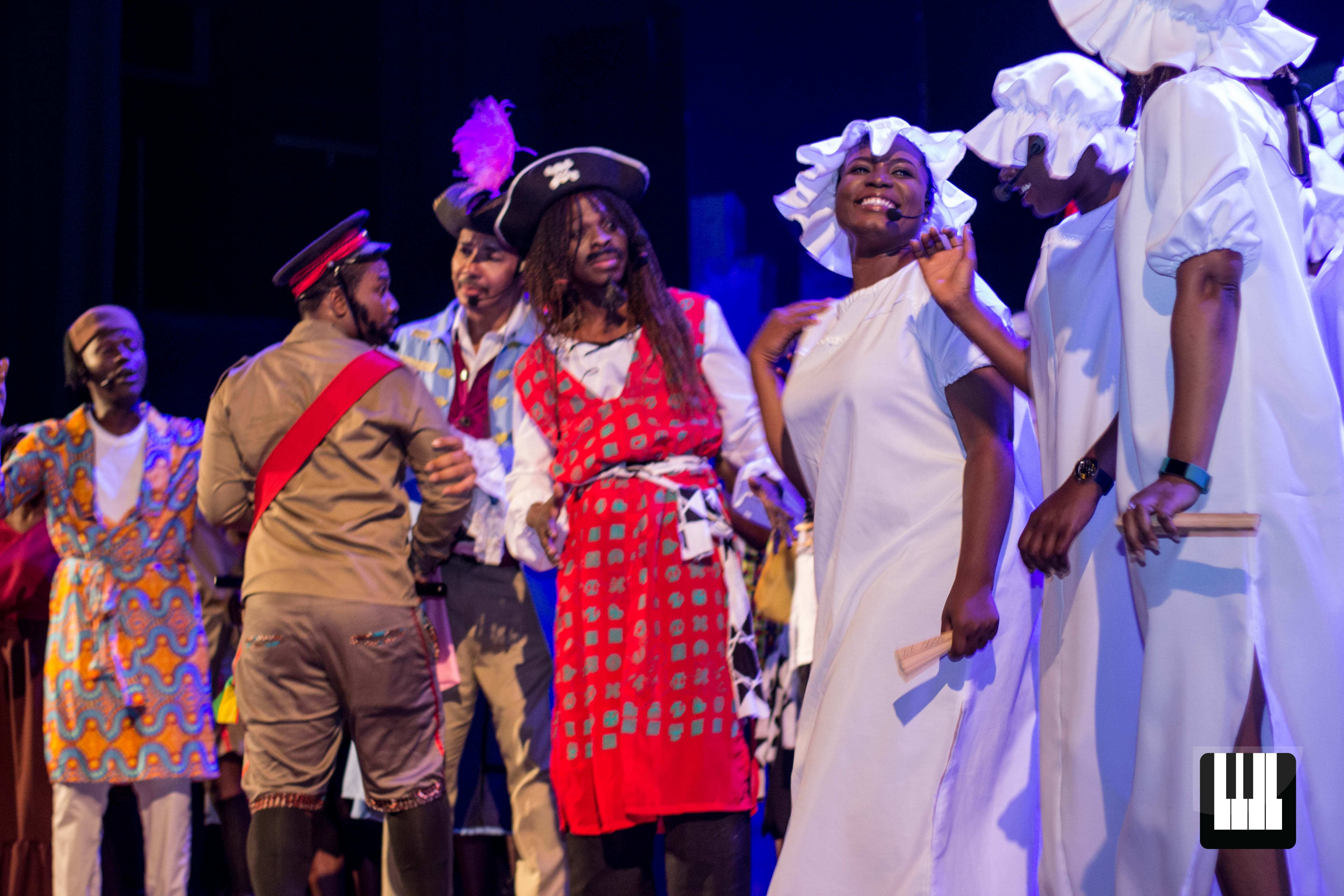 The production was not mediocre: enough care was taken with the costumes to make the pirates as authentic as was necessary. The same could be said about the daughters of Major-General Stanley who in the first act appeared in brightly patterned frocks, each with a fan in hand, and then in plain white nightgowns with matching nightcaps for the second act. The policemen and their sargeant were reminiscent of colonial law enforcement, and the booklong Major-General himself, when he first appeared, was dressed in contemporary military uniform.

While this performance was light on the props, the period pistols added another layer of authenticity proved how much thought was put into the production. The orchestra could have been larger, in our opinion, but the ensemble for the night was adequate for the show. 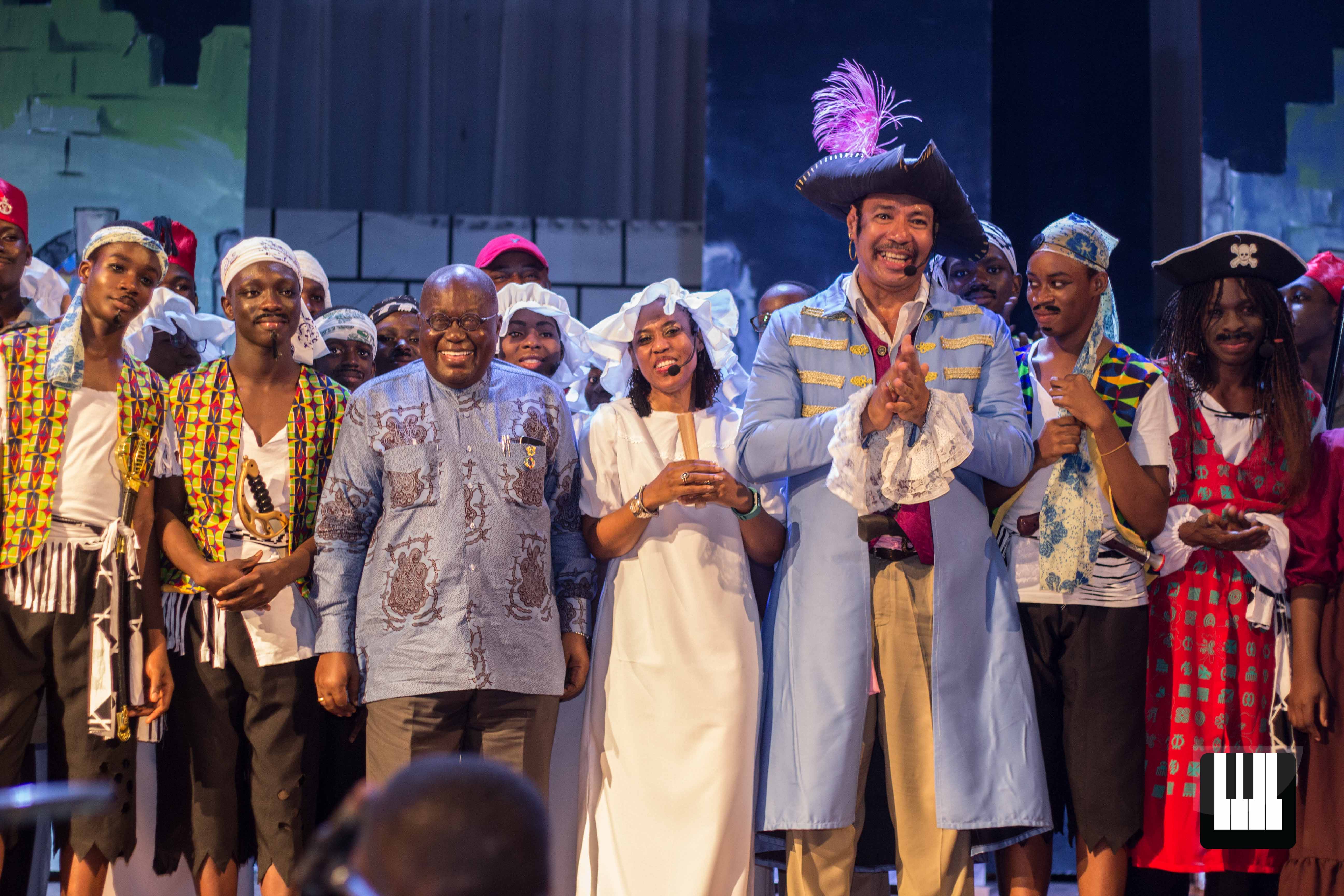 As one would expect from a school function, the night ended with the singing of the national anthem, and the school's song "From Gambaga to Accra."

If there is a chance that this public performance of a school favourite inspires more showrunners to stage more ambitious (or at the very least, more) localised English operas, art music lovers throughout the country will be eternally grateful for the opportunity to hear something delightfully different.