On Palm Sunday, we witnessed the pre-Easter concert and album launch of the El Dunamis Minstrels at the Osu Ebenezer Presby Church Hall in Accra. The event was held between the hours of 4 pm and 8:30pm. Their concert was one of the noteworthy choral activities to take place on that weekend.

The event was part of the choir’s tenth anniversary celebrations. It started about an hour after its stated commencement time. After short welcoming remarks from Mr. JNB Tetteh and Mrs. Esther Gansah (who has been with the choir since its inception), the choristers - dressed in black, with gold ties and mufflers - mounted the beautifully decorated stage. 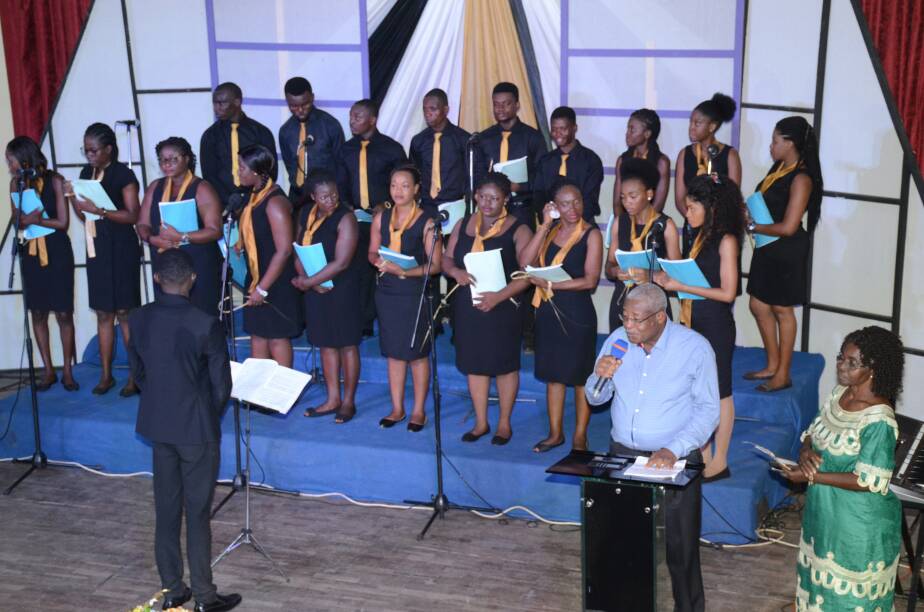 The history of El Dunamis Minstrels began with the desire of the choir master and music tutor of Osu PRESEC (Presbyterian Secondary School) to continue grooming the singing talent of students who passed through his hands.

The school has achieved some renown within the Ghanaian choral music industry for producing prominent talents such as David Azaglo, a compositional maverick and pianist currently furthering his musical studies in the Netherlands and Harmonious Chorale’s Joseph Quaynor, a graduate of the University of Education's Music Department and professional tenor, who played a leading role in their Joseph and His Brethren performance.

After this brief history of the choir was given, Mrs. Gansah led the audience to read the ninety-third Psalm.

Under the baton of Augustus Marmah, a former director of the University Choir, KNUST, the Minstrels performed a diverse selection of music from various popular genres. The first part of their performance included John Sweney’s Revive the Hearts of All which saw Mawuena Kuwornu sing a solo, All That Thrills My Soul Is Jesus by Thoro Harris, with a trio by Felicity Tawiah, Priscilla Quaye and Moses Torto, a beautifully rendered duet of EDK Esson's Yesu Dɔ Yi by Pertunia Konney and Moses Torto and Sweet Sacrament Divine by Patience Addo, Eleanor Dansoa Annor and Samuel Okpoti. 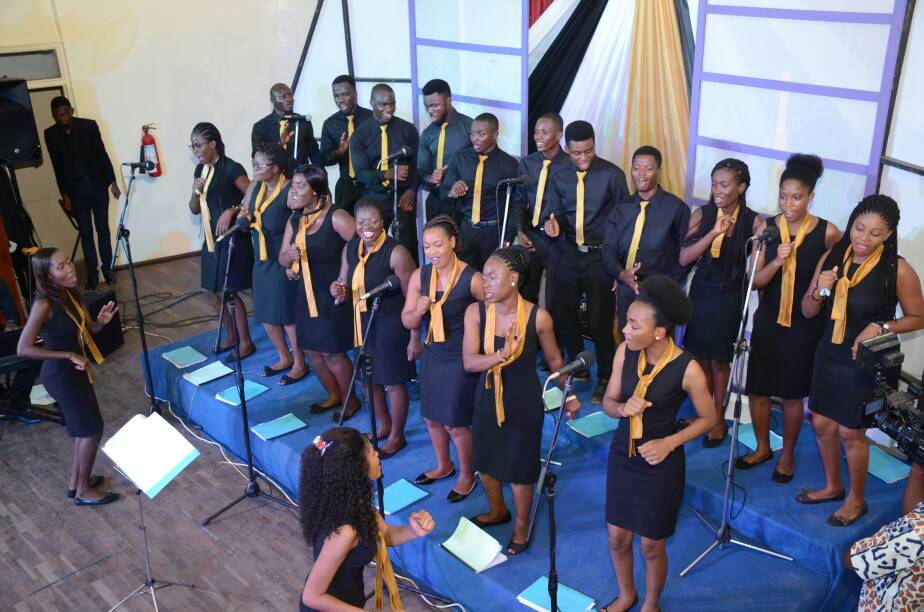 After a brief Scripture reading by Ms. Joyce Okai, the second part of the program began. This was dominated by performances of numbers from John Stainer’s Crucifixion including The Mystery of the Intercession and And As Moses Lifted Up The Serpent with an aria by James Addo. G.F Handel’s Surely He Hath Borne Our Griefs was also performed.

The albums, three in all, in three different languages, were launched by the board chairman of the choir. The three albums were titled Aseda Sɛ Nu, Yijiemɔ Salɛ and Excellent is He, in Twi, Ga and English respectively. The first few copies were sold for between fifty to five hundred cedis. After this, the enthusiastic choir continued the night of music with a selection of local and Western pieces including Tow Dwom Dɛɛdɛw by Kophye Kofi Chisaah, Christ Edzi Kunyim by J. de-Graft Simpson, Enyim na Monsuro Hwee and Bribi Papabi, both works of J.V. Armaah, Sam Asare Bediako's Mete Ase Yi and K Nkrumah's arrangement of Stella Seal's Menya Wiase Neama Nyinaa.

Despite the very late start of the event, this was a well put-together concert that showed this choir has a lot to offer the musical community in Ghana.