Music in the Time of Coronavirus

The interesting times we find ourselves in have afforded us the chance to reflect on the changes we have all experienced over the last few weeks. “Unprecedented” has been used often enough to describe that the word may have lost its edge on us, but to put it all in context: 2020 could go down in history as “the year without Easter”. And that is quite a loss.

Since Sunday the 15th of March, life in Ghana hasn’t been as we’ve come to expect. For the first time in decades - if not ever - churches in this rather Christian country have not been allowed to open their doors to worshippers. The government restrictions on large public gatherings, carried out in response to the outbreak of COVID-19 around the world and in our country was only the foretaste of what was to come to larger sectors of our society - the much-feared lockdowns, backed by the full force of the state.

The first victim of the pandemic - where musical events are concerned - was the first edition of the Constant Piano Recital Series, which was to be held on Friday the 13th of March, to honour JH Nketia and Ken Kafui at the Ghana Club. The recital was cancelled just hours before, due to concerns about spreading the viral infection that had been officially confirmed in Accra the night before.

As radical as the decision to drop this event seemed to us, we quickly began to see the ripple of concern spread across the nation’s musical landscape: next on the chopping block was Gramophone Ghana’s New Year Voice College, which should have happened the next day. Later that evening, in response to safety guidelines swiftly implemented by leading public universities around the country, one of the largest tertiary choral events: Pax Choir’s National Choralfest, was postponed by hosts Pax Choir KNUST. Our ship had steered into uncharted waters, and we waited throughout that weekend for some word from the government on how it would respond to the situation.

A day after the ban on public gatherings came into effect, the March Edition of Afro Classical Nights was suspended, with no timeline for the resumption of the show, due to uncertainty around the nature of the outbreak. That same day, George Mensah Essilfie’s landmark musical - the Kalabashi Concert - was also put on hold indefinitely. GHAMSU-UCC's Jubilaté Deo also suffered the same fate, for the same reason. The day that followed saw the cancellation of Chorale Africa’s flagship “The Creator’s Tribute concert.

In the middle of that fateful week, more shocking news reached us and the rest of the choral and art music fraternity: Ken Kafui - for us the focus of the cancelled recital and for many, the composer of Mida Akpɛ - had died. At that moment the scope of the tragedy hit us hard, and we had no fitting response. 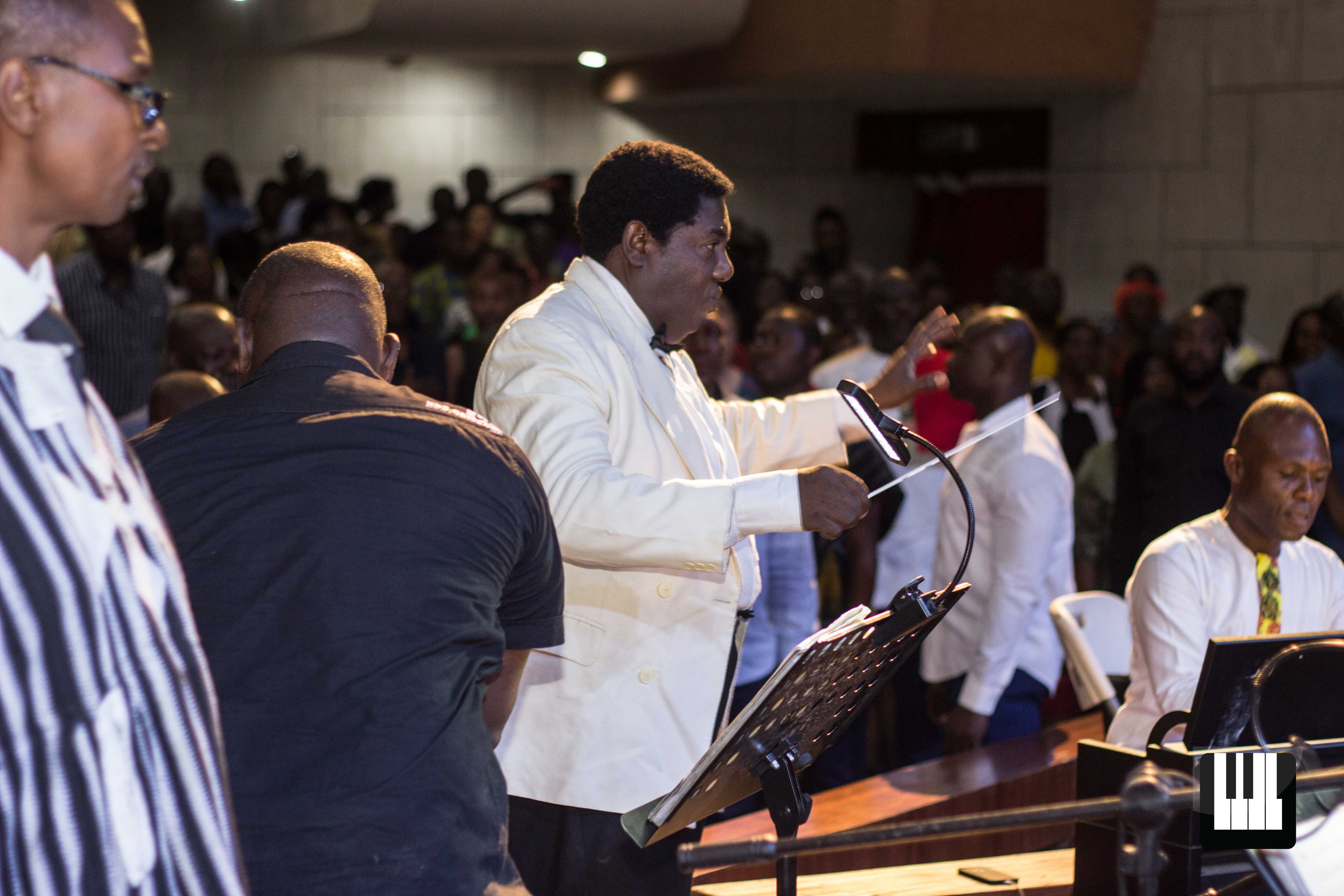 As the days went by, we witnessed the unfortunate reality hit many choirs and musical institutions around the country. The approaching Easter, with its build up of related concerts had been - for the most part - cancelled, and with it, several events major and minor. With the announcement of the lockdowns on Accra and Kumasi, the last nail in the coffin was struck and - officially, at least - no one was permitted to leave home.

If there’s one thing we’ve learned from this period, humanity cannot be bottled up. People always find a way to do what they want to do - what they love - in spite of whatever challenges they face.

For those who could not commiserate in person with the family of the late Ken Kafui, their outpouring of grief and celebration of the life of the composer had only one outlet: social media. And that was used to inspiring effect, by individuals and by choirs who had worked with him. We saw the rise of the #OneStanzaChallenge, which saw several people join in sharing videos of themselves singing verses from their favourite hymns. Besides allowing stuck-at-home fans of choral music the chance to share the joys of hymnody, this short-lived phenomenon surfaced - as all of such things eventually do - a few talents.

More technologically adept groups have gone on to orchestrate performances, stitched together from recordings of choristers (and musicians) singing in their homes. And individuals with not much doing have produced a lot of content for the online world. Groups and other institutions have gone ahead to host meetings in virtual spaces, from rehearsals on Zoom to entire music education lectures, like the free workshop sponsored by Arts World International.

Globally, musicians have taken the same steps, with everything from home recordings to high profile global concerts like Andrea Bocelli’s Music for Hope and Harmonious Chorale’s Weekend Worship. 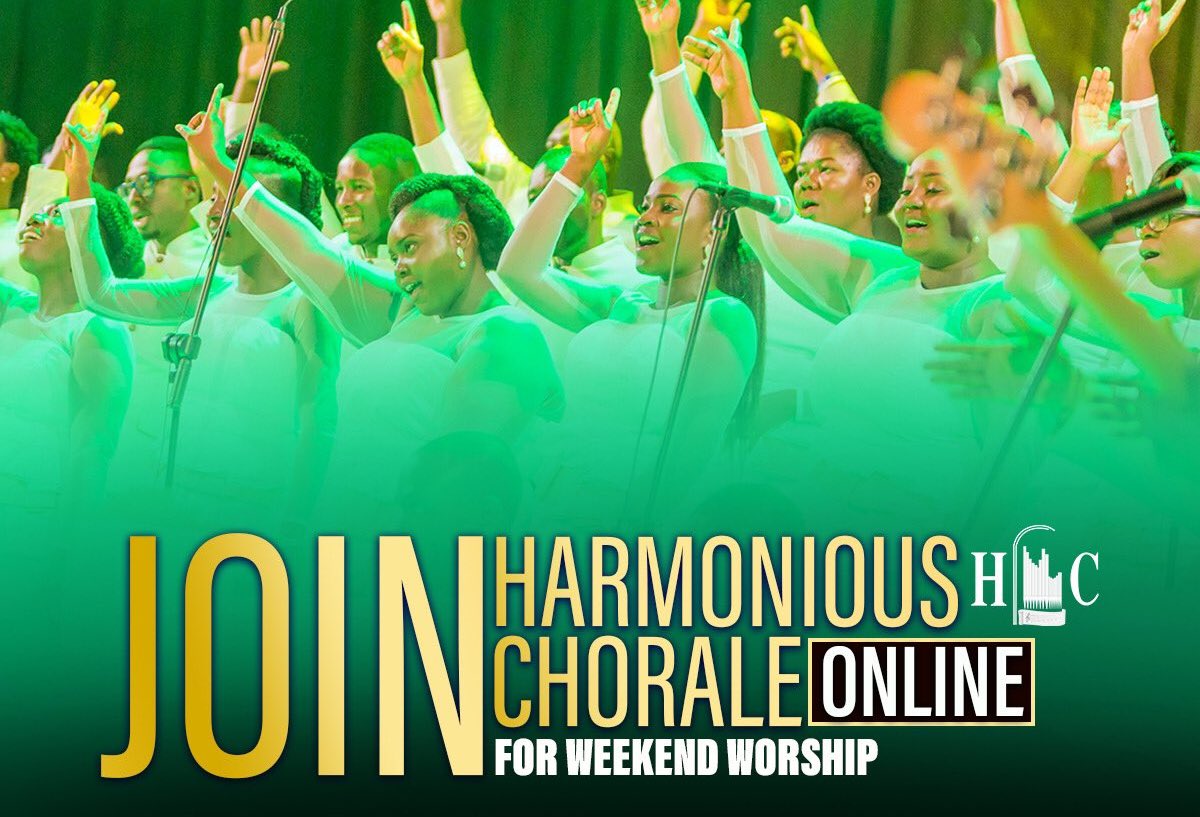 Last Sunday was an unusual Easter for many of us, but in the most significant ways, our Easter was not cancelled. Music finds a way, even in uncomfortable circumstances.

And as the coronavirus pandemic grows in our neck of the woods, we can only hope that the music will rise up against the tide of fear, panic and uncertainty this season has dealt us.