After seven days of voting, we're proud to announce as winner of the first Ghana's Favourite Love Song Competition: 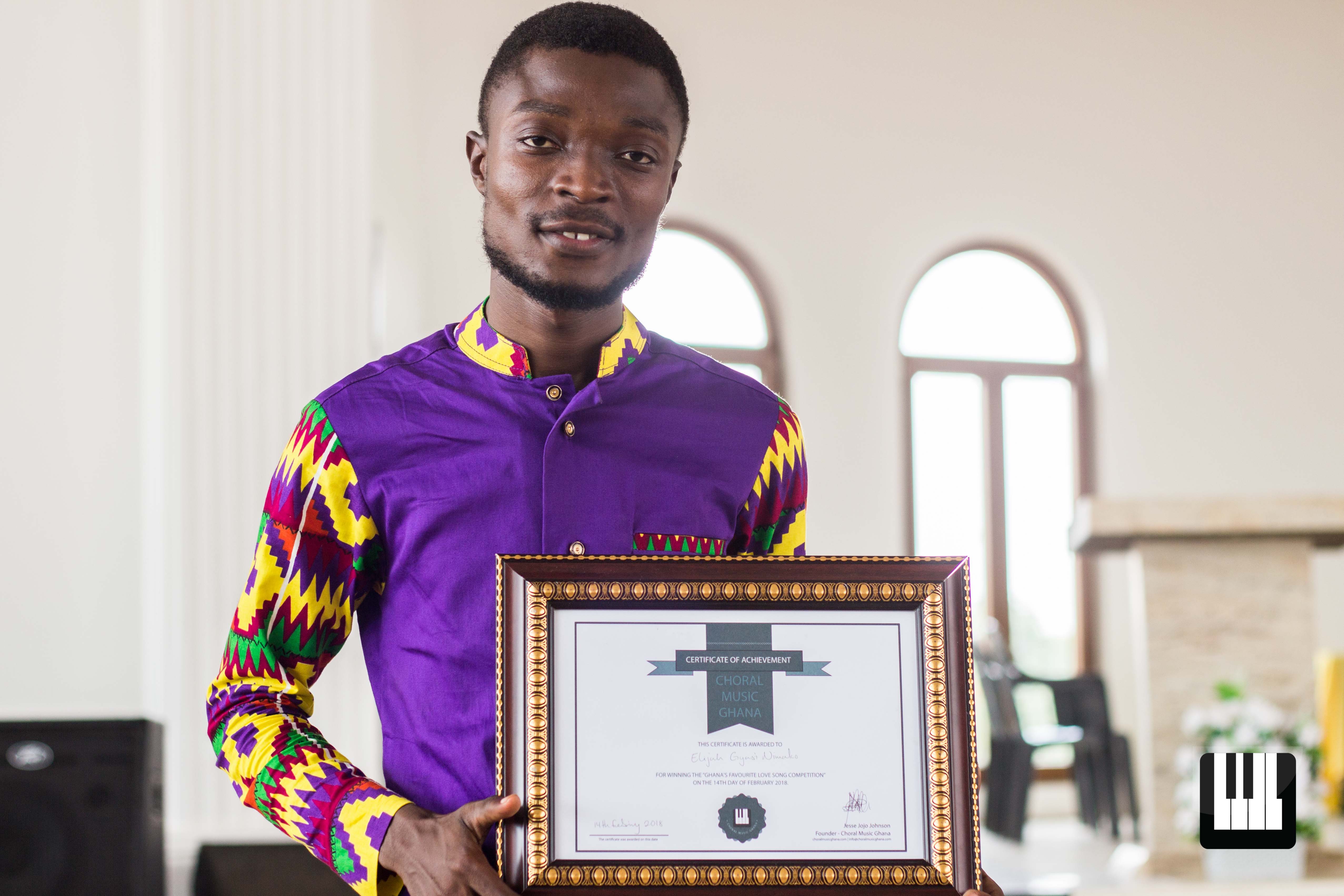 Elijah Gyasi's submission to the competition, “Mɛ Dɔ Wo”, gathered over 340 reactions on Facebook. His competitor, Elikem Seake-Kwawu, managed to clock just over 150 reactions.

Elijah's “Mɛ Dɔ Wo”, the overwhelming favourite of the competition, also managed to gain over a thousand views on Facebook. We spoke to Elijah over the weekend concerning his life as a musician and composer.

Elijah was born in Suame, Kumasi. He currently lives at Lashibi, Tema. He is an experienced music director, having worked with over fifteen choirs, including the Catholic Philharmonic Choir in Kumasi and the African Youth Choir.

He is still a student at the University of Education, Winneba. He is a piano major at the school's Music Department, pursuing a degree in Music. Although his bread-and-butter remains Ghanaian choral music, Elijah's interests range from contemporary pop music to jazz.

He picked up music as a seven year-old chorister at his church, Holy Rosary Choir. By age eleven, he began teaching songs to his Junior High School Choir after learning to read solfège. He began piano lessons when he was eight. In his words, he only began taking music seriously when he was fourteen. Since then, he has worked with various choirs to improve himself as a musician.

Concerning his philosophy of composition, Elijah told us how he learned to value simple, accessible melodies. According to the composer, simpler, catchier tunes help his songs "stick" in the minds of his listeners. This gives them the chance to easily remember what they heard and even sing along when his lyrics are equally simple.

This was something he learned from Professor Sakyi-Baidoo, one of his influential mentors. Elijah attributes the success of “Mɛ Dɔ Wo” to this: a catchy tune and easy to sing-along lyrics.