Junge Kammerphilharmonie in Concert with the NSO

As part of the concert series marking the 60th anniversary of the Ghana National Symphony Orchestra, several musicians from the Junge Kammerphilharmonie Rhein-Neckar visited Ghana for a short tour, workshops with students at the German-Swiss School and musicians from the orchestra and one major concert.

The German musicians, all string players who are part of the young orchestra from Heidelberg, joined members of the NSO for an evening of Classical Music held at the Folks Place, a small open-air amphitheatre conducive for the occasion. The date and time of the event also seemed to communicate the size of the occasion, adding further justification for the venue.

What members of the audience experienced, however, was anything but small.

Members of the audience began streaming into the amphitheatre thirty minutes to the start of the program. Moments before night fell, a comfortable number were already seated. After a somewhat laboured introduction by MC, musicians from Ghana’s symphony orchestra took to the stage to begin their round of performances. 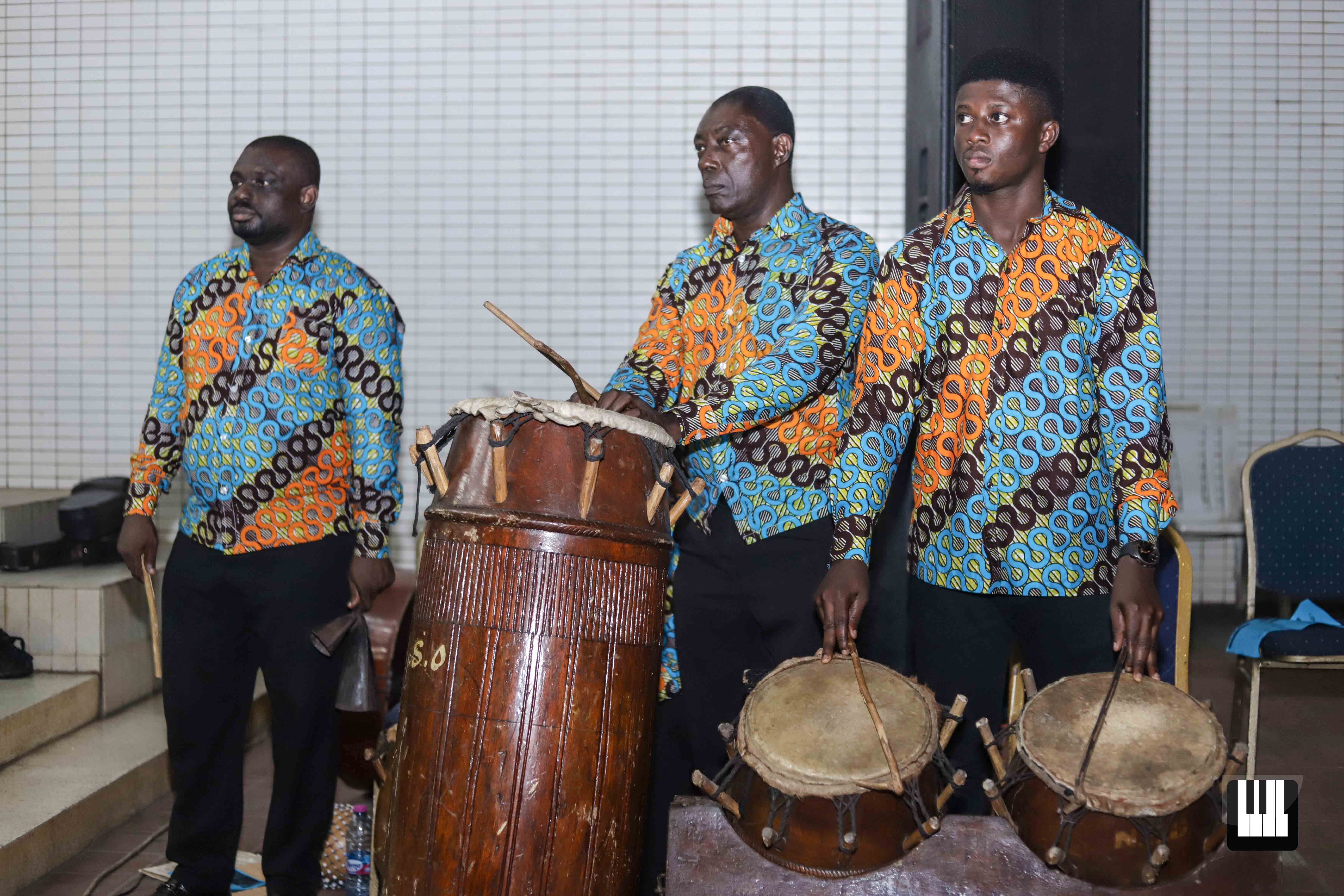 The Ghanaian orchestra opened the night with Ken Kafui’s Kale with its heavy reliance on call-and-response between the orchestra and percussionists on local drums, after which two compositions by Ato Quayson, the resident composer/arranger of the orchestra: Kasa II and Totrobento were performed. Both works were based on folk themes. Whereas Kasa II was a very beautiful, relatively simple harmony accompanied by an agbadza rhythm, Totrobento was largely defined by the prominent trumpet part, which included an impressive cadenza performed by the principal trumpeter of the orchestra, Patrick Agbodza-Gbekle, which introduced a famous tune Agba Ei Midzi Agba Nama.

George Dor’s oddly-named Adowa Fantasy (which didn't seem to have much adowa in it) was the last piece performed for the first half of the first part of the concert.

The next half was taken over by the visiting ensemble. Their repertoire was entirely Western, featuring one work from WA Mozart and ending with one by the visiting conductor, Thomas Kalb. 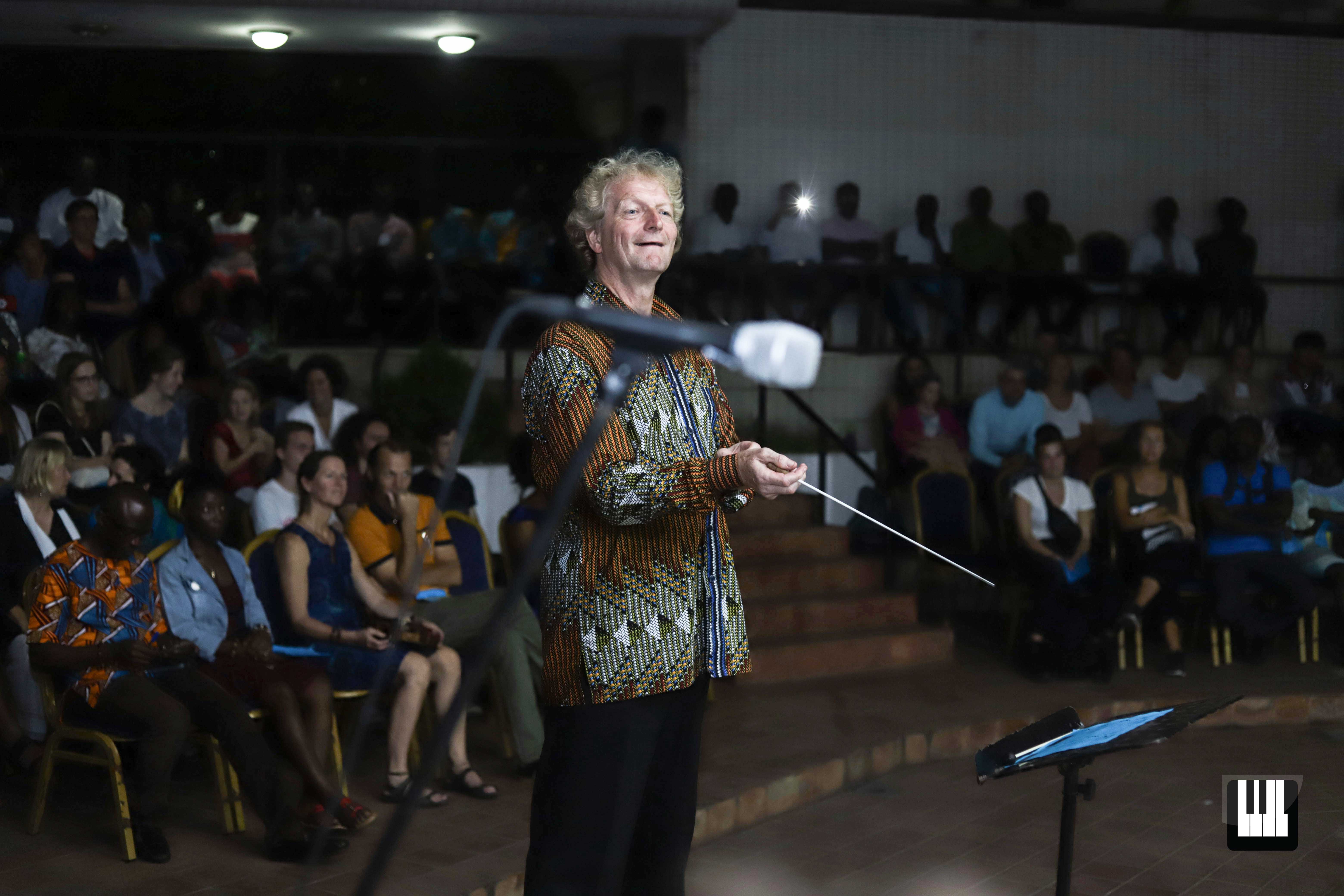 From the first note of the Mozart Divertimento (KV 136 I), the difference in timbre and expression through dynamics was apparent. Under the charismatic direction of their elderly conductor, the emphatic response from the audience told the complete story.

After the thrilling ride that was the Mozart work, the next piece, the cutting fourth movement of William Walton’s Sonata for Strings announced the intent of the young Germans: to present to their audience music of a very different kind. For an audience we believe is accustomed to older music, the concentration of the visitor’s repertoire on compositions made within the last century were a refreshing break from the familiar. 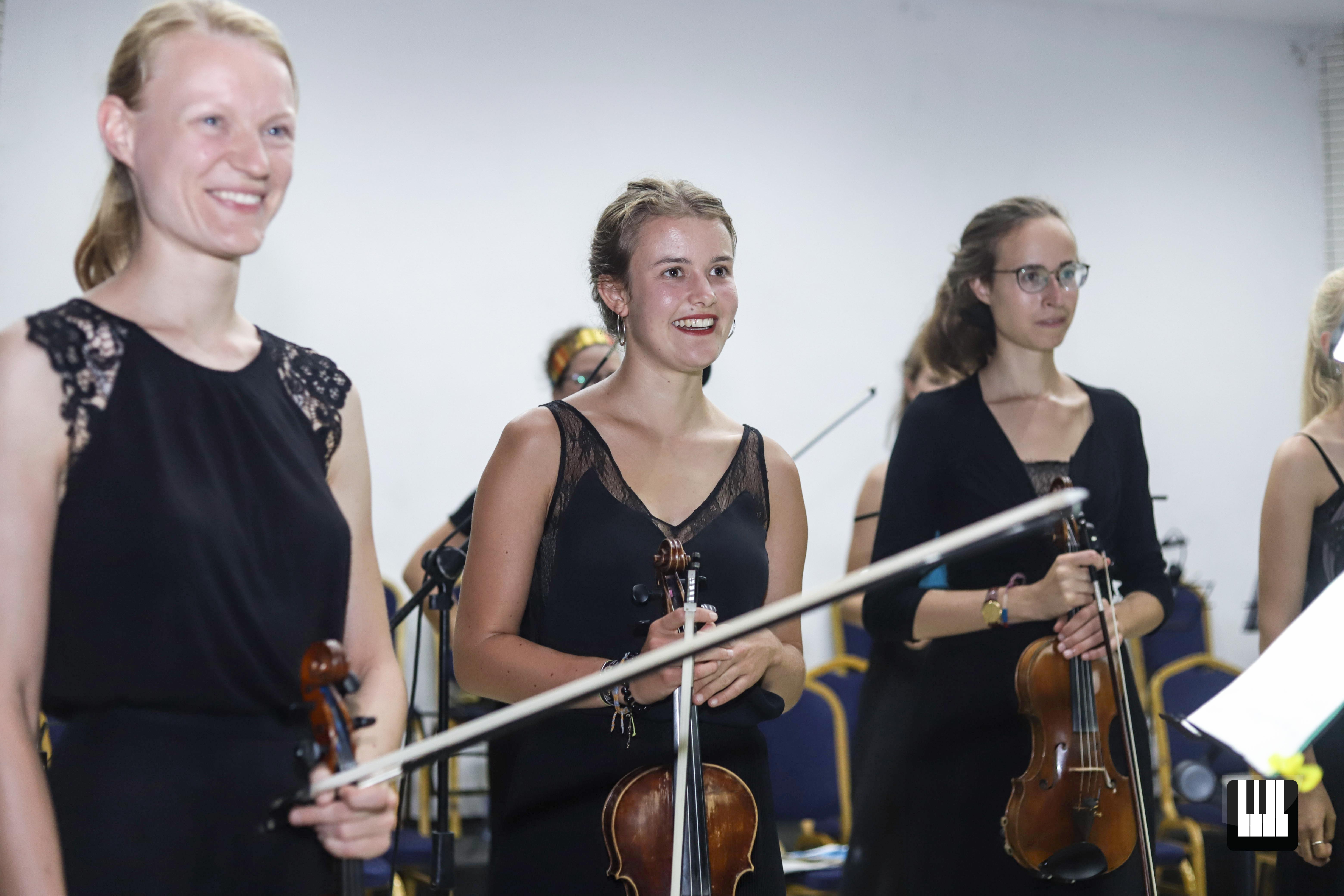 Astor Piazzolla’s Libertango was followed by Thomas Kalb’s own “Ragtime”, a short, sprightly and “very American” composition that felt more like a digression into another musical language. It was followed by another short composition by Mr. Kalb, titled “Blue Note”, which seemed to echo some of the gestures in the Sonata for Strings.

The second half of the concert had both orchestras together playing Western and Ghanaian pieces. It opened with something more ‘traditional’, George Bizet’s ‘Carillon’ and the lively, marching ‘Farandole’ from his first and second L’Arléssiene suites. This turned out to be such a favourite it was performed one more time at the end of the concert. This was conducted by Thomas Kalb.

Between the repeat performances of the Bizets, the audience had another taste of very percussive music from NZ Nayo. His Fontonfrom once again brought to the fore the indigenous drums. This was followed by two more George Dor compositions, the second movement from his Fraternity Suite and “Echoes”. 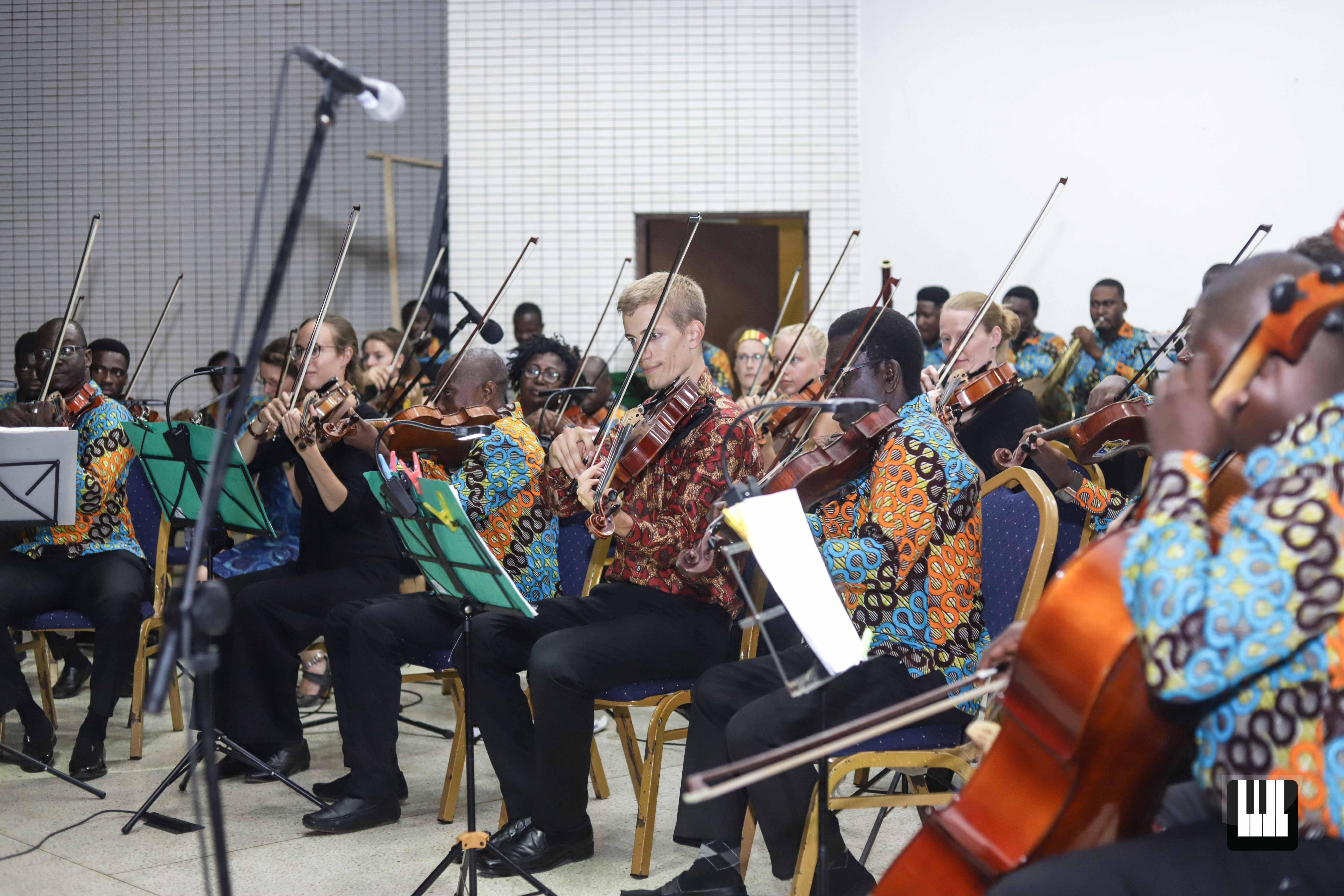 The last piece on the program was choral. Ephraim Amu’s Alegbegbe saw members of the Bitonic Singers join the orchestra on the stage. The Ghanaian music in this section was conducted by Mr. Isaac Annor, director of the orchestra.

For the scale of the concert, it was wildly successful. At the height of the performances, the amphitheatre was filled to its capacity, with only standing-room and the steps available for those who came in later. The numbers pulled into the event were, for us, significant, because of the first-hand exposure the diverse guests would have had to very different musical styles.

The National Symphony Orchestra’s effort of bringing local expression into the world of the orchestra, and embedding their guests into the complex musical language of various Ghanaian ethnicities may go some way into exporting our style of music.

The contrast between the local arrangements versus their Western counterparts was apparent, and left us with a feeling that there is much more work to be done to breathe life into orchestral music of Ghanaian origin.

We left this concert with a lot of positives to take into consideration. It seems clear to us that, through the clout of the National Symphony Orchestra, the Ghanaian audience can be brought closer to the world of orchestral music and world class performances through collaborations with sister institutions from outside our borders.