The Fantastic Four of Harmonious Chorale

Accompanying soloists, choirs etc, is an integral part of choral music. Instruments have usually been used by skilful players to accompany singers. Keyboardists and orchestras over the centuries are amongst the commonest accompanists that have helped enrich the performance of singers.

In Ghana, despite the establishment of groups such as the Ghana National Symphony and the Accra Symphony orchestras, as well as smaller ensembles, most choirs use electronic keyboard for their orchestral accompaniment.

Keyboard orchestras often suffer from the poor quality of sounds produced by the synthesizers attempting to emulate different sections of the traditional orchestra. To overcome this defect, significant effort must be put into making the keyboards sound close to the authentic instruments they represent.

There is a group of four men who come together to execute this task of repping an orchestra quite exceptionally. They are the main accompanists of Harmonious Chorale; Augustine Kweku Sobeng (Principal Organist), Kwame Appiah Jnr, Michael Nana Adu Ntow and Francis Ekow Ayisah Eyeson. 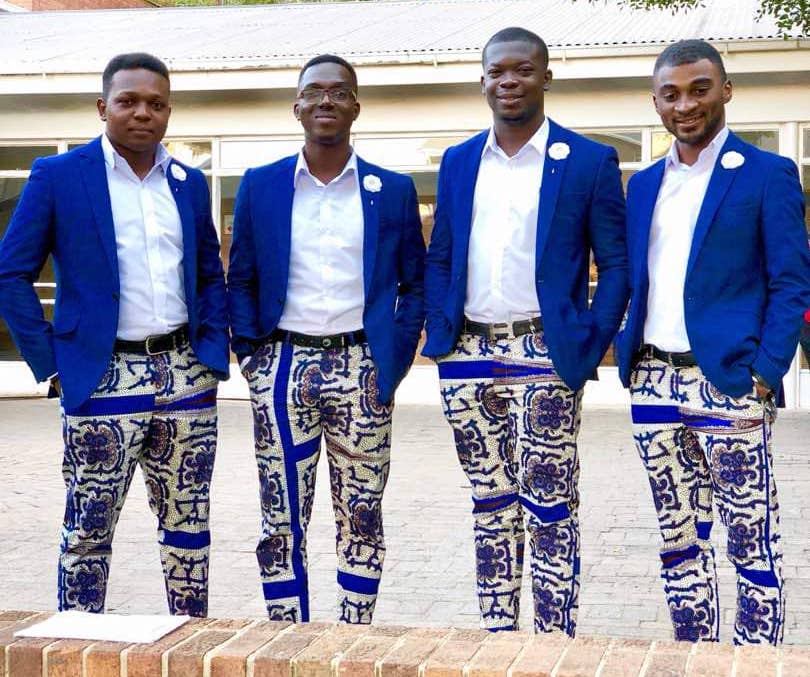 They are known for putting together some of the best accompaniments for many pieces originally composed without written instrumental parts. Some of their more notable successes in choral music have been with Reginald Spofforth’s “Hail! Smiling Morn” and “Dzidzorm” by Kenn Kafui. These have captured the imagination of a lot of choral music loves.

We interviewed Augustine for insight into how he leads his team to put awesome accompaniments together. He told us that each of the keyboardists don’t have reserved roles, that the roles can be switched depending on the style of music and the event at which they are performing.

In instances where there is short time for rehearsal, there are defaults they use for classical pieces; Eyeson plays the double bass with woodwinds (normally flutes), Kwame plays the horns and brass, timpani and cymbals. Michael handles the bassoon, contrabassoon and oboe voices. Augustine handles the full strings. 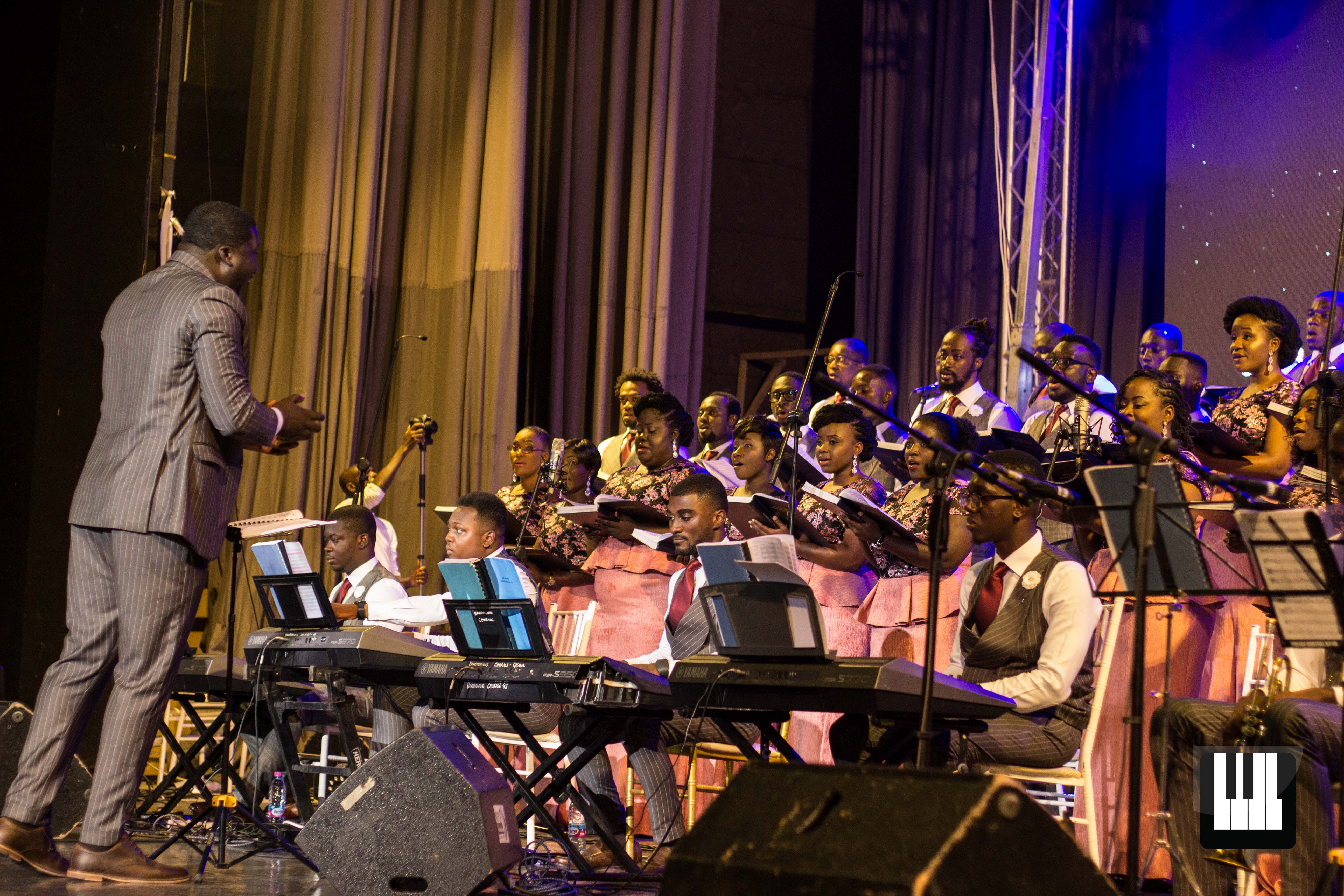 With local anthems, most composers don’t add accompaniment to the pieces; Augustine and his team must take time to put together their arrangement. Some of these, when scored have become the standard accompaniment used by other keyboardists.

While it is easy to expect highlife accompaniment to involve a lot of freestyle playing, Augustine indicated that these “fantastic four” rehearse their parts. Subjecting themselves to intensive half-night rehearsals before some concerts is not uncommon.

We asked him what goes into the scoring of arrangements; Augustine said his team looks for consistency in the harmony. Harmony is an essential part of their output and they ensure all chord combinations match.They keep their accompaniment faithful to the original composition’s character. Next, they look out for “instrumental interest”. 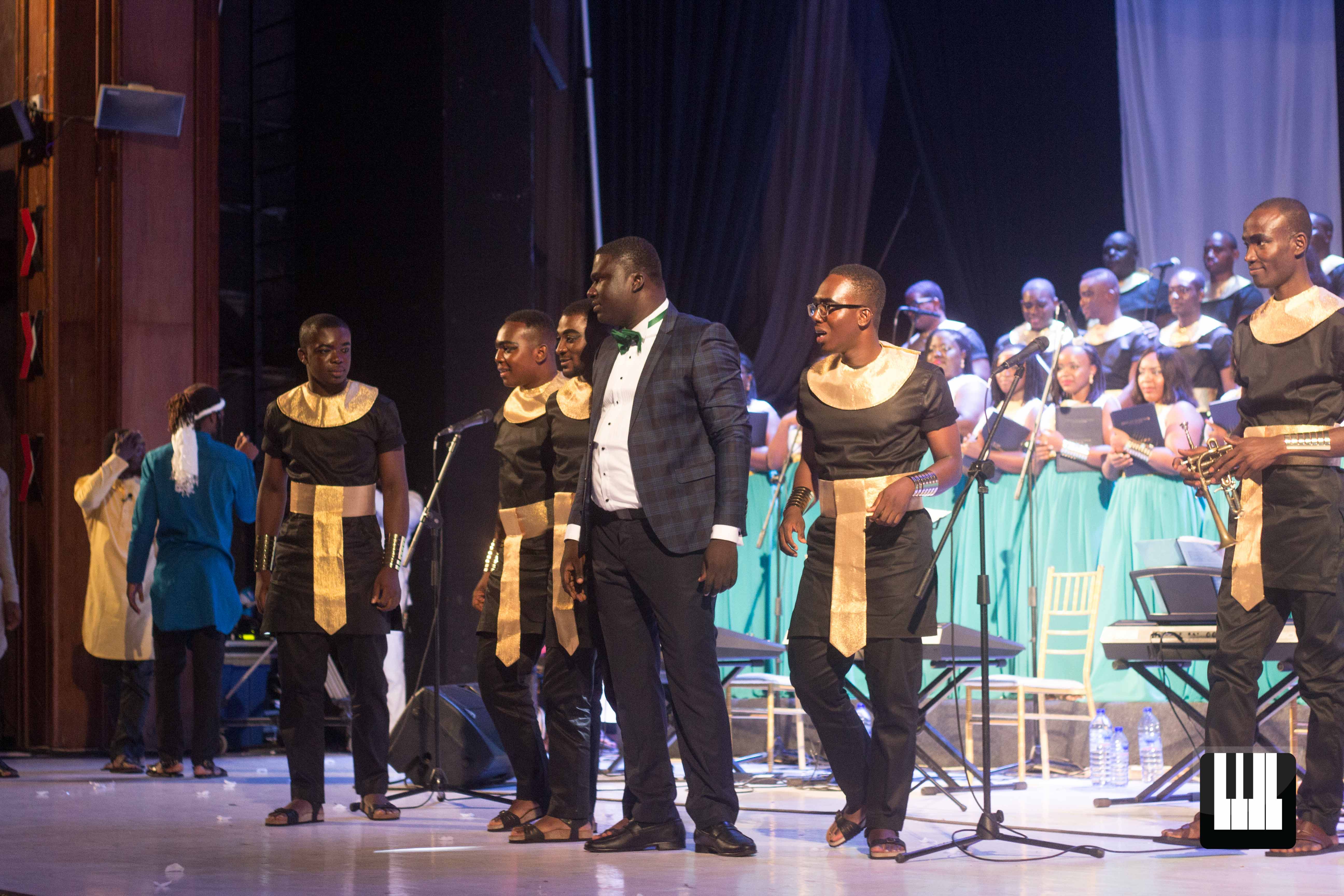 The harmony must be efficiently played out between the instruments; efficiently because not all instruments need to be heard at the same time. Instruments enter and exit at various points. This implies that the players have to be great listeners and equipped with a good understanding of the instruments they represent. They also put a lot of work into finding voices that sound as similar to their acoustic originals.

Augustine also commended his music director, calling him a man with “great taste for excellence”, suggesting that was why he had “people with such great skill and dedication working with him”.

The team plans to train other keyboardists in this art of emulating an orchestra with electronic instruments.